Reflections on Mother Earth, Agriculture and Nutrition. An international contemporary art travelling exhibition, a series of lectures and round tables bringing together stakeholders in the food supply chain and a programme of films on the theme of food. On the effects of climate change, the poisoning of agricultural products, the food distribution gap, famine and other related concerns. Presented by Art for The World. 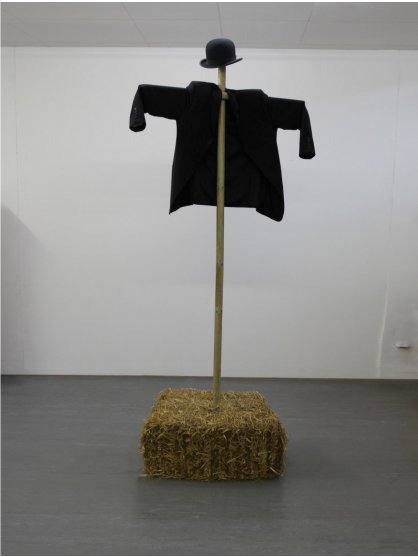 ART for The World presents FOOD, an international travelling exhibition that will be presented in avant-première in Geneva at the Musée Ariana, the Swiss Museum of Ceramics and Glass, at 10 Avenue de la Paix, Geneva, located in the heart of the international organizations area and next to the United Nations Geneva Headquarters.

Designed and curated by Adelina von Fürstenberg, FOOD focuses on the preservation of our Mother Earth and food choices, as well as the effects of climate change, the poisoning of agricultural products, the food distribution gap, famine and other related concerns. FOOD is multi-faceted: a contemporary art exhibition, a series of lectures and round tables bringing together stakeholders in the food supply chain and a programme of films on the theme of food.

In parallel, short films by the following directors will be screened: Jia Zhang-Ke (China), Murali Nair (India), Idrissa Ouedraogo (Burkina Faso), Pablo Trapero (Argentina) and a documentary on Mesa Brasil, produced by the Regional Department of SESC, Sao Paulo, Brazil and one by the Austrian collective wastecooking.

After Geneva and in the context of EXPO Milano 2015, whose theme is Feeding the Planet, Energy for Life, FOOD will be presented at the Spazio Oberdan, Milan in September 2013 in collaboration with the Province of Milan, at the SESC, Sao Paulo from March to June 2014 in collaboration with the Regional Department of SESC, Sao Paolo, and in Marseilles from October 2014 to February 2015 at MuCEM (Museum of Civilisations from Europe and the Mediterranean).

On 16 October 2012, WORLD FOOD DAY, the FOOD project was presented in Milan to the national and international press and media in the presence of Mr. Filippo Ciantia, Head of International Relations for EXPO Milano 2105, Mr. Sami Kanaan, Administrative Counsellor of the City of Geneva and Head of the Department of Culture and Sport of Geneva, Mr. Umberto Maerna, Vice-President of the Province and Head of the Department of Culture of the Province of Milan, Ms. Daniela Rubino, Vice-President of Slow Food, Professor Marina Calloni, University of Milano-Bicocca, as well as the main partners and organizers.

ART for The World is a Non Governmental Organization (NGO), affiliated to UNDPI, the United Nations Department of Public Information, and recognized of public utility by the Canton of Geneva, which aims to mobilize contemporary art, cinema and culture on the key issues of our society. Since its foundation in 1996, ART for The World has organized large travelling projects and produced several short films. It operates mainly in Switzerland, Italy, France, Great Britain, Greece, Turkey, Armenia, India, Africa, Latin America, especially Brazil and in the USA. Since 1998, ART for The World has collaborated with the Regional Department of SESC Sao Paulo, the most important Brazilian NGO. In 2005, ART for The World Europa, its sister association, was founded in 2005 in Turin, with executive headquarters in Milan.