"Olinka or Where Movement Is Created", is a group exhibition and a dialogue between contemporary artists and the works and documents of Dr. Atl and Nahui Ollin; two relevant characters in the artistic scene of Mexico during the 1940s. "Aurora: a project by Pia Ronicke", is an installation which consists of two videos and two slide projections, all of which complement each other. The projection includes archival photographs and documents chosen by the artist to show the Chavez Ravine settlement from the 1940s and the territory as it exists today. 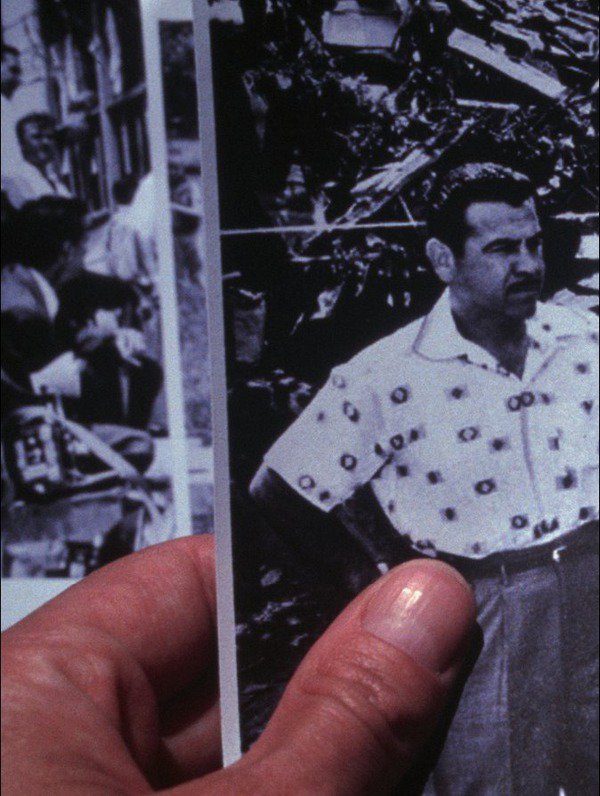 The recently expanded and renovated Museo Tamayo is pleased to announce two new projects opening as 2012 draws to a close: Olinka or Where Movement Is Created, a group exhibition curated by Adam Szymzcyk, guest curator, and Aurora: A project by Pia Rönicke, curated by Magnolia de la Garza, Associate Curator at Museo Tamayo.

Szymczyk was originally invited in 2010 to curate an exhibition at the Museo Tamayo. Since then, he has become interested in the concept of Olinka, a project conceived by the Mexican artist Dr. Atl (Gerardo Murillo 1875–1964). "Olinka" is Dr. Atl's name for his imaginary international city of culture, where artists, poets, philosophers and scientists would gather to plan human evolution. Olinka comes from the word Ollin, which is Nahuatl for movement, change and earthquake.

The imaginary conception of Olinka is transferred to the exhibition space seen as a place in movement. The curatorial discourse proposes a dialogue between contemporary artists and the works and documents of Dr. Atl and Nahui Ollin; two relevant characters in the artistic scene of Mexico during the 1940s. The exhibition features works by Nairy Baghramian, Ross Birrell and David Harding, Mariana Castillo Deball, Kate Davis, Thea Djordjadze, Susan Hiller, Paulina Olowska, Manuel Rodríguez Lozano, Vivian Suter, Tercerunquinto, Danh Vo and Elisabeth Wild.

In spite of the differences between the original contexts in which these works were made, every piece in this exhibition shares a peculiar relation with the past. Far from considering history as a collection of facts accumulated in memory, Olinka or Where Movement Is Created perceives history as an unstable territory in constant movement, with the possibility of becoming materialized when being reinterpreted or evoked.

Aurora: A project by Pia Rönicke, is an elaboration and continuation of her former work Scanning Through Landscapes (2008–2010), a story that revolves around the site in Los Angeles called Elysian Park, a place hidden in the hills of the park that used to be the home of a small settlement called Chávez Ravine, which established there in the early 1900s.

Chávez Ravine was an urban settlement largely inhabited by descendants of Mexican immigrants. In 1949, the Los Angeles government negotiated the purchase of the houses from the owners, who were promised to receive a new home from the new public housing program said to be developed in that land. However, the plans were abandoned, leaving many of the members from this community homeless. In 1960 the area was used for the construction of the stadium for the Los Angeles Dodgers and Angels baseball teams. Nevertheless, the residents who remained in the neighborhood tried to resist eviction; Aurora Vargas was one of the last residents who refused to abandon her house, which led to her imprisonment in 1959.

The installation Aurora at the Museo Tamayo consists of two videos and two slide projections, all of which complement each other. The double-slide projection includes archival photographs and documents chosen by the artist to show the Chávez Ravine settlement from the 1940s and the territory as it exists today. The video shows eviction records of the last residents, including that of Aurora Vargas.

Lastly, the film Aurora is based on archival documents, excerpts from television broadcasts of the Chavez Ravine settlement, as well as newspaper articles and interviews with its former residents. Pia Ronicke combines this information to create a narrative that is read through a series of letters by the artist to Aurora, and which takes place at an indefinite time between 1959 and 2012. In this way the boundaries between fiction and reality are blurred as the documents and facts are presented within an imaginary structure.

These projects have been accomplished thanks to the support of Fundación Olga y Rufino Tamayo, Fundación Colección Jumex, Grupo Habita and the Danish Arts Council.