Charles 'Teenie' Harris photographed the events and daily life in Pittsburgh's African American community between 1936 and 1975. The Carnegie Museum is now seeking help to identify the people, places, and activities taking place in these images. 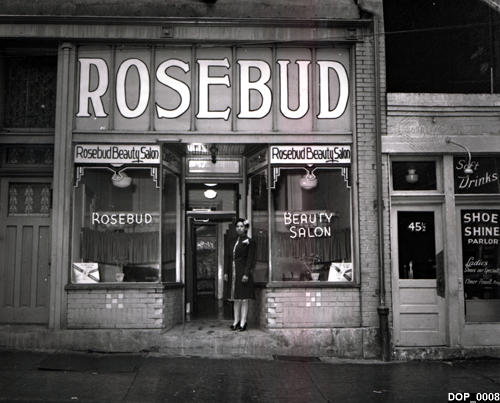 Pittsburgh, Pennsylvania...Charles "Teenie" Harris photographed the events and daily life in Pittsburgh's African American community between 1936 and 1975 for the Pittsburgh Courier, one of the nations' most influential Black newspapers.

In 2001, Carnegie Museum of Art acquired Harris' archive of nearly 80,000 photographic negatives, few of which are titled and dated. The archive, a richly detailed record of public personalities and events, and the daily lives of average people, is considered one of the most important documentations of 20th-century African American life.

The museum is now seeking help from members of the community, familiar with the history of the era, to identify the people, places, and activities taking place in approximately 3700 images, many of which have never before been on display. Approximately 200 work prints and 3500 photocopied images will be on view inthe museum's Forum Gallery from July 5 through November 16, 2003.

To maximize community involvement with the project, Carnegie Museum of Art and Carnegie Library of Pittsburgh will collaborate on an extension of the program in neighborhood library branches, where bound sets of all images will be available along with "memory sheets" to record comments and recollections. Oral historians, from the University of Pittsburgh's Department of History, will be scheduled at all locations to record visitors' comments.

The images will also be shown in rotation on the museum's web site with links to an on-line memory sheet that will be forwarded to the museum. In addition, the museum's community liaison, Deborah Starling Pollard, will give free slide-illustrated presentations about the project to community organizations during this period. The information that is gathered from this project will be entered into the museum's collections database and will be available on-line. The project is a collaboration among Carnegie Museum of Art, Carnegie Library of Pittsburgh, and the University of Pittsburgh's Department of History.