International Tendencies of Figurative Painting. The artworks arrive from all over the world, loaned from 9 countries, 50 galleries and private collectors. 106 works from 28 artists will be exhibited in the halls of the museum. 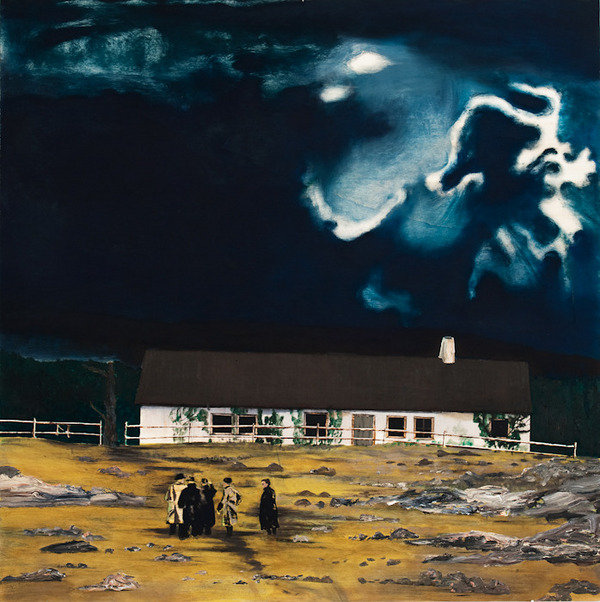 MODEM is preparing for another significant international exhibition. Nightfall presents the works of the most known and exciting figurative painters, most of the artists hasn’t been exhibited in our country yet. Thus, nightfall has a great chance to become a leading exhibition in Hungary. The artworks arrive from all over the world, loaned from 9 countries, 50 galleries and private collectors. 106 works from 28 artists will be exhibited in the halls of MODEM. The list of the loaning institutions spreads from the White Cube Gallery London, through Eigen and Art Leipzig/Berlin to Mihai Nicodim Gallery Los Angeles. The insurance value of the artworks exceeds the 1.5 milliard Hungarian Forints. The main topic of the exhibition is the insecurity, the short story by Isaac Asimov, Nightfall, 1941 served as the inspiration of the concept.

The curator of the exhibition is Jane Neal, independent art critic and curator, leading expert on the contemporary art scene in Eastern Europe.
The George Economou Collection, a private collection of a Greek ship magnate cooperates in the project with standing the full price of shipment of their artworks from Greece. Karin Mamma Andersson’s Night Guest is an emblematic work of the exhibition, it’s also on the cover of the catalogue.

" The evocatively titled Nightfall brings together some of the most exciting, bold and innovative figurative painters working today The exhibition's theme was inspired by a short story called 'Nightfall', written by Isaac Asimov in 1941. The story is concerned with what might happen to a planet that previously knew constant sunshine but then had darkness befall it. To summarise: the inhabitants go mad and civilisation breaks down. In multifarious ways, Asimov’s story resonates with many artists, particularly painters, working today. It’s as if a metaphorical darkness is drawing in and the artists can feel it. Call it restlessness, or an obsession with seeking out something tangible amidst uncertainty, but the majority of the featured artists of Nightfall are expressly known for their tendency towards darkly atmospheric, uneasy subject matter: charged exchanges, threatening situations, disturbing imagery and often dark and muted tones. As these artists were born during the Cold War and are working in a climate that has recently been described as ‘The Dawning of the New Dark Ages’, we should not be surprised that they reflect something of the anxiety that has settled like a mantle over so much of the world’s skies. With growing concerns over the global economy, political tensions and an increasing tendency towards autocracy in certain, powerful countries, the world is troubling. The civil libertarian, William Orville Douglas, argued: ‘As nightfall does not come at once, neither does oppression. In both instances, there’s a twilight where everything remains seemingly unchanged, and it is in such twilight that we must be aware of change in the air, however slight, lest we become unwitting victims of the darkness. ‘Art does not have to be overtly political to make a point, but it does rely on artists and those around them paying attention to what is happening in the world, even if it is about communicating a change in atmosphere as well as action. Nightfall is testimony to what art can do when people refuse to blind themselves to the darkness."
Jane Neal