An opening. The Anthropocene Project opens with a four-day gathering, bringing together renowned thinkers, artists, filmmakers, scientists, and scholars to meet, discuss, and debate an archipelago of thoughts. 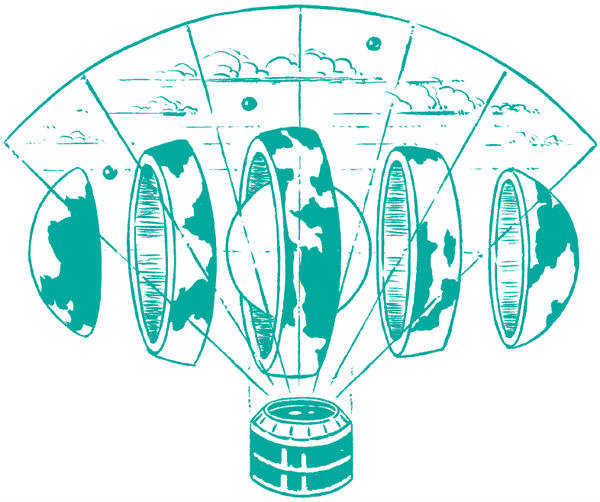 Nature as we know it is a concept that belongs to the past. No longer a force separate from and ambivalent to human activity, nature is not an obstacle nor a harmonious other. Humanity forms nature. Humanity and nature are one, embedded within the recent geological record.

This is the core premise of the Anthropocene thesis, announcing a paradigm shift in the natural sciences as well as providing new thought models for culture, politics and everyday life. Popularized by Nobel laureate and chemist Paul Crutzen, the basis for the Anthropocene as our current geological epoch rests on the claim that humankind is the driving power behind planetary transformation. Over the next two years, the HKW embarks on an exploration of this hypothesis and its manifold implications.

The Anthropocene Project opens with a four-day gathering, bringing together renowned thinkers, artists, filmmakers, scientists, and scholars to meet, discuss, and debate an archipelago of thoughts. Fundamental positions, issues, and implications posed by "the age of mankind" are considered: If the opposition between humanity and nature has been dissolved, what processes must we undergo to shift our perspectives and trained perceptions? Where to draw the borders of an ever-expanding "planetary garden"? Is it necessary to rethink the nature of economies, or should we assign nature its own economy? What impact does the Anthropocene have on global, political decision making? What image of humanity forms if nature appears in the image of man, as if it were human?

The Opening employs multiple formats to facilitate presentation, discussion, and reflection. Organized around the themes "Perspectives," "Times," "Gardens," "Oikos," and "Techné," five Island Stagings offer trans-disciplinary landscapes and thingly narratives where our entanglement within the world may unfold. Keynotes will address the socio-political, philosophical, and creative capacity of the Anthropocene thesis to (re)mobilize the planet. Pointed questions to and provocative opinions around the Anthropocene are exchanged in a series of Dialogues.

Two Roundtables tackle storytelling and friction under the sign of the Anthropocene. Specially commissioned Artistic Interventions present visual, spatial, and poetic reflections, particularly considering the cosmological dimensions of the Anthropocene thesis. A Research Forum brings together researchers and experts to discuss their ongoing projects. A Metabolic Kitchen, an architectonic culinary intervention designed by raumlaborberlin, suggests a sensory experience of social relations approached via metabolic processes.

10–13 January 2013
The Anthropocene Project. An Opening
... as if it were human
Island Stagings, Keynotes, Dialogues,
Artistic Interventions, Roundtables, Research Forum

26 April–1 July 2013
The Whole Earth. California and the Disappearance
of the Outside
Exhibition
21–22 June 2013
Conference

from 22 May 2013
Anthropocene TV
Film Series

Further information and all events: www.hkw.de/anthropocene

The Anthropocene Project is an initiative of Haus der Kulturen der Welt in cooperation with the Max-Planck-Gesellschaft, Deutsches Museum, the Rachel Carson Center for Environment and Society, Munich and the Institute for Advanced Sustainability Studies, Potsdam.