King Give Us Soldiers. Bodoni's practice is characterized by large, complex canvases, usually depicting industrialist and viscerally atmospheric backgrounds in which his characters innocently exist. 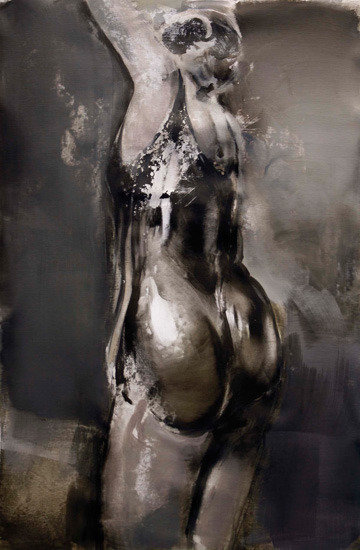 Green Art Gallery announces the first solo exhibition of Hungarian painter Zsolt Bodoni in the region. Bodoni's practice is characterized by large, complex canvases, usually depicting industrialist and viscerally atmospheric backgrounds in which his characters innocently exist. Through an investigation and analysis of historical processes, Bodoni draws from archives of literature, art history and music, his practice functioning in an archaeological manner, peeling back layers and tracing collective histories and beliefs down to their roots.

A recurring motif in his work is bringing to the forefront established systems of power, which is often symbolized through figures of animals depicted as machines and tools of war, used by the race of man in his unbending quest for power. In the case of this new series, the concept of systemic education is explored in depth. Tracing the root of the word 'education' in Latin, which is 'duco,' the artist ironically observes the associated connotations of the word, "to lead or mislead, to shape, to influence." His characters, appearing youthful and innocent, participate with enthusiasm in scenes depicting physical education, an image associated with post-WWII notions of praising youth for physical strength through conformity. Bodoni's characters are also often brought to life through the female form, a subject which perhaps depicts most noticeably the transient stages of body representation through the art-historical spectrum. From the art of ancient Greece, to Neoclassicism and social realism, the female body has been used as an archetype reflective of its times. In this series of works, the artist draws on images of women taken from the Third Reich propaganda movement in which the female form morphed from the idealism of ancient Greece to being physically robust and completely dedicated to motherhood, reflective of the role women were required to play within society of the time.

Invisible power games that come to pass early on in our childhood are also a source of fascination for the artist. Holding hands, his characters often act out children's games such as "King give us soldiers," inevitably participating in their first act of war. For the artist, systems of education have undertones which can lead towards the diminishing or even loss of individual personalities and identities, much like what is expected of soldiers completing their training. The consequences of such practices are presented in his work as a crowd of strange, faceless people, who involuntarily become grouped under a strong militant control. This mass is dehumanized to a point where it becomes wild and brutal yet strangely resigned; as if this kind of existence is a natural and logical way to be.

In this new series of works, the 'landscape' itself has moved from the background to become figurative, as recurring images taken from postcards and photographs of post-WWI–WWII Eastern Europe exist as artificial independent elements within the canvas. By re-casting history and bringing it into the present, Bodoni thrusts his viewers into an uncomfortable awareness of their own indifferent naivete.

Born in Élesd, Romania, in 1975, Zsolt Bodoni received his MFA from the Hungarian Academy of Fine Arts in Budapest, Hungary. Solo shows include Remastered at Brand New Gallery, Milan; Gods and Mortals at Mihai Nicodim Gallery, Los Angeles; Foundries of Ideologies at Ana Cristea Gallery, New York; and Monuments at FA Projects, London. He has shown shown in several important group shows including the Prague Biennale (2009, 2011); Leipzig Walkabout, Leipzig, Germany (2011); Knoxville Museum of Art, Knoxville, Tennessee (2010), Calvert 22, London (2009); and Plan B, Cluj, Romania (2008). His work has been featured and reviewed in Art in America, Flash Art and The New York Times. In 2009 he was selected for the "Top 100 Emerging Artists" by Flash Art International. He lives and works in Budapest, Hungary.