'Collaborative Effects' tracks Piero Gilardi's approach to collaboration within and outside the art world over a 22-year period from 1963 to 1985 through his interactive sculptures and his creative work with social and political movements. John Newling is a pioneer of public art with a social purpose, this survey exhibition presents a selection of his work from the 1970s to the present day. 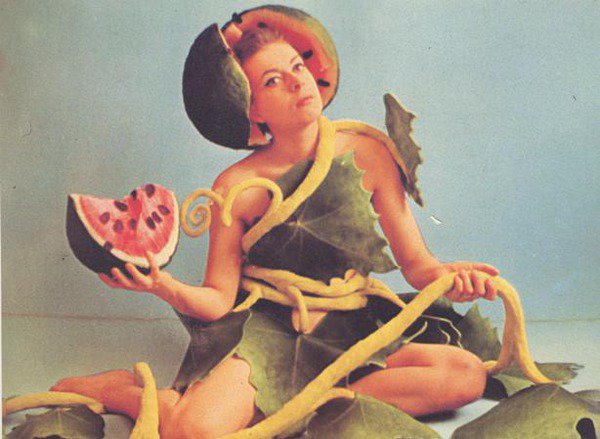 Piero Gilardi was an influential figure in the development of Arte Povera (poor art) in Italy in the late 1960s centred in Turin – a movement that still influences art today. From the outset, he was concerned with creating social relations through art. Collaborative Effects tracks Gilardi’s approach to collaboration within and outside the art world over a 22-year period from 1963 to 1985 through his interactive sculptures and his creative work with social and political movements. It brings both these stories up-to-date through the inclusion of recent sculptures and work relating to anti-austerity and environmental campaigns in Italy. Collaborative Effects reveals the significant role Gilardi played in the development of the Italian and international avant garde of the late 1960s and 70s. It also reveals him as an important precursor of participatory and socially-engaged art practices today.

The exhibition begins with Gilardi’s early sculpture – interactive sculptures based on natural motifs, including his celebrated Nature Carpets. Gilardi’s Nature Carpets are highly colourful, realistic sculptures of slices of nature made from carved and painted foam. A large number of these are included in the exhibition. Gilardi encouraged people to use them – to lie on them, picnic on them, and carpet their homes with them. Other early sculptures were designed to be worn as clothing. These sculptures are now too delicate to be physically engaged with but visitors are invited to interact with a few similar recent works in the exhibition – a rocky mound with interior lights and a lifesize jigsaw puzzle of a flower-bed.

Gilardi was always the most politically engaged artist of the Arte Povera scene. In the late 60s, at a time of great political turmoil in Italy, he left the art world altogether, becoming a “creative facilitator” of street theatre and demonstrations for a range of radical causes – workers’ revolution, the antipsychiatry movement, radical youth groups, and the rights of indigenous people around the world. This work took the form of making sculptural props and choreographing actions, practices he continues to this day. Often based on satirical cartoons, Gilardi’s agit prop objects, like his sculptures, are executed in his favourite medium: carved and painted foam.

Piero Gilardi: Collaborative Effects is a partnership with Castello di Rivoli in Turin and Van Abbemuseum in Eindhoven.

John Newling is a pioneer of public art with a social purpose. His works explore the natural world and the social and economic systems of society – such as money or religion. He belongs to a generation of artists whose work evolved from Conceptual Art, Land Art and Arte Povera – art movements occurring during the 1960s, that placed emphasis on the concept, process and site of the work, alongside material and aesthetic properties. This is Newling’s first major survey exhibition and presents a selection of his work from the 1970s to the present day.

The first section of the exhibition plays with ideas relating to money and religion. Works include replicas of high street cash machines made in copper, large glass bowls stained with the dirt and debris cleaned from the surface of 50,000 two pence coins and glass cabinets that display items related to the act of taking communion in the Christian church.

The second section features new artworks inspired by the natural world and its ecological systems. Newling has previously produced sculptural artworks through horticultural processes and he has worked with two plant species with extraordinary properties. Newling grew and harvested over eighty Walking Stick Cabbages (Brassica oleracea). These can be seen to change physically over the course of the exhibition, as they dry and harden. Newling became interested in their use value – the trunks have traditionally been used as walking sticks.

Two silver-lined hydroponic growth tents contain young Miracle Trees (Moringa oleifera), a continuation of an earlier project at Nottingham Contemporary in The Study. Through carefully regulated levels of light, carbon dioxide and water, the tents simulate the trees’ native climate conditions in the Himalayan foothills of north-western India. Newling became interested in the plant when researching the species’ uniquely generous properties for healing and nutrition.

John Newling lives in Nottingham, where he has recently retired as Professor of Installation Sculpture at The Nottingham Trent University. In 1985 he was awarded the first Fulbright Fellowship in Visual Art and he has installed works across Europe and the USA. His large scale public artworks include major commissions for the Post Office and The Inland Revenue.

The title of the exhibition was suggested by Jonathan Willet's essay on Newling's work, 'Between Laboratory and Garden: An Ecology of Values

Contemporary Art and the Politics of Ecology
A discussion departing from the concerns of the current special issue of Third Text, guest-edited by TJ Demos and dedicated to the intersection of art criticism, politico-ecological theory, environmental activism, and postcolonial globalization. Including presentations by Demos alongside contributors to this publication, Peter Mörtenböck and Nabil Ahmed, the discussion will address new aesthetic strategies through which ecological emergencies—including the multifaceted crisis of climate-change - have found resonance and response in artistic practice and more broadly in visual culture.