Moment. A central theme of this exhibition is Le Corbusier's oscillation between two seemingly disparate pursuits: his celebration of mechanical objects and his search for poetic forms. The exhibition will highlight the way in which this complex relationship developed from his youthful study trips around Europe to his late work, investigating the resonances between artistic work and architectural design. 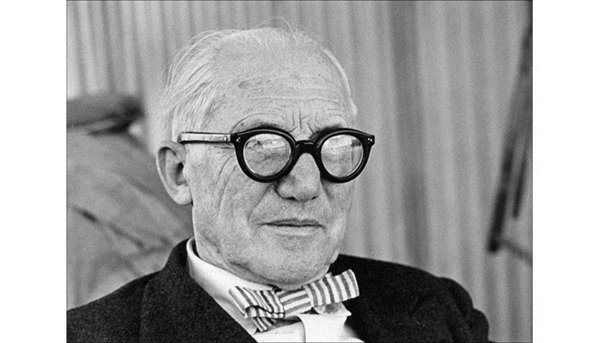 Moderna Museet is making room for Le Corbusier and the first exhibition in Northern Europe covering his entire oeuvre. We all know that Le Corbusier is the most important architect of the 20th century, but comparatively few are aware that he was also a practising artist. The exhibition Moment – Le Corbusier’s Secret Laboratory is a unique opportunity to discover the full range of his output - with rarely-shown sculptures and paintings that shed new light on his most famous projects.

Moment – Le Corbusier’s Secret Laboratory highlights two seemingly disparate pursuits of Le Corbusier (born Charles-Édouard Jeanneret, 1887- 1965): his glorification of mechanical objects and his quest for lyrical form. Our exhibition shows how this complex relationship developed, from his study travels around Europe in his youth, to his later works, and how his artistic practice is reflected in his architecture. At the centre of attention is Le Corbusier’s artist’s studio – his “secret laboratory”.

The exhibition has five different themes. Each part deals with a vital step in Le Corbusier’s output: his purist paintings and the 1920s villas; his rediscovery of common values in the 1930s; his search for artistic synthesis after 1945; and the complex retrospection in his later works. Special attention will be given to Le Corbusier’s Swedish connections. His proposal for the urban plan for Lower Norrmalm in Stockholm (1933) and the museum he designed for the Ahrenberg collection (1962) are compared to related plans and projects. Moment – Le Corbusier’s Secret Laboratory comprises a variety of media and formats. The 200 works include paintings, landscape drawings, still-lifes, portraits, sculptures, textiles, architectural drawings, building and urban planning models, books and photographs.

“Moderna Museet is pursuing its aim to generate a dialogue between the fine arts and other disciplines. Le Corbusier is a key figure when it comes to understanding 20th-century modernity and contemporary living, and the way that many of his ideas were born in his painter’s studio is a revelation. We are delighted to have Jean-Louis Cohen, the world’s leading expert on Le Corbusier, working on this exhibition with us,” says Daniel Birnbaum, director of Moderna Museet.

The curator of the exhibition is Jean-Louis Cohen, professor at the New York University and author of numerous books on Le Corbusier. Cohen initiated the exhibition at the Centre Pompidou to celebrate the 100th anniversary of Le Corbusier’s birth. He is currently involved in the preparations for Le Corbusier: An Atlas of Modern Landscapes, which is set to open at the Museum of Modern Art in New York in June 2013. The associate curator is Pascal Mory, who has been in charge of several major architectural exhibitions, including Towers and Skyscrapers, from Babel to Dubai at CaixaForum in Madrid. The curator for Moment – Le Corbusier's Secret Laboratory at Moderna Museet is Fredrik Liew.

Moment – Le Corbusier’s Secret Laboratory is organised by Staffan Ahrenberg in collaboration with the Fondation Le Corbusier and the Ahrenberg Collection, with major contributions from the AVC Charity Foundation and the Swiss Arts Council Pro Helvetia.