'Curators' Choice' explores the relationship between curator and artist, and looks at how each practice complements, or conflicts with, the other. David Batchelor presents a new sculpture, 'Anatomy Lesson 3', which relates to an occasional series of work that he makes using soft toys found in the street. 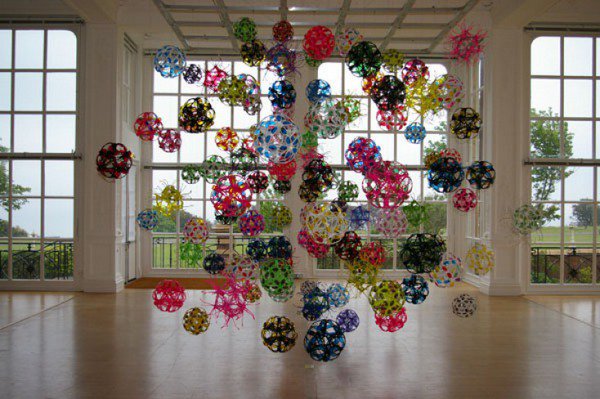 Pippy Houldsworth Gallery is delighted to present Curators' Choice from 25 January to 2 March 2013, an exhibition that brings to the forefront important artists, emerging and mid career, whose work is of particular interest to internationally respected curators at the current time. This exhibition explores the relationship between curator and artist, and looks at how each practice complements, or conflicts with, the other. Anne Ellegood, Hammer Museum, LA; Christoph Schreier, Kunstmuseum Bonn; Tamsin Dillon, Art on the Underground; and freelance curators, Thea Herold and Tereza de Arruda, have each been invited to select one international artist who they feel is making a unique contribution to the contemporary art scene. Their chosen artists are Anna Barham, Clem Crosby, Alex Flemming, Anton Henning, and Scott Olson.

Tamsin Dillon, Head of Art on the Underground, has selected young London artist, Anna Barham, who deconstructs and tests the nature of language and forms. Barham has recently exhibited at Tate Modern, Matt’s Gallery, The Drawing Room, the ICA, London, and IMMA, Dublin; and was commissioned by Art on the Underground in 2012 to work on a new project for White City Underground station, which took the form of posters on site, and correlating videos to be viewed online.

Tamsin Dillon has over 15 years experience as a curator, and has developed the Art on the Underground programme since 2003. She has previously worked with, and for, many organisations including Chisenhale and Whitechapel Galleries, London, and Capp Street Project, San Francisco. She is a member of the Fourth Plinth Commissioning Group, and is on the Board of Trustees for Turner Contemporary in Margate.

Christoph Schreier, Deputy Director of Kunstmuseum Bonn, has selected British artist, Clem Crosby. Crosby approaches painting as a gestural mode of image production, combining the subtle map-making possibilities of drawing within an abstract field. He has been included in important museum exhibitions worldwide including A New Modernism, Southampton City Art Gallery; About Vision: New British Painting in the 90s, Museum of Modern Art, Oxford; Contemporary Art at the Courtauld, London; Fact and Value-New Positions in Painting, Kunsthal Charlottenborg; Minimalism: Then and Now, UC Berkeley Art Museum, CA; Vivid: British and American Abstract Art, Mead Gallery, Warwick Arts Centre; and Tate Britain Drawing Symposium, London, to name a few. He showed a series of works as part of the Venice Architectural Biennale in 2012 and will also be part of New Art From Britain, opening at MOCCA Toronto in February 2013.

Brazilian curator, Tereza de Arruda, who lives and works in Berlin, has selected Anton Henning, who will show new works made specifically for this exhibition including portraits of Amy Winehouse and Thomas Mann. These paintings explore the psyche of two artists who have had enormous influence on our international culture, and continue to do so from beyond the grave. Flirting throughout his practice with modes of modernist and gestural abstraction, here Henning locates an irony in the act of appropriation and reconfiguration of a Cubist modality in relation to his subjects. Henning has had recent solo exhibitions at Magasin 3, Stockholm; Mamco, Geneva; Talbot Rice Gallery, Edinburgh, Kunsthalle Mannheim, and Gemeente Museum, Den Haag.

Thea Herold is a curator, writer and journalist, based in Berlin, and has been Lecturer in cultural journalism at the Berlin University of Arts (UdK) since 2003. She was part of the Performance meetings ‘Concert for a Spinet’ at the Cooper Union, New York in 2004, and results of her experiments in simultaneous writing performances have appeared at the Konrad Adenauer Foundation in Berlin. She was awarded the Carl Einstein Prize from the Baden-Württemberg Art Foundation, Germany.

Pippy Houldsworth Gallery is delighted to present a new commission for The Box by London based Scottish artist David Batchelor from 25 January to 2 March 2013. Batchelor is well known for his study and exploration of colour through his three-dimensional works, photographs, paintings, drawings and writings. Here, he presents a new sculpture, Anatomy Lesson 3, which relates to an occasional series of work that he makes using soft toys found in the street. A dilapidated teddy hangs from a thin metal wire, rotating eerily slowly via a mirror ball motor. Playing with the perpetual optimism of this device, this bear is obsessively peppered with coloured jewels.

Anatomy Lesson 3, 2012, has been made especially for The Box, a micro project space consisting of a floating white cube set inside a black vertical opening. The Box is a unique architectural space through which the gallery facilitates new projects with important emerging and established artists. Other recent commissions include Ai Weiwei, Martha Rosler, Daniel Arsham and Olaf Breuning.