The exhibition features 16 artists (groups) from around the world presenting the idea of autonomy in the various forms it takes in artistic expression. Their work makes references to some of the most interesting and efficient social projects of creating self-organizing communities, like in many 'marginalized' communities such as urban slums, immigration quarters and isolated rural areas. 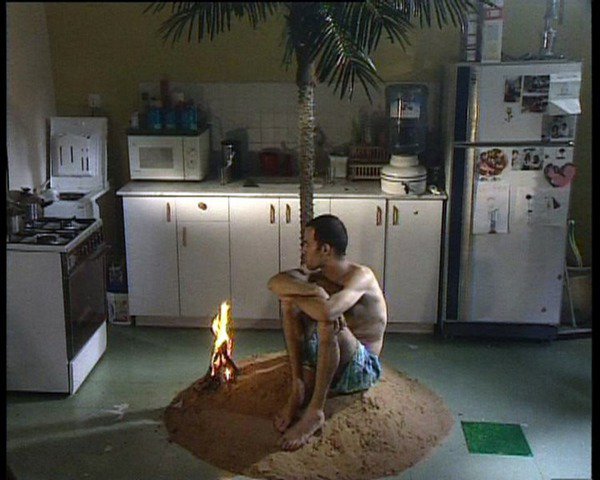 In the current context of geopolitics, Zizhiqu or Autonomous Regions refers to at least two possible notions of geopolitical institutions, the first being a relatively autonomous, self-governing zone within a nation-state institution, and the second being a reference to utopian and more conceptual and temporary projects of social life.
To claim autonomy in the field of contemporary art no longer signifies following the modernist tradition of art’s autonomy promoted by classic modernism. It is now crucial to reintroduce the connection and mutual engagement of art and real life in our time. Here, autonomy signifies the particular role of the language and regime of artistic imagination and experiments in the social transformation today, which needs much effort in envisioning and creating autonomous zones within the social and political structure to intervene and interrupt the dominant and hegemonic system of political, economic and cultural power.

For this exhibition, entitled Zizhiqu (Autonomous Regions), we have invited 16 artists (groups) from around the world to present the idea of autonomy in the various forms it takes in artistic expression.

Individual artists such as, Kimsooja, Lin Yilin, Jun Nguyen-Hatsushiba, Sriwhana Spong, Nasan Tur and Richard T. Walker often use performative bodies as a “tool” to deal with the question of inhabiting space, both private and public, particularly social and political, seeking to intervene and occupy various life spaces from the home to the street, from the city to nature. Guy Ben-Ner borrows the plot of Daniel Defoe’s “Robinson Crusoe” and reinterprets it in his kitchen. The fusion of fantasy and reality sympathizes with the dilemma of “a family man’s wish to be alone.” Cao Fei takes advantage of new techniques of image production and multimedia facilities to produce projects and proposals of new social structures emphasizing social and political autonomy. Cinthia Marcelle and Tiago Mata Machato, and Claire Fontaine use art as an action to develop a strategy to denounce the brutality of the Western economic, social and cultural reality. As avant-gardes of social experiments in the process of envisioning and proposing autonomous zones, artists not only represent the most ambitious, free and dynamic part of the collective efforts of the production of new communities or the new multitude. Along with other intellectuals， social activists,and marginalized groups, artists, such as Rigo 23, Zheng Guogu (Yangjiang Group), Ho Tzu Nyen, Abraham Cruzvillegas, Yang Jiechang, and Xijing Man embody the most active, sensitive and efficient force of critique. Their work makes references to some of the most interesting and efficient social projects of creating self-organizing communities, like in many “marginalized” communities such as urban slums, immigration quarters and isolated rural areas, where grassroots, “barefoot” and mutually beneficial forms of architecture, urbanism and community buildings are practiced and micro-credits, informal markets and “alternative” economies are introduced to become the actual mainstream mode of the economic and social system.

The project of the Guangdong Times Museum perfectly embodies this process of experimentation on intervention and occupation of artistic actions in the heart of a rapidly changing social reality. It demonstrates the possibility and reality of the creation of a culturally and socially significant autonomous zone in a city where urbanization and globalization are unfolding at an unprecedented pace. It encourages direct contact with the real life of the inhabitants of the neighbourhood and the city while preserving the very liberty of all forms of artistic and social experiments within the museum. It’s a small but energetic mini-utopia, a veritable Temporary Autonomous Zone, implanted in the middle of the most realistic space of this contradictory but exciting world. It’s a perfect context to write the new narrative of the “Autonomous Region” in our time.