An interdisciplinary exhibition that explores a wide range of contemporary art. Turning to the blues not simply as a musical category but as a field of artistic sensibilities and cultural idioms, the exhibition features works by nearly 50 artists from the 1950s to the present, as well as materials culled from music and popular entertainment. 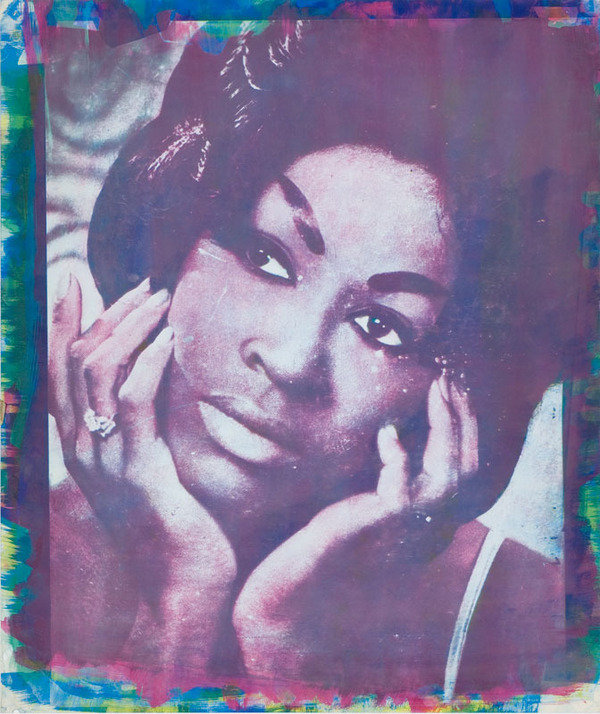 This winter, the Whitney Museum of American Art will present Blues for Smoke, an interdisciplinary exhibition that explores a wide range of contemporary art through the lens of the blues and the blues aesthetic. Turning to the blues not simply as a musical category but as a field of artistic sensibilities and cultural idioms, the exhibition features works by nearly fifty artists from the 1950s to the present, as well as materials culled from music and popular entertainment. Blues for Smoke was conceived and developed by Los Angeles Museum of Contemporary Art curator Bennett Simpson, in consultation with the artist Glenn Ligon. The New York installation is being overseen by Whitney curator Chrissie Iles. The exhibition will appear from February 7 through April 28, 2013, in the Museum’s third-floor Peter Norton Family Galleries.

Throughout the past century, writers and thinkers such as Zora Neale Hurston, Ralph Ellison, Albert Murray, Amiri Baraka, and Cornel West have asserted the fundamental importance of the blues both to American music (in its legacy and influence on jazz, R&B, rock, and hip-hop) and to developments in literature, film, and visual art. In all its diversity, the blues has been hailed as one of America’s greatest cultural achievements and, along with jazz, has even been called America’s classical music.
The origins of the blues lie in the vernacular culture of African Americans living in the Mississippi Delta and New Orleans around the turn of the twentieth century—people for whom slavery was a recent memory and basic civil rights were far in the future. As the literary historian Houston A. Baker writes, the blues emerged from a matrix of “work songs, group seculars, field hollers, sacred harmonies, proverbial wisdom, folk philosophy, political commentary, ribald humor, elegiac lament, and much more.” Rather than retelling this story, Blues for Smoke proposes that certain topics in contemporary art might be understood through and animated by the prism of the blues. These include a grappling with personal and social catastrophe; an emphasis on improvisation and movement; the performance of extravagant or ambiguous identities; modes of abstraction and repetition; the expression of sexuality and intimacy; and an impulse towards archiving, sampling, and translation.

The exhibition includes more than ninety works in a wide variety of mediums, including photography, video, painting, drawing, sculpture, and multimedia installations, such as Stan Douglas’s Hors-champs (1992), which will appear in the Museum’s Lobby Gallery, and David Hammons’s Chasing the Blue Train (1989), which will greet visitors as they enter the show. Many works in the exhibition clearly conjure the history and aesthetics of the blues, including Romare Bearden’s collages of musicians, Roy DeCarava’s atmospheric photographs of music halls, and Beauford Delaney’s portrait paintings of African American cultural figures. Other works, such as HBO’s hit drama The Wire, discussed by Glenn Ligon in the exhibition catalogue from the perspective of its distillation of the “blues imagination,” demonstrate the reach of the blues beyond music. Still others communicate blues ideas without expressly naming them as such: the emphasis on memory and cross-cultural interpretation in works such as Ligon’s “Richard Pryor” paintings, Renée Green’s Import/Export Funk Office (1992–93), and Kara Walker’s stirring video Fall Frum Grace: Miss Pipi’s Blue Tale (2011).

Blues for Smoke will include a number of listening posts and video viewing stations presenting musical selections, television programs, and other documentary materials. Highlights include: Azealia Banks, Bad Brains, Jaki Byard, Death Grips, Duke Ellington, Lightnin’ Hopkins, Henry Flynt, Joseph Jarman, Jeanne Lee, Alan Lomax, Shabazz Palaces, Sun Ra, Cecil Taylor, Big Mama Thornton, and Othar Turner and The Afrossippi Allstars.
The exhibition’s title is drawn from a 1960 solo album by virtuoso jazz pianist Jaki Byard in which improvisation on the blues form becomes a basis for avant-garde exploration. The title suggests that the expanded poetics of the blues is pervasive—but also diffuse and difficult to pin down. By presenting an uncommon heterogeneity of subject matter, art historical contexts, formal and conceptual inclinations, genres and disciplines, Blues for Smoke holds artists and art worlds together that are often kept apart, within and across lines of race, generation, and canon. “Though it takes up ideas from the past, this exhibition is pitched at the present moment,” says curator Bennett Simpson. “The questions and topics the blues make us think about, from ambivalent feelings to form as cultural expression, are fundamental to recent art. As I see it, the blues are about anticipation.”

Live Performances
Blues for Smoke will be accompanied by a series of concerts, performances, and readings throughout the run of the exhibition. Whitney curator Jay Sanders will present a program that explores the enduring legacy and innovative possibilities of the blues in contemporary music. Featured artists include Annette Peacock, Lonnie Holley, Cooper-Moore, Matana Roberts, and Loren Conners, as well as a group of younger emerging artists showcased in a weekend-long festival at the Museum. Additional details will be forthcoming.

Exhibition Catalogue
This exhibition is accompanied by a fully-illustrated catalogue published by MOCA and Prestel/Delmonico. In addition to an introductory overview by Bennett Simpson and an artist statement by Jack Witten, the publication includes an essay by musician and historian George E. Lewis on blues and the avant-garde, as well as newly commissioned poems by Gregg Bordowitz, Fred Moten, and Nathaniel Mackey.

The Whitney Museum
945 Madison Avenue at 75th Street, New York City
Museum hours are: Wednesday, Thursday, Saturday, and Sunday from 11 am to 6 pm, Friday from 1 pm to 9 pm, closed Monday and Tuesday.
General admission: $18.
Full-time students and visitors ages 19–25 and 65 & over: $14.
Visitors 18 & under and Whitney members: free.
Admission is pay-what-you-wish on Fridays, 6–9 pm.