Subject to Constant Change. The commissioned film work 'Subconscious Society' is shown in Gallery 3, projected onto from both sides using 35mm and 16mm film. Using the grandiose interior of Manchester's hitherto abandoned Albert Hall as main stage, the artist assembled a group of local residents, some with memories of the building, and filmed them inside. 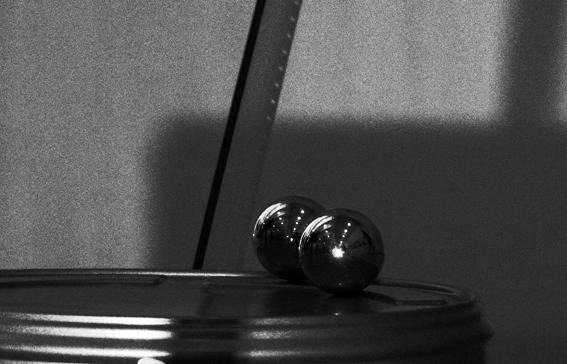 Curated by Henriette Huldisch for Cornerhouse and Lauren A Wright for Turner Contemporary.

In a unique collaboration Turner Contemporary, Margate and Cornerhouse are pleased to announce the most comprehensive solo presentation to date by celebrated Italian-German visual artist Rosa Barba, Subject to Constant Change. Both exhibition spaces will, during similar time periods, each present a distinct part of a newly commissioned film work, Subconscious Society, designed to be exhibited in different cinematic and sculptural formats in each of the two galleries. Also featuring other recent film-sculpture works in both venues, the show will provide audiences with a multi-sensory, spatial experience, showing the many dimensions of Barba's practice.

Barba's work explores the material properties of film, such as the celluloid filmstrip, projection and sound apparatus, while at the same time probing the structure of cinematic narrative and its relationship to memory itself. Subconscious Society takes the end of the industrial age as its subject, shot on location in Kent and Manchester, and in part drawing on the latter's rich history as a manufacturing capital in the 19th century.

Using the grandiose interior of Manchester's hitherto abandoned Albert Hall (a former Methodist mission) as main stage, the artist assembled a group of local residents, some with memories of the building, and filmed them inside. Barba's protagonists reflect on different objects from the past: these are relics of the age of mechanical reproduction and analogue technology, now receded into near obsolescence and becoming increasingly mysterious in the digital present. Exterior scenes filmed in Kent show a post-industrial Thames Estuary with desolate structures rendered increasingly strange, such as abandoned boats, a collapsing pier, dilapidated sea forts rising out of the water on stilts, and Margate's now defunct Dreamland amusement park, which opened its doors as a new mass leisure culture emerged in the early 1900s.

At Cornerhouse, Subconscious Society is shown on a large suspended screen in Gallery 3, projected onto from both sides using 35mm and 16mm film. At Turner Contemporary, the work appears in a fragmented form and is dispersed across various smaller projector sculptures scattered through the space. Also on view at Cornerhouse in Gallery 2 is Barba's five-projector installation Coro Spezzato: The Future Lasts One Day, which premiered at the Venice Biennale in 2009, and Time Machine (2007).

Subject to Constant Change is curated by Henriette Huldisch for Cornerhouse and Lauren A Wright for Turner Contemporary.