This international and multidisciplinary exhibition will include works made over the past 30 years ranging from painting, drawing, sculpture, and photography to video, film, and sound installation. 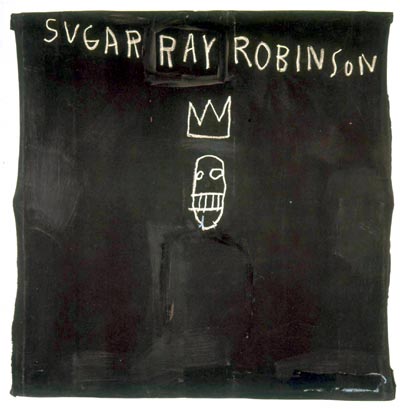 In On Boxing, Joyce Carol Oates' classic meditation on the pugilist sport, she writes of boxing as 'a knot of sorts, tightly, cruelly knotted, there to be untied.' The Squared Circle: Boxing in Contemporary Art will attempt to untie boxing as metaphor, as spectacle, and as a poetic yet absurd dance of dualities-violence and beauty, triumph and failure, death and life. Drawing a historical line from roman gladiators to Lord Byron's 19th-century London to Muhammad Ali and Oscar de la Hoya, boxing has continuously captured the imagination of the world, often raising issues that resonate as loudly in as outside the ring. Boxing has been evocatively called 'the red light district' of sports, yet it continues to provide white-hot inspiration for artists interested in the essential dramas of race, class, sexuality, eroticism, gender, politics, national identity, and civilization which are often staged in the ring.

The Squared Circle is loosely framed between Muhammad Ali's reign in the early 1970s and the current glory of his daughter Laila Ali. This international and multidisciplinary exhibition will include works made over the past 30 years ranging from painting, drawing, sculpture, and photography to video, film, and sound installation. Like the sport itself, the artworks are full of poetry, ambiguity, contradiction, and unexpected outcomes thus interlocking several themes throughout the exhibition.

On view will be 50 works by 35 artists, including James Coleman's important film projection Box (Ahhareturnabout) (1977) as well as Paul Pfeiffer's digitally manipulated video-triptych installation The Long Count (2000-2001). The complex intersections of race, colonialism, and masculinity are explored in the works of Glenn Ligon, Gary Simmons, and Keith Piper. Works by Tracey Rose, Senam Okudzeto, and Beth Moyses delve into the network of boxing, femininity, violence, and vulnerability while Roderick Buchanan and Paul Mullins investigate the limits of the human body/machine. Stefan Banz's The Muhammad Alis (1999-2001) confirms the global appeal of boxing and its highest saint in a series of photographs that depict ordinary people around the world striking their best imitation of 'The Greatest.' Boxing has often entered the popular imagination through the photograph; thus, this exhibition will feature the conceptually inflected photographs of Ana Busto, Miguel Rio Branco, Lyle Ashton Harris, and Rashid Johnson.

While there have been other boxing-themed shows, mostly in Europe, The Squared Circle is the first to bring together such a large and diverse artistic conversation on the subject. It looks at this complex topic from perspectives ranging vastly across ethnicity, geography, gender, and perspective thus providing a particularly rich stew in which to engage necessary questions posed by this fascinating sport. It also provides a new and reinvigorating context for a number of works that have been seen isolated from the larger context of boxing as metaphor, spectacle, monster, and societal mirror. Art continues to be one of our most articulate avenues of expression when confronting the exigencies of life, sports, and civilization.

The Squared Circle will be accompanied by a gallery guide containing an essay by exhibition curator Olukemi Ilesanmi, information on the artists, and reproductions of selected works in the exhibition. Following its premiere at the Walker, the exhibition is expected to travel to venues in the United States and elsewhere.