How I Wrote 'Elastic Man' 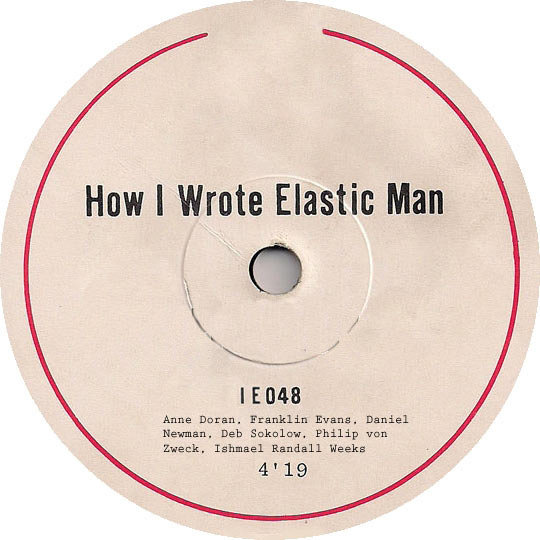 Obscurity and deliberate disorder can be perversely rewarding strategies for artists - performing for the viewer the experience of discovery, protecting the meaning of the work by concealing or confusing it, offering up one’s own back-story only through piecemeal contextualization, and presenting even quotidian work as arcane. It’s an increasingly common practice that promises to turn all knowledge into secret knowledge, and all meaning into gnostic meaning, available only to initiates and the especially devoted.

The work that makes up How I Wrote 'Elastic Man' takes the cult of arcana and the gesture of self-erasure, not as strategy, defensive or otherwise, but as querulous subject. Determining the special power that accrues when information is parceled out reluctantly, or privately, and questioning why work becomes more alluring the more it withdraws from us. Hunting down what, if anything, is gained for artists by the practice of self-obfuscation and what is the aim of a practice in which work reveals its meaning to viewers through a program of careful and discrete clue-giving (biography, reference-giving, or curatorial guidance). Often, artists engaged in the re-surfacing of archival and other "found materials" seek to cloud those discoveries over again in a performance of their own process. Perhaps we’re forced to fetishize the unknowable in an age of information oversupply and infinite search, so much so that we elect to hide knowledge behind smokescreens of difficulty.

INVISIBLE-EXPORTS
14A Orchard Street - New York
Gallery hours are Wednesday through Sunday, 11-6pm, and by appointment