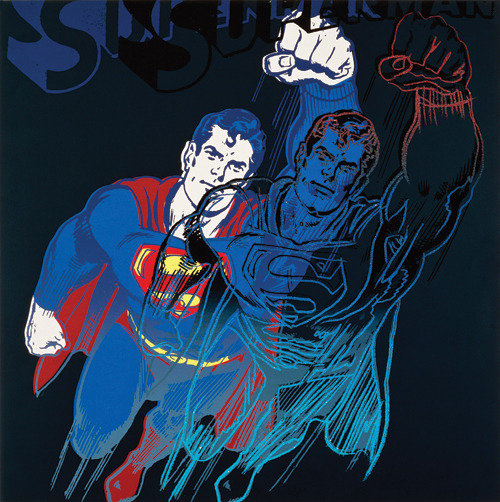 Plains Art Museum is organizing the first solo exhibition of Andy Warhol to be presented in the Fargo-Moorhead area. Andy Warhol: Creating Myth and Icon brings to our region a nationally-known collection of Warhol prints held by Wesley and Missy Cochran. The collection features 36 prints, including two of Warhol’s last series: Cowboys and Indians and Myth, featuring legendary figures from Teddy Roosevelt, Geronimo, Custer, Annie Oakley, and John Wayne to Superman, Dracula, Mickey Mouse, and Santa Claus. The show will also include work from our Museum Permanent Collection and the Student Collection at NDSU. It will look at the quintessential elements in this American master’s creative process to underscore the artist’s collaborative process and continued influence in American and international art. We will also create a special education section in the show based on Warhol’s studio called “The Factory.” The exhibition and programs will help visitors to understand how Warhol created art that spoke to millions and has stood the test of time in its relevance to today’s audiences.

Artists-in-Residence
Taking the Warhol show as a point of departure, the Museum’s artists-in-residence, Joe Allen and Heather Zinger, will respond to the exhibition. Allen will examine the Cowboy and Indian Series found within the show. This poignant and challenging series includes contested images and icons of the American West. Allen’s response is open-ended and may include new artwork, a public artist’s talk, or an art project working with community groups. Inspired by Warhol’s gesticulations, Zinger will create a video/live art performance at the opening on February 2. Contact mjohnston@plainsart.org for more information.

Warhol Activity Book Project
Led by Concordia student Lauren Johnson, this project aims to make relevant Andy Warhol’s work to a broader audience through an exhibition activity book. Johnson has initiated and planned the booklet with Museum curatorial and education staff and will develop the project with Sundog, the exhibition sponsor. Johnson is currently an Intern in the Curatorial Department as part of a new initiative between the Museum and Concordia College Art Department.

In a special, innovative initiative, Museum staff worked with exhibit sponsor Sundog to create an engaging and interactive exhibit design.