The workers in Mika Rottenberg's videos are often women who earn their living from their distinctive physical features, such as extreme obesity, muscularity, height or unusually long nails or hair. Chris Burden explores technological solutions for moving the human body through space. 'Something Turned Into a Thing' - featuring works from the permanent collection - is an exhibition based on the basic properties of the chosen materials and how they are perceived by our senses and our minds. 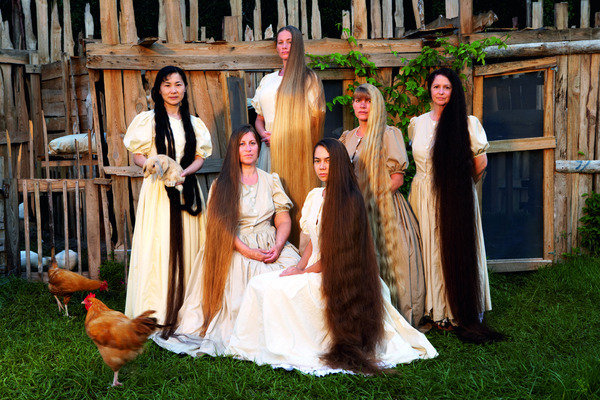 Magasin 3 is proud to present Mika Rottenberg’s first solo exhibition in Scandinavia. Rottenberg’s video installations reveal an imaginative world full of surreal scenarios in which mundane objects are produced through protracted processes that resemble factory assembly lines. The workers in Rottenberg’s videos are often women who earn their living from their dis- tinctive physical features, such as extreme obesity, muscularity, height or unusually long nails or hair. In the claustrophobic settings she constructs, women engage in the production of maraschino cherries, dough, make-up and wet-wipes in the most astonishing ways. Rottenberg’s main interest, however, is the process rather than the product. Her films portray a compelling production line in which physical labor is transformed into commercial products. A visual and conceptual delight, her work takes us through a series of bizarre processes with a logic that is at once elusive and absurdly self-evident.

“Mika Rottenberg has the rare ability to comment on contemporary life in a way that is visually alluring,” says exhibition curator Tessa Praun. “Her work can be interpreted from a broad feminist perspective, as well as one that embraces modern body-image obsessions and a poetic application of Marx’ theories on labor. With her unique, lighthearted, and absurd narratives Mika Rottenberg creates art that is serious, thought-provoking and liberatingly funny.”

Rottenberg considers her artworks to be sculptures in which the moving image is just one of several components. Details from her films – lowered ceilings, confined spaces, boxes and walls coated in her emblematic plaster texture – extend into the exhibition space, creating a specific context for each work. The exhibition will include works that span the last ten years. For the first time, she will present a group of purely object-based works and the installation Tsss.

Mika Rottenberg was born in 1976 in Buenos Aires, Argentina. Raised and educated in Israel, she moved ten years ago to New York, where she currently lives and works. Most recent exhibitions include: Nottingham Contemporary and FRAC Languedoc-Roussillon, Montpellier (2012); M-Museum Leuven, Belgium (2011); De Appel, Amsterdam (2011); and the San Francisco Museum of Modern Art (2010). Mika Rottenberg was represented at the Whitney Biennial, New York (2008) and has also exhibited at the Guggenheim Bilbao, Spain (2008) and the Tate Modern, London (2007). In 2005, works by her were shown at MoMA PS1, New York and as part of the Uncertain States of America (2006) exhibition, which was presented at the Astrup Fearnley Museum of Modern Art, Oslo; the Serpentine Gallery, London; and the Bard College Center of Curatorial Studies, Annandale-on-Hudson, New York.

The long-awaited return of key works by Chris Burden, last seen together during his solo exhibition at Magasin 3 in 1999. Each work explores technological solutions for moving the human body through space. The remarkable B-Car, designed and hand-built by Burden himself in 1975, will be on display alongside two of his bridges constructed out of metal components from toy building kits. All works are part of Magasin 3’s permanent collection.

Publication: This autumn we will begin work on a publication about “B-Car,” compiling all the unique material—sketches, texts, photos, and articles—that documents the evolution of the work. This material will also be included as part of this season’s exhibition.

Program: Chris Burden will visit Stockholm and Magasin 3 during the exhibition. Program dates and details will be an- nounced later.

Chris Burden (born Boston, USA, 1946) is a legendary artist, who first garnered attention with controversial, self-endangering performances in the early 1970s. These works were often executed over several days for private audiences, which added to their mythical status. In Trans-Fixed, Burden had himself crucified on the back of a Volkswagen Beetle, while for Shoot he asked a friend to shoot him in the arm. After several intense years as a performance artist, Burden started to devote his time to creating sculptures and installations, for which he often delves irreverently into technology. Chris Burden lives and works in Los Angeles.

Since fall 2011, Magasin 3 has dedicated two galleries to annual exhibi- tions featuring works from the permanent collection. These presentations provide the opportunity for recollections and reflections upon artists that Magasin 3 has followed over the years.

Something Turned Into a Thing is an exhibition based on the basic prop- erties of the chosen materials and how they are perceived by our senses and our minds.

Some participating artists take fragments of the urban environment or familiar everyday objects and discover new ways of seeing them, both visually and intellectually. Other artists rely solely on an idea as the principal expressive agent of the work. With an often playful, unrestrained and uncompromising approach to the materials, artists extract objects, phenomena or words from their customary areas of use and expose them to a broader range of interpretations. John Chamberlain’s intricate sculptures made of crushed car parts, Agnes Martin’s geometric grids in muted colours on canvas, Wim Delvoye’s sewage pipes on porcelain pedestals and Tom Friedman’s toothpaste painting all stand side-by-side in this exhibition. The title, “Something Turned Into a Thing,” is borrowed from a work by Lawrence Weiner, who has spent decades exploring language in his art so that he can more comprehensively dedicate himself to—and spark a debate about—objects and our relationship to them.

The works span Magasin 3’s entire history, from the opening exhibition in 1988 to later installations created specifically for our space and even some of the most recent additions to our collection.