In 'Uraniborg' Laurent Grasso has created a device that alters the architecture of the venue in order to probe the modalities of perception. Jonathas de Andrade builds his remarkable work through research and investigation; he conceived of 4000 Disparos during the project Documento Latinamerica. 'False Clues' features 40 photographs by Lynne Cohen, most of them recently produced. 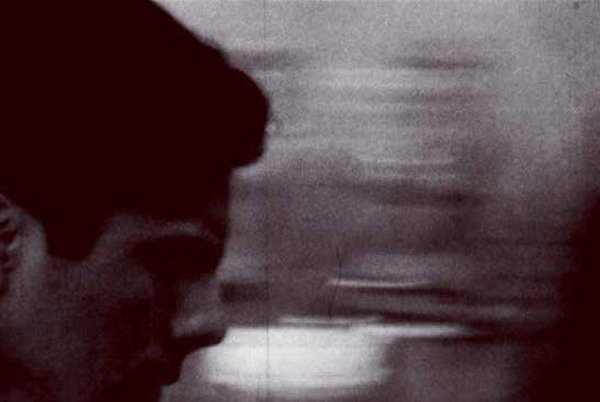 The exhibition Uraniborg offers a unique foray into space and time, two themes that lie at the heart of Laurent Grasso's approach. The history of observation and its connection to political power also plays a pivotal role in his work and acts as a starting point for a broader examination of seeing, controlling and monitoring at the same time as it opens up a path to possible worlds. For this presentation, the artist has created a device that alters the architecture of the venue in order to probe the modalities of perception.

The device refers to the architecture of the Uraniborg, the last observatory built to perform measurements with the naked eye. Grasso's latest film work, Uraniborg, 2012, which is part of the exhibition, also takes its title from this unique place. Uraniborg, or "Castle of Urania," the Muse of Astronomy, was the name given to Danish astronomer Tycho Brahe's castle and observatory erected on the island of Hven in 1576. Financed by King Frederick II of Denmark, the Uraniborg was at the time considered the most important observatory in Europe. Practically no trace remains of it today, however, as it was destroyed by island residents after the scientist was forced to leave Hven in 1597.

Conceived as a artwork in itself, Uraniborg transforms the museum's exhibition galleries in a way that echoes the panoptic constructions studied by Foucault and destabilizes viewers by blurring their spatial and temporal points of reference. In this imposing labyrinthine architecture, visitors are drawn into a long corridor broken up by windows offering a glimpse of videos, paintings, drawings, neon works, sculptures and artifacts of history and mythology. This distinctive layout creates parallel worlds and experiential spaces, leading viewers to continually readjust their positions and their benchmark with respect to the works they are looking at.

The artist explains: "The idea is to construct a floating viewpoint, thereby producing a discrepancy in relation to reality. We move from one space to another, and that's also how we create states of consciousness." In this way, Grasso devises dizzying architectures which prompt us, as we experience them, to ponder the panoptic strategies of power.

Grasso's work incorporates video, sculpture, painting, drawing and exhibition devices, combining documentary, historical and mythological sources as long as they hold aesthetic and fictional potential. Among the works presented here is the series of paintings Studies into the Past. These drawings and oils on wood panel, in a style and technique inspired by Flemish and Italian painters of the fifteenth and sixteenth centuries, also contain a foreign, anachronistic element: an eclipse, a cloud of smoke or a rock levitating over a landscape. By intermingling times past, present and future Grasso invents works that are like an archaeology of the future. This series plays with the conception of reality in another era and forms what the artist calls an "imaginary archive."

Jonathas de Andrade builds his remarkable work through research and investigation. He conceived of 4 000 Disparos during the project Documento Latinamerica – Condução à Deriva (Driving Adrift – Latinamerica Document), in which De Andrade travelled through Uruguay, Argentina, Chile, Bolivia, Peru and Colombia, in a journey of territorial recognition of a Latin America he belongs to without feeling part of, because of the language, he says, but also “because of a political/historical disconnection I noticed in my generation with its past,” a sense of historical amnesia that he wanted to explore.

Shot in the streets of Buenos Aires, where he randomly captured thousands of anonymous male faces, 4 000 Disparos summons up the anxiety of the years of dictatorship. As a result of his choice of Super 8 black-and-white film, the images seem rather like a collection of archive photos and place the work in an ambiguous space between fiction and document, an ambiguity that is intensified by the rapid procession of faces and the shift in meaning between the Portuguese title 4 000 Disparos and the English title 4000 Shots.

Born in 1982 in Maceió, Jonathas de Andrade lives and works in Recife, a city on the northeast coast of Brazil. He has already seen his work presented in a number of group exhibitions. He took part in the 7th Mercosul Biennial, in Porto Alegre, in 2009; the 29th São Paulo Biennale, in 2010; the 12th Istanbul Biennial, in 2011; the second New Museum Triennial, titled The Ungovernables, in New York, in 2012; and, more recently, the exhibition of the twenty artists selected, from some 4,000 candidates, for the Future Generation Art Prize 2012 established by the Victor Pinchuk Foundation.

This exhibition features forty photographs by Lynne Cohen, most of them recently produced. Since the early 1970s, Cohen has been using a view camera to photograph “found” interior spaces, always empty of occupants, which the works’ titles usually do not specifically identify. Over the years, interiors and public or semi-public places—skating rinks, dance halls, hotel lobbies, men’s clubs—have given way to more complex, less readily accessible environments, such as classrooms, science laboratories or military installations. Whatever the (sometimes ominous) nature of the places pictured, the artist underscores the humour, artifice and illusion that lie therein, documenting her fascination with how ″the world echoes art.” Lynne Cohen is an American-born Canadian artist currently based in Montréal.

Musée d'art contemporain de Montréal
185, Rue Sainte-Catherine Ouest (Corner Jeanne-Mance) Montréal (Québec) H2X 3X5
Hours
Tuesday to Sunday: from 11 a.m. to 6 p.m.
Wednesday: from 11 a.m. to 9 p.m.
Monday: closed
The first Friday of every month from 5 to 9 p.m.
Regular admission rate.
Admission
$12 adults
$10 seniors (aged 60 and over)
$8 students (aged 30 and under with valid I.D.)
$24 families (maximum 4 persons including at least 1 adult)
Free admission for children aged 12 and under and members of the Musée Foundation
Free admission every Wednesday evening from 5 to 9 p.m.