Every Corner of the Soul. Balancing on the borderline between the subjective and the universal, his spatial configurations integrate and simultaneously deconstruct a variety of formal vocabularies. 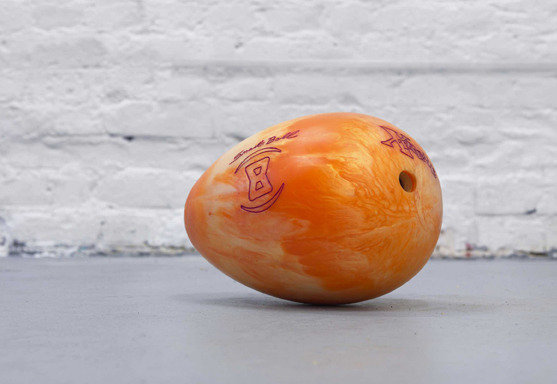 Galerie Michael Janssen is pleased to announce the inaugural exhibition of its new location in Berlin entitled Every Corner of the Soul by Assaf Gruber (b. 1980 in Jerusalem). The opening will be take place on Saturday, February 9 from 3 to 8 p.m. in the gallery's new space at Potsdamer Str. 63.

In his practice Gruber reflects upon how and why a sculptural language emerges in different cultural contexts. His spatial arrangements are an expression of his efforts to overcome the limitations of the medium sculpture. In his works, he often integrates found footage from fictional films that capture ‘sculptural gestures’ performed by their different protagonists and are an integral part of his sculptures.

Balancing on the borderline between the subjective and the universal, his spatial configurations integrate and simultaneously deconstruct a variety of formal vocabularies (installation, sculpture and moving image). Metaphoric and allegorical they are as gestural as they are performative. Masterfully orchestrated, they resemble landscapes of thought encompassing instability and balance in relation to private histories.

One of the central works of the show lends the exhibition its programmatic title – Every Corner of the Soul – and is a quote from a lecture that French philosopher Michel Foucault gave in 1983 at the UC Berkley entitled The Culture of the Self. In it, Foucault examines Western culture's conceptual development of individual subjectivity. The work shows a looped moving image of the artist’s foot jumping in his studio projected between a blackboard painted on the wall (from which notes have been erased) and a bag next to a towel forgotten on the floor. An ambiguous paragraph from the lecture is read by Foucault and can be heard in the background. The artist’s foot is an allusion to the physicality of the human body and the blackboard to the mind.

The idea behind the exhibition emerges from an attempt of the artist to trace ‘warm spots’ in the ‘corners of the soul’ - memories of excitement, anxieties, and laughter - and to create a form of subjectivity from a slowly but persistently vanishing collective memory.

Evasive Action consists of a 1992 Sony Home Cinema monitor tilted to its side and in which a clip of Burt Lancaster climbing a rock is seen on a looped excerpt from the 1968 film The Swimmer directed by Frank Perry. The middle-aged seductive male character in the film seems to be struggling against ageing like the monstrous and obsolete home movie beamer.

Other works on view in the exhibition reflect on the non-functionality of sculptural objects and are a reaction against a kind of contemporary information overload and the need of productivity in modern societies. They are as subjective and intimate as they are universal; self-posed questions with communal question marks that allude to specific events but do not necessarily require the imposition of the event onto the artwork itself.

Assaf Gruber (b. 1980 in Jerusalem. Lives and works in Berlin.) studied at the Ecole Nationale Supérieure de Beaux-art, Paris and at the Higher Institute for Fine Arts (HISK), Ghent, Belgium.