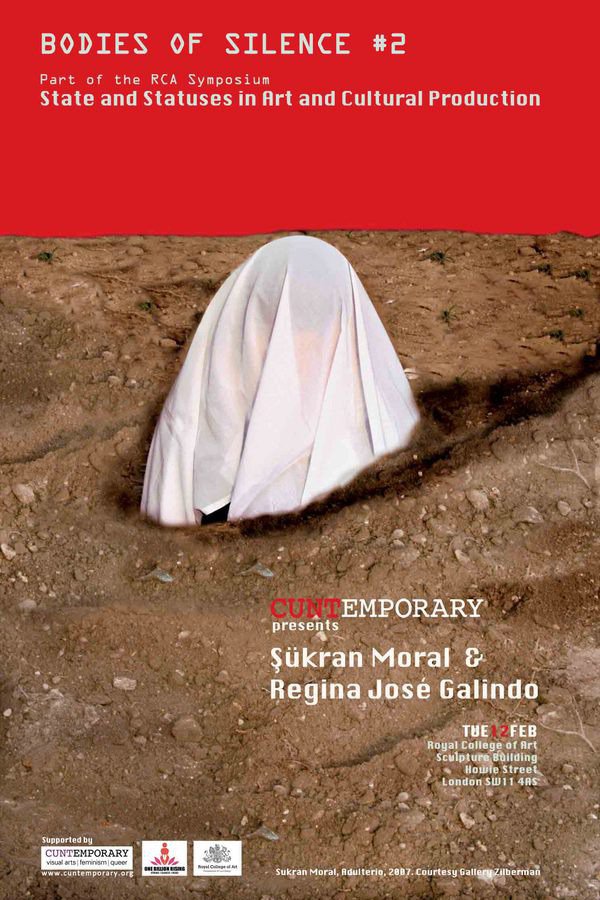 Organised by CUNTemporary as part of the symposium State and Statuses in art and cultural production. A special project curated in support of One Billion Rising London Art Festival, which includes international artists Regina Jose' Galindo (Guatemala), Sukran Moral (Turkey) and Pilar Albarracin (Spain). Some of the emerging artists selected have been the result of an open call for work that stresses the ethical and political implications of silence as a by-product of traumatic crime. We have selected artwork that is explicit in its political activism as much as we were interested in portraying more open-ended representations of bodies that communicate silence, trauma, politics and ethics. For this second event, CUNTemporary co-directors and curators Giulia Casalini and Diana Georgiou will open up a discussion on violence, social justice and art activism with a presentation of video work by artists Sukran Moral (Zina, 2007) and Regina Jose' Galindo (Marabunta, 2011).