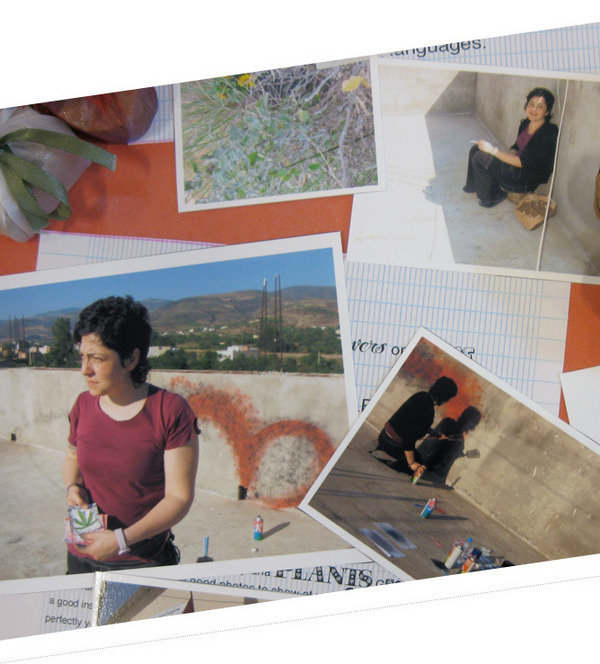 Sous nos yeux ("Before our Eyes") is a project made up of several parts, including encounters and exhibitions. The curatorial project will explore creative processes as if they were writings or inventions of materials. Stories place each work in a specific place for investigation and a common intervention space. In Sous nos yeux (partie 1), this connection provides a common theme linking the geography of the Rif Mountains with La Kunsthalle; its history, programming and audiences. Whether the artist's chosen investigation place is real or virtual, each one will leads us to read and re-think the ideas behind the works in the context of history. From this undoubtedly experimental perspective, the Sous nos yeux project brings together artists, researchers and professionals from the art world and other areas of the humanities.

The approach of the project deals with art practices as methodology of translation of knowledge at an historical level and it further wishes to connect the participating artists and intellectuals to their immediate surroundings. What distance is necessary (or not) between the art space and reality, to make the work?

One of the geographies of reflexion suggested in Sous nos yeux is the Rif, as an example. In this territory, Gabriella Ciancimino's investigation on the notion of "Flowers of Resistance" is an entry to a parallel thinking about distance and historical implications of the artwork.

The Group LMDP (The Other Half Of The Landscape) will be experimenting with forms of collaborations as part of the Sous Nos Yeux.

R22 radio is associated with the project as the setting for dialogue, led by artist and writer Georgia Kotretsos, in collaboration with Mulhouse University radio (Radio Campus). The radio program titled Before Our Eyes: Believe Half of What You See And None of What You Hear includes newscasts, conversations and sounds.

The launch for the first part will take place in the form of an exhibition and interventions at La Kunsthalle Mulhouse the 13th of February 2013. Sous nos yeux will continue at MACBA Barcelona in 2014.

* Abdellah Karroum is the Guest curator at La Kunsthalle Mulhouse in 2013.

La Kunsthalle Mulhouse is supported by the City of Mulhouse, the Department du Haut-Rhin and the Direction Régionale des affaires culturelles.