Experimental Jet Set, Trash and No Star. The exhibition looks at art made and exhibited in New York over the course of one year, providing a synchronic panorama in which established artists and emerging figures of the time are presented alongside the work of authors whose influence has since faded from the discussion. Works by Matthew Barney, Felix Gonzalez-Torres, Sarah Lucas, Paul McCarthy, Cindy Sherman, Rirkrit Tiravanija and many more. 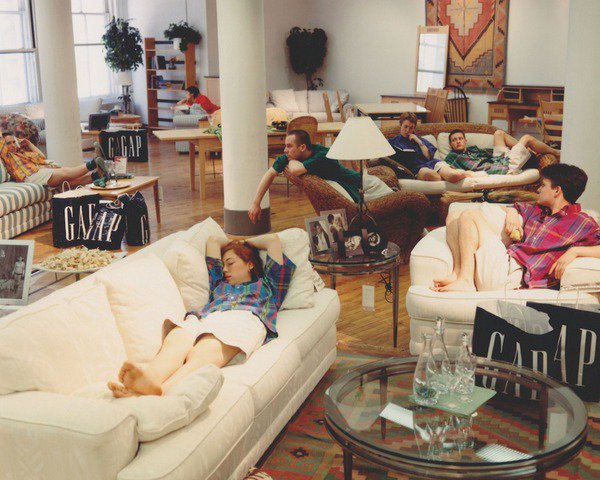 New York, NY...“NYC 1993” looks at art made and exhibited in New York over the course of one year, providing a synchronic panorama in which established artists and emerging figures of the time are presented alongside the work of authors whose influence has since faded from the discussion. Centering on the year 1993, the exhibition is conceived as a time capsule, an experiment in collective memory that attempts to capture a specific moment at the intersection of art, pop culture, and politics. “NYC 1993: Experimental Jet Set, Trash and No Star” will be on view at the New Museum from February 13–May 26, 2013.

The social and economic landscape of the early ’90s was a cultural turning point both nationally and globally. Conflict in Europe, attempts at peace in the Middle East, the AIDS crisis, national debates on health care, gun control, and gay rights, and caustic partisan politics served as both the background and source material for a number of younger artists who first came to prominence in 1993. At the same time, an increasingly active international network of artists, curators, and dealers contributed to a burgeoning global art world, amplified by the nascent tools of digital information. Twenty years later, it is time to reconsider the events, debates, and histories that prompted dramatic changes in art and culture. The Clinton inauguration, the first World Trade Center bombing, the Waco siege, and the March on Washington for Gay, Lesbian, and Bi Rights and Liberation, and other flash point events all shaped new discussions about social progress and political action. With this backdrop, young artists from New York made their mark in major international exhibitions and artists from Los Angeles, Britain, Italy, and Germany debuted in New York and provided a new texture to an already dynamic scene.

“NYC 1993: Experimental Jet Set, Trash and No Star” draws its subtitle from the eponymous album that the New York rock band Sonic Youth recorded in 1993 and captures the complex exchange between mainstream and underground culture across disciplines, which came to define the art of the era. The New Museum’s exhibition will include a number of historical reconstructions of important installations and exhibitions from 1993, while other works will be revisited and reinterpreted from the vantage point of today—highlighting the ways in which certain actions, events, attitudes, and emotions reverberate towards the present. These works will sketch out the intersection between art and the world at large that defined the 1990s and continues to shape artistic expression today.

The exhibition features over seventy-five artists and will span all five gallery floors of the New Museum. It will also feature an installation of Nari Ward’s Amazing Grace in the Museum’s Studio 231 space (January 16–April 21, 2013). The project was originally realized in 1993 in an abandoned fire station in Harlem and will be reconstructed for the first time in NYC since its original installation. Iconic works by then young New York artists like Janine Antoni, Matthew Barney, and Sean Landers, will be featured twenty years after their standout inclusion in the 1993 Venice Biennale and Whitney Biennials. They will be presented alongside artists of earlier generations including Ida Applebroog, Mary Beth Edelson, Robert Gober, Paul McCarthy, and Cindy Sherman who produced some of their most powerful works in 1993. Photographic works by filmmakers Larry Clark and Todd Haynes provide insight into the creative process for the iconic films they were working on at the time. The exhibition will also feature reconstructions of major works by Felix Gonzalez-Torres, Jason Rhoades, and other artists. Works by artists including Gabriel Orozco, Byron Kim, and Julia Scher, among others, connect back to the New Museum’s own exhibition history and address issues like globalism, new technology, and identity politics prevalent at the time. A visual timeline of key events and images from 1993 will be presented on the Museum’s Fifth Floor.

Catalogue
The exhibition will be accompanied by a fully illustrated catalogue with key historical texts from 1993 by Francesco Bonami, Nicolas Bourriaud, Judith Butler, Laura Cottingham, Thelma Golden, and J. Hoberman. The catalogue also includes reflections by Massimiliano Gioni, Megan Heuer, Jenny Moore, Margot Norton, and Ethan Swan on the impact of this pivotal moment in American culture and a timeline of key events by scholar Claire Lehmann.

Saturday February 23, 3 PM
“do it”: Hans Ulrich Obrist and Massimiliano Gioni in conversation, moderated by Kate Fowle
In 1993, Hans Ulrich Obrist started “do it,” an exhibition in progress that is now twenty years old. With Massimiliano Gioni, Associate Director and Director of Exhibitions and co-curator of “NYC 1993,” this conversation will explore the project’s beginnings, its iterations, and its repercussions in the context of the cultural and political developments of the early ’90s. Organized in collaboration with ICI as part of a series of conversations on landmark exhibitions in 1993.

Friday March 8, 7 PM
New Silent: The Internet Before the Web: Preserving Early Networked Cultures
Bulletin Board Systems (BBS), email, and usenet groups...This event positions 1993 as the last era before the popular web and explores the cultures and artists working in this early networked context. The New Silent series is organized by Rhizome.

Support
Support for the exhibition is provided by the Horace W. Goldsmith Foundation.
Additional funding is provided by Martin and Rebecca Eisenberg, the Fundación Almine y Bernard Ruiz- Picasso para el Arte, and the Robert Mapplethorpe Photography Fund.
The accompanying exhibition publication is made possible by the J. McSweeney and G. Mills Publications Fund at the New Museum.