The former is perceived in order to contextualize representation; the latter evokes the mystery that resides in the past; that is "image-remembrance" which is not contingent on or internal to the body. Works by: Martin Boyce, John Giorno, Wesley Martin Berg, Matteo Callegari... 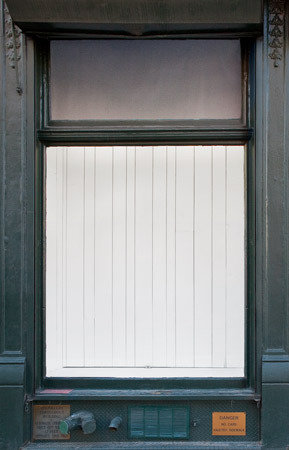 In “Quickness,” the second chapter of Italo Calvino’s Six Memos for the Next Millennium, the author retells the ancient legend of the Emperor Charlemagne who late in life fell in love with a German girl so passionately that he neglected his regal duties. This, of course, alarmed everyone at his court. Suddenly, the girl died, which was a relief for the courtiers. However, not before long, the old emperor immediately fell in love with her corpse and refused to allow its removal from his bedchamber. Such macabre behavior prompted the Archbishop Turpin to examine the girl’s dead body one night. To Turpin’s astonishment he found a ring with an insert precious stone hidden underneath her tongue. And as soon as the ring was in Turpin’s hand Charlemagne fell madly in love with him and quickly ordered the corpse to be buried. Turpin, needless to say, was shocked by Charlemagne’s display of such an unusual love for him. Driven both by embarrassment and perplexity Turpin threw the ring into Lake Constance whereupon Charlemagne fell deeply in love with the lake and would not leave its shores.

Calvino notes the striking improbability of the extraordinary series of events: The love of an old man for a young girl, a necrophiliac obsession and a homosexual impulse, while in the end everything subsides into melancholy contemplation, with the old king staring in rapture at the lake.I These episodes are yoked by a verbal link, the word ‘love’ or ‘passion,’ which establishes continuity between different forms of attraction,II” and while the ring acts as narrative link, and joins the disparate episodes together. It is the desire emanated by the ring that pulls the Emperor from lustful love to eternal contemplation.

From October 2010 to the present, at the storefront window of 39 Great Jones Street on a quiet corner of the East Village, there has been an ongoing event: every two months a single work by one artist, from various generations and persuasions, has been displayed.

From Martin Boyce’s (b. 1967) thoughtful and simplified sculptural repertoires, distilled from early 20th century modernism to the essential, sound biting text-based poetry of John Giorno (b. 1936); from Wesley Martin Berg’s (b. 1984) darkly romantic vision of images bred from folklore and popular culture to Matteo Callegari’s (b. 1979) graphic style that refutes any identifiable visual sign; from the visceral/generative, off-the-grid geometry of Wyatt Kahn (b. 1983) to the hermaphroditic versatility of Alan Shields (b. 1944); from Bruno Gironcoli’s (b. 1936) awesome excessive synthesis of organic forms and industrial/domestic objects to Ann Craven’s (b. 1967) renewable system of seriality infused with endless exploration of abstract mark-making and representational imagery; from the expressive monopoly of black and white cartoon faces and comic book characters viewed frontally by Joyce Pensato (b. 1941) to Josh Smith’s (b. 1976) anarchistic energy, which clashes noisily between personal gestures and impersonal reproductive images ; from the silky yet concentrated/reductive /process- based/painterly form of Andrew Brischler (b. 1987) to the pure economy of Giorgio Griffa’s (b. 1936) never-ending brush marks on unbounded fields of raw canvases; from Tamuna Sirbiladze’s (b. 1971) uncensored expressionism to Davis Rhodes’s (b. 1983) erotic/Burgess-esque minimalism; from the monumental intimacy of Ron Gorchov’s (b. 1930) concave/convex saddle paintings to the conceptual/contextual sculptural impulse toward timeless hybridism of Ann Chu; or from George Ortman’s (b. 1926) blunt and inventive harmony of vernacular autosymbolic imagery and minimal structure to Kes Zapkus’s (b. 1938) codified yet non-hierarchical explosion of infinite push and pull of inner and outer images stemming from his maximalist vision. What among these provides the point of contact and space of solace—that is, the opportunity for one thing to relate to another—is the storefront window. Here, singular contemplation is truncated, a casualty of a perpetually shifting space.

The viewing experience of such a project must be measured differently: various, dissimilar duration with no unifying focal point. But in this rare occasion at Galerie Eva Presenhuber, in which all these works may be seen together for a first time, outside of the storefront context, each work may be viewed individually and of a part of one unified space and time. Such an occasion is particularly special, if we are, as Henri Bergson suggests, to regard the condition of time as a constant negotiation between matter and memory. The former is perceived in order to contextualize representation; the latter evokes the mystery that resides in the past; that is “image-remembrance,” which is not contingent on or internal to the body.