The works presented in this exhibition were crossed by fascinating streams and demonstrate the art of playing with turbulence. Far from the threatening turmoil of the constantly announced chaos, they present "turbines" which generate several processes, structures and shapes in the making. 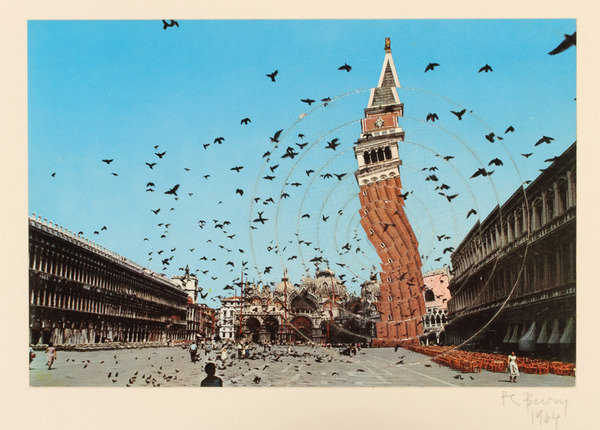 Unlike other so called «stable or balanced» matters, the turbulent processes are extremely touching, irreversible and unpredictable.
The works presented in this exhibition were crossed by fascinating streams and demonstrate the art of playing with turbulence. Far from the threatening turmoil of the constantly announced chaos, they present « turbines » which generate several processes, structures and shapes in the making.
The order and the disorder, closely related here, propose a fruitful, dynamic, poetic and captivating universe.

Reading, deciphering and following the turbulent movements of matter is an art

By rendering visible its forces and rhythms, turbulence is closely bound up with the notion of chaos. It is because turbulence puts forces in liaison with forms that it is of such supreme interest to artists
Originally, the word “turbulence” described “the unruly movement of the crowd”. Leonardo da Vinci was the very first artist to develop a direct interest in this process, and use the Italian word “torbolenza”. He was fascinated by hydraulic flows, and made many such drawings, be it machines for lifting and hoisting water, or aquatic and aerial vortices. Leonardo inherited this passion on the part of both the painter and the scientis - the man of science - for the turbulence of fluids from a handful of ancient scholars - Democritus, Epicurus, Archimedes and Lucretius. All these men saw the fabric of matter and the physics of bodies as corpuscular commotions. Of all the artists and thinkers of the latter half of the Quattrocento, Leonardo da Vinci was, without any doubt, the one who best grasped and represented the lyrical and tragic quartering of a new man, between chaotic disorder and the order of reason. In turbulence there is neither straight line, nor angles, and so no spatial enclosures or time limits. Any turbulence in fact transports, transmits, displaces, and connects. Turbulence is a spinning top, a kind of mini-hurricane, which does not stay where it is, and whose circumvolutions, like falls, seem random.
Every period raises once again this issue of turbulence in terms which are at once old-fashioned and new. Turner’s storms are not Leonardo’s storms, and yet they share something fraternal. While being part of a great undifferentiated whole which unfurls ad infinitum its emulsions of water and air, they usher in a whole new turbulent machination of chaos. Leonardo lived and created in the age of the horse and the sail, while Turner was the bard of thermodynamics. This kind of option led the painter towards abstraction: the quintessence of a machine is not represented by forms but by functions, forces, and energies. Thus did Pollock push Turner’s fogs towards the unrepresentability of an atomic cyclotron: a total turbulence, the ‘all-over’ of the whirlwind of particles.
Why do all great artists plunge into chaos and then emerge complete with compositions and harmonies? Because chaotic turbulence is the genesis not only of all forms, but also and above all, of surprising and unheard-of relations, which are incongruous, albeit coherent, between heterogeneous and distant elements. It smithereens all classification, because it plunges forms and conceptual castings into the time-frame of a refrain. Each one of its phases gives rise to new intensities, and brings forth new perceptions, and unexpected signs. We are no longer concerned with a model, or an inner depth. Its flow is a pure arabesque. We no longer know when the refrain of a turbulence will end. For this reason, turbulence is a possible image of the infinite, which can be indefinitely contemplated.
At the beginning of the 19th century, the French engineer and physicist Claude Navier and the English scholar Osborne Reynolds were developing the first scientific models of the processes of turbulence. A few decades later, Etienne-Jules Marey (Beaune, 1830 – Paris, 1904) came up with several smoke machines with 11, 13, 21, and 57 channels. These machines forbears of modern aerodynamic bellows and blowers, helped him to make many observations about air flow and turbulence created by different obstacles, such as planes, tubes, and wooden spheres. But they also enabled him to take many photographs while studying turbulent flows with modern instruments. Marey thus ushered in a whole field of visual experiments explored by today’s artists.
Be it with the help of new technologies or rudimentary systems, virtual images or traditional drawings, artists with different backgrounds are exploring the different visual and philosophical potential of the notion of turbulence. They are also producing various systems of graphic, pictorial and sculptural notation, making it possible to “map” these disconcerting and impromptu movements of matter.
Immersive space and video installations, blowers and turbines, mechanical and magnetic sculptures, coloured projections, but also pictures, drawings and photographs: this exhibition, permeated by constant flows, brings together the works of 38 artists of different nationalities exploring the art of playing and juggling with turbulence in many different ways.
Vortex, flux, acceleration, effervescence: well removed from the threatening breakdowns of total chaos, the works on view here function like turbines which generate processes, structures and forms in the offing. This exhibition-cum-exploration criss-crosses turbulence through five sections, which are so many problematic nodes and dynamic vortices: flows, clouds, graphs, distortions and undulations. And, like that child painted by Chardin fascinated by the sight of a spinning top, turbulences draw us into a reflexive journey, and a contemplative experience: a perpetual re-creation.

David Rosenberg and Pierre Sterckx, curators
Extracts from the introduction of the exhibition catalogue