Moved. The exhibition is focused on an outsized installation entitled Spirit(s) that incorporates mechanical motion. The artist has now taken 190 of these portraits from the Menschlich (Human) archive, which is likewise a part of the Wolfsburg exhibition, printed them on transparent, large-format pieces of fabric and then reassembled them to form the new kinetic work. 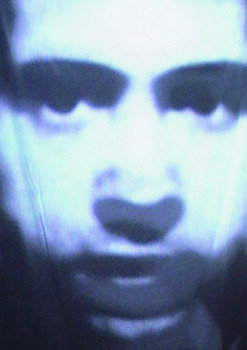 Memory and transience are Christian Boltanski’s (born 1944 in Paris) major themes. Like no other artist in the international context, he has worked for decades on the connection between life and death—the disappearance of the individual and the desperate human endeavors against forgetting and being forgotten. Death increasingly appears at the center of Boltanski’s oeuvre, broaching in the process the theme of his own person and the time he still has to live. The large installation he developed especially for the Kunstmuseum Wolfsburg, along with the accompanying pieces, goes to the heart of this subject, which is still a taboo in our society, granting it a quiet urgency and dignity. The exhibition Moved is focused on an outsized installation entitled Spirit(s) that incorporates mechanical motion. In this piece, Boltanski precedes from his monumental installations Personnes from 2010 in the Grand Palais in Paris and Chance in the French Pavilion at the 2011 Venice Biennale. The exhibition Moved in the Kunstmuseum Wolfsburg is the most extensive show of Christian Boltanski’s works in Northern Germany in 20 years.

The museum’s collection features the 1994 work Menschlich (Human), which the artist himself regards as his “decisive” piece. In this central archive of the Boltanskian cosmos, the artist assembled 1200 photographs from his portrait installations dating from 1970 to 1994: persons of all ages, genders, backgrounds, religions, social statuses and nationalities, but also offenders and victims. The pictures are taken for example from found photo albums and police archives and appear as if they come from another time due to their age and origins. It is uncertain who among these people are still alive. But one of them is definitely still alive: Christian Boltanski, who included himself in this sea of formerly known and now largely anonymous individuals.

The artist has now taken 190 of these portraits from the Menschlich (Human) archive, which is likewise a part of the Wolfsburg exhibition, printed them on transparent, large-format pieces of fabric and then reassembled them to form the new kinetic work entitled Spirit(s). The exhibition bears the suggestive title Moved and proceeds from some of Boltanski’s earlier projects, for example Menschlich (Human), Sachlich (Factual), Örtlich (On-site) and Sterblich (Mortal). The oversized pieces of cloth with portraits in the piece conceived for the Kunstmuseum hang from the ceiling at regular intervals but at different heights, so that in the process they fill the entire volume of the space. Some of them move in place in the gentle air draft of the space, others hover on a transport mechanism hanging between them. In this way, the physiognomies overlap for several moments thanks to the cloth’s high degree of transparency, only to immediately vanish again. The fleetingness of the faces reproduced on the sheer material all the more awakens the need to want to “recognize” each and every one of these people, to find out something about their fate. Some of the faces seem to be robustly printed while others appear very faded as a result of the repeated reproduction process. The human being dies two deaths according to Boltanski, the physical and then the immaterial death when the image and the memory of the individual fades. It is a very normal process that the artist depicts serenely in the face of the fact that faces are now stored for a much longer period of time through new communications media like the Internet. The artist entitled this installation Spirit(s), thus combining the notion that our face is a puzzle of the preceding dead. ”And because our spirit comes from our ancestors, I am sure all the dead who existed before us under different conditions are still in us.” (CB)

The other works in the exhibition likewise revolve around this theme, whereby Boltanski concentrates on the disappearance of his own person to a large extent. In the slide projection Entre Temps (2003) it concerns portrait photographs that show the artist himself at various ages—a lifetime that the viewer perceives in fast motion. The installation Dernière seconde / Last Second mercilessly counts down the seconds of his life up to the present. At his death the counter will stop. In these “moving” pieces he undertakes the attempt to record the flow of (a life)time. The Kunstmuseum’s Japan Garden, which opened in 2007, has also been integrated into the exhibition. Following a Japanese tradition, Boltanski has distributed numerous rods with little bells that softly chime in the wind and correspond to the movement of the fabrics inside the museum.
Boltanski radicalizes broaching the theme of his own death in a unique art project in which he “puts his own life on the line” in a figural sense in order, as he says, “to become accustomed to dying.” He entered into a bet with the collector Dan Walsh: the professional gambler did not pay him a fixed price for a piece but rather an annuity for life. The work would indeed have been paid up after eight years. If Boltanski dies before, the collector has made a good deal, if not, the artist. The work consists of four cameras that film Boltanski’s Paris studio live. The images will be transmitted to the South Australian island of Tasmania, where Dan Walsh archives “the last years of the artist”. For Boltanski, however, it does not make a difference whether he dies in three, in five or even in eight years; in this game he is always a winner.
Aside from the photo portraits and the bet with Dan Walsh, Boltanski has also been assembling a further archive: he collects heartbeats. In the meanwhile he has captured the heartbeats of circa 60,000 persons from around the world on sound storage devices. The archive entitled “Heartbeat for Eternity” is located on the Japanese island of Teshima.

Particularly with a view to new social networks and also in regard to the discussion dealing with a post-human age, in which it does not matter whether a living individual or a machine stands behind the speaking face, Boltanski’s fundamental questioning of the core elements of human existence, life and death, have a shattering effect and, unlike some of his other artist colleagues, he addresses it with minimal gestures, effortlessly, naturally and serenely. And unlike religions that want to provide answers, Christian Boltanski modestly takes a back seat by asking questions—questions that in fact are already answered by looking at the artist’s life and work.

The great hall of the Kunstmuseum Wolfsburg has frequently made oversized exhibition projects possible. These include such unique shows as Olafur Eliasson, Your Lighthouse (2004), Douglas Gordon, Between Darkness and Light (2007) and James Turrell, The Wolfsburg Project (2009).

The exhibition is supported by Volkswagen Financial Services AG.

Press Conference on Thursday, February 28, 2013 at 11.15 am in the conference room of the Kunstmuseum Wolfsburg, entrance Hollerplatz.