The Magic of the State

Lisson Gallery presents an exhibition and editorial project conceived in collaboration with Beirut space. The project defines an ambitious platform for artistic exchange by bringing a number of international artists to Cairo for the first time. 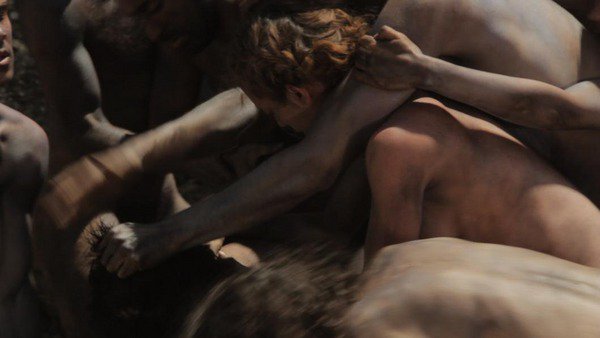 Lisson Gallery is proud to present The Magic of the State, an exhibition and editorial project conceived in collaboration with Beirut, a new art initiative and exhibition space in Cairo, Egypt. Curated by Silvia Sgualdini of Lisson Gallery, in conjunction with Jens Maier-Rothe and Sarah Rifky, co-directors of Beirut, the project defines an ambitious platform for artistic exchange by bringing a number of international artists to Cairo for the first time. It also presents an innovative model of collaboration between an independent space and commercial gallery, highlighting the different social and political contexts in which the two organizations operate.

The project is structured as two discrete yet interconnected exhibitions, opening first in Cairo (3 March – 6 April) and then London (27 March – 4 May). Different works by the same group of artists will be presented, including new commissions, performances and discursive platforms. The project will be accompanied by a publication featuring critical texts and artists contributions in English and Arabic. The Magic of the State takes its name from the book of the same title by anthropologist Michael Taussig. In this text, Taussig conceives the modern State as configured through a theatre of spirit possession into the living body of society. Historically placed at the intersection of science, religion and politics, magic in its broadest sense is addressed within the context of the project: both secular magic and its connection to propaganda and mysticism with its claim to access supernatural entities and powers.

The invited artists adopt magic as a filter to question the increasingly intricate ways in which power manifests itself within given social, economic and political structures. Ryan Gander presents the performance I had a Message from the Curator, originally conceived for dOCUMENTA (13). Gander’s two newly commissioned Alchemy Boxes - sculptures made of common objects in which mysterious contents are sealed - alchemically connect the two exhibition spaces in Cairo and London. In Goldin+Senneby’s audio installation The Decapitation of Money, economic geographer Angus Cameron draws a series of associations between Bataille's obsession with decapitation as a release of energy and his understanding of sovereignty, regicide and economics; the emergence of the Eurodollar in the 1950s and off-shore finance beyond the jurisdiction of the sovereign state.Magic’s coerciveness lies in its power to transform, simultaneously holding together the desire to believe and the desire to doubt. Here, politics and magic, statecraft and stagecraft, converge as performance. The exhibition at Beirut opens with Interpretation, a performance by French artist Lili Reynaud-Dewar. The work features iconic Glasgwegian club performer Mary Knox and Parisian experimental musician Hendrik Hegray in a recitation of the visionary political broadsheets of Sun Ra, woven together with the emancipatory force of free jazz from Lili Renaud- Dewar's personal record collection.

At Lisson Gallery, Liz Magic Laser, (Armory Show Commissioned Artist 2013), performs for the first time Stand Behind Me, a development from her acclaimed work The Digital Face. Referencing Francois Delsartre's 19th-Century studies in gestural expression, the performance reworks key oratorical moments from recent history to highlight the evolution of political speech. Lebanese artist Rana Hamadeh has created two new commissioned performances which explore the relationship between resistance and contagion by considering the plague in ancient Athens as an allegory for the 'Arab Spring'.

UK-based artists Anja Kirschner and David Panos' video installation Ultimate Substance examines the current Greek economic crisis by revisiting ancient myths and looking at how the introduction of coinage affected the emergence of abstract mathematical and philosophical knowledge. Cypriot artist Christodoulos Panayiotou presents a series of photographs selected from the Press and Information Office in Nicosia. The works excavate the rituals and ceremonies that underline the construction of a national narrative and the constitution of Cyprus as a modern nation state following independence from Britain.

At a time of uncharted and complex political transition in Egypt, the selected and newly-commissioned works question the legacy of outmoded systems of beliefs and mythological principles within the modern State, pointing to the slippage between the prescriptive intent and the idiosyncratic manifestations of stately power. They chart the potential of alternative aggregations, and explore the possibility of resistance by thinking laterally and looking in unorthodox places.

About the artists
Ryan Gander was born in 1976 in Chester and lives and works between London and Suffolk. When looking for a definition of Ryan Gander's work one has to surrender to its multifaceted nature and the apparent incongruity of its formal manifestations. Emblematic of his method of working is the lecture series Loose Associations, begun in 2002, for which the artist weaves a web of facts and fictions, mixing autobiographical anecdotes with shared cultural and art historical references. Perhaps, each single work could be best understood as a fragment surfacing from a complex narrative, a journey of false starts and meanderings. Underlying Gander's linguistic and formal play are tactics of illusion and deception in which the viewer is complicit in fostering a multiplication of meanings.
www.frankandeunice.com

Goldin+Senneby is a framework for collaboration set up by artists Simon Goldin and Jakob Senneby since 2004. Simon Goldin was born in 1981 and Jacob Senneby in 1971, both in Sweden, where they live and work. They explore juridical, financial and spatial constructs through notions of the performative and the virtual. In their body of work known as Headless (2007 -), they approach the sphere of offshore finance, and its production of virtual space through legal code. Looking at strategies of withdrawal and secrecy, they trace an offshore company on the Bahamas called Headless Ltd, while a ghostwritten detective novel narrates their investigations. Since 2010 their work has focused on The Nordenskiöld Model, an experiment in theatrical finance, in which they attempt to (re)enact the anarcho-alchemical scheme of 18th-Century alchemist August Nordenskiöld on the financial markets of today.
www.goldinsenneby.com

Rana Hamadeh was born in 1983 in Beirut, Lebanon, and lives and works in Enschede and Amsterdam. She works on extensive discursive research projects that generally question the conditions of spectatorship as well as the boundaries, authority and mechanisms of meaning production. Bringing together visual, performative and theoretical frameworks, Hamadeh constructs ever-growing constellations and networks of associative docu-fictive narratives that reflect upon linguistic, discursive, legal, and physical modes of violence along with its political and social articulations. She initiated in 2008 and 2011 two on-going artistic/curatorial projects, GRAPHIS N ̊127 and Alien Encounters, which comprise different levels of collaborations with other artists, illegal immigrants, writers, civil servants, house-wives, and designers among others.
www.ranahamadeh.nl

Anja Kirschner was born in 1977 in Munich, Germany and David Panos in 1971 in Athens, Greece, and they live in London and Athens. Working collaboratively since 2006, Kirschner and Panos have been at the forefront of explorations into narrative form within recent artists’ film and video. Frequently drawing on literary and historical sources as a means of reflecting on the present, their works collide film genre motifs and theoretical discourses, melodrama and digital effects to create a distinctive filmiclanguage that subverts existing categories. Extending and challenging the tradition of Brechtian anti-naturalism, their films explore the relation of art and culture to political economy and power.
www.kirschner-panos.info

Liz Magic Laser was born in 1981 in New York City, where she lives and works. Her performances and videos intervene in semi-public spaces such as bank vestibules, movie theatres and newsrooms, and have involved collaborations with actors, dancers, surgeons, and motorcycle gang members. She stages situations, dialogues, monologues or plays in the urban environment, and its population becomes both her audience and her extras in the resulting videos. Her recent work appropriates the dominant performance techniques and psychological strategies used by the media and politicians to sway public opinion. Liz Magic Laser is her real name from birth.
www.lizmagiclaser.com

Christodoulos Panayiotou was born in 1978 in Limassol, Cyprus, and lives and works in Paris, Berlin and Limassol. Christodoulos Panayiotou’s multidimensional work addresses issues and concerns ranging from the complex contemporary understanding of what constitutes “the public” to the construction of national identity and history. He frequently takes ceremonies, festivals, and theatrical spectacles as points of departure from which to explore the structures and customs that inform social experience. His process also engages the archives of the press and regional and state agencies of his country, Cyprus, to reflect on how interpretations of a collective sense of identity are dependent on the manner in which images and information are arranged and presented.
www.christodoulospanayiotou.com

Lili Reynaud-Dewar was born in 1975 in La Rochelle, France, and lives and works in Paris. Her relatively epic projects combine performance, video, sculpture and involve her friends, her family and lately, her own body. Confronting her own biography and practice to the legacy of emblematic figures such as Josephine Baker, Sun Ra, and Jean Genet, she seeks to disrupt the expectations related to her own background and her role as a contemporary artist. She is currently working on a series of videos involving her own body - naked and blackened - dancing in various art spaces: a work in progress, with no planned ending, that she considers a sort of fidgeting institutional critique, fuelled with vitality. She is the co-founder of Petunia a feminist art and entertainment magazine and writes regularly for various publications.About Lisson Gallery Established in 1967 by owner Nicholas Logsdail, Lisson Gallery has maintained its unique profile and position as one of the world’s most innovative, artist-led galleries, always at the forefront of developments in Contemporary art.

Over the past forty five years Lisson Gallery has nurtured the careers of no fewer than five Turner Prize winners and identified and supported successive generations of intellectually cutting-edge conceptual artists with radical and distinctive approaches to the artistic possibilities of their times. This includes the pioneers of Minimal Conceptualism: Sol LeWitt, Peter Joseph and Robert Mangold; The New British Sculptors such as Tony Cragg, Richard Deacon, Anish Kapoor and Julian Opie; and newer generations that include Marina Abramovic, Allora & Calzadilla, Ai Weiwei, and most recently Ryan Gander and Haroon Mirza.

About Beirut
Beirut is a new art initiative and exhibition space in Cairo that manifests a set of ideas grounded in the belief that change needs first to be imagined in order to be achieved. Thinking along these lines, Beirut considers institution building as a curatorial act, outside existing protocols that define The Institution of Art, to provide discursive frameworks for thinking and sharing social sentiments which acknowledge the politics of art as a space of work. Its seasonal program reflects exhibitions as spatial mindsets and as places of exchange between works of art, questions/discourse, voices, accounts and people, to simply look at what art does and not what it shows. Beirut’s offices, studio, library and exhibition spaces currently fill the rooms of a late 1940's three-story villa surrounded by a small garden, located in the neighborhood of Agouza in Cairo.