Lettrism is inseparable from the history of "visual poetry". This is a large-scale exhibition with "Bandes lettristes" - lettrists works grouped by Francois Letaillieur accompanied by a historical and thematical panorama of works, documents and films. On display are renowned and inedited creations of lettrists Roberto Altman, Jean-Louis Brau, Jean Paul Curtay, Guy Debord... 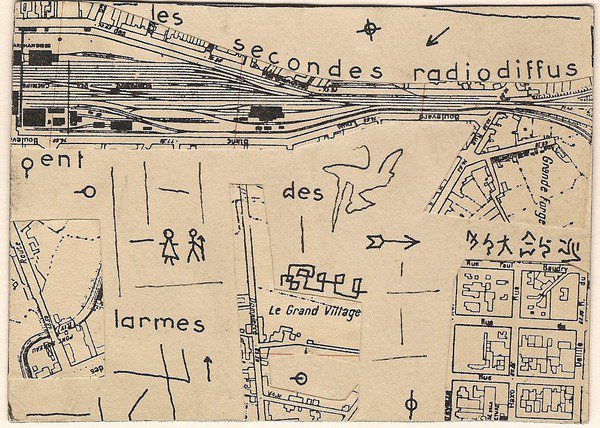 Lettrism has never been showcased in Romania even though one of its founders was of Romanian origin.
Isidore Isou (1925, Botoşani, Ro–2007, Paris) and Gabriel Pomerand (1925–1972, Paris) had their first lettrist manifestation in Paris on the 8th of January 1946.

The lettrists once stated that writing should be music, painting and cinema; that cultural and social history should be rewritten after the war; that their life changes but their objectives diverge: living art or the art of living. They chose to be called "lettrists" because they first used the "letter" as "sound", than as "image"; thus poetry became music and painting became readable, unreadable or immaterial.

Starting with 1952, the lettrists form different factions: the Externists, with Marc'O, Poucette, Jacques Spacagna that wanted to "upraise the youth"; the lettrists of the Internationale Lettriste with Serge Berna, Jean-Louis Brau, Guy Debord, Gil Wolman wanted to "overcome art" and "never work" while the "isouians" with Isou, Lemaître... wanted publishers and galleries to spread their theories and works.

From the 60s, a second generation, born after the war, will join Isou mainly affirming that Lettrism is a unique doctrine of a singular creator.

Today, the worldwide fame of Internationale Situationniste of Debord together with a systemic critique brings the Lettrism in close relationship to other postwar movements which question the sense of life that dates further back. Lettrism is inseparable from the history of "visual poetry" and of "sound poetry" of those times. Just as Dada was born out of the WW1, Lettrism was born out of WW2. It has been remaining even today a reference point for young artists.

From the 15th of March to the 3rd of June 2013, MNAC Bucharest presents a large-scale exhibition with "Bandes lettristes" – lettrists works grouped by François Letaillieur (recently exhibited at Palais de Tokyo) accompanied by a historical and thematical panorama of works and documents and films. Some of them have been previously shown at Centre Pompidou in Paris and Reina Sofia in Madrid (as the film of Jacques Baratier).