Tradition. The exhibition explores the elaborate collection of historic textiles assembled by Seth Siegelaub for the Center for Social Research on Old Textiles. A selection of 50 items are shown alongside art works by Willem Oorebeek, Lucy Skaer en Christopher Williams. 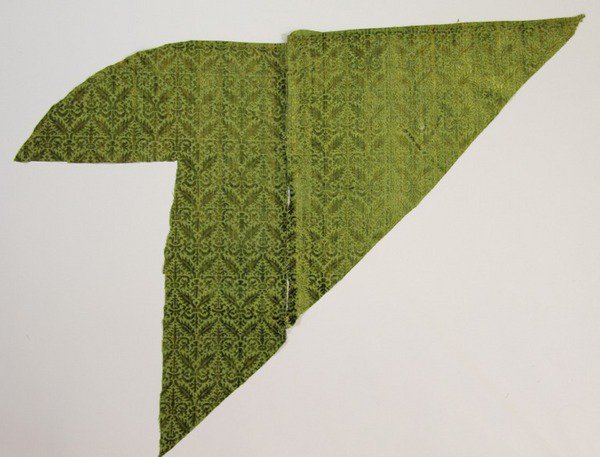 Within the long-term programme on the Collector, Marres presents a new exhibition, this time exploring the elaborate collection of historic textiles assembled by Seth Siegelaub (1941, The Bronx, US) for the Center for Social Research on Old Textiles. Currently comprising of around 650 pieces, the collection includes woven and printed textiles, embroideries and costume, ranging from fifth-century Coptic to Pre-Columbian Peruvian textiles, late medieval Asian and Islamic textiles, and Renaissance to eighteenth-century European silks and velvets. At Marres, a selection of 50 items will be shown alongside art works. The exhibition follows The Stuff That Matters at Raven Row (London) in 2012, which marked the collection’s first public presentation.

After running his own gallery in New York from 1964 to 1966, Seth Siegelaub played a pivotal role in the emergence of what became known as Conceptual Art, which resulted in a series of 21 art exhibitions in groundbreaking formats he organised between 1968 and 1971. In 1972 Siegelaub turned away from art and moved to Paris, where he published and collected leftist books on communication and culture, and founded the International Mass Media Research Center. In the early eighties he began collecting textiles and books about textiles, and in 1986 founded the Center for Social Research on Old Textiles, which conducts research on the social history of hand-woven textiles. In 1997 Siegelaub edited and published the Bibliographica Textilia Historiae, the first general bibliography on the history of textiles, which has since grown online to over 9,000 entries.

As Siegelaub has explicated, the intimate relationship between textiles and society can be seen in the fundamental role textile played in the rise of the capitalist system and the industrial revolution. While the form and aesthetics of textiles are generally determined by the way they are manufactured, the specific selection of items in the exhibition at Marres is based on the abstraction of forms related to function. Amongst the items on display will be Barkcloth (tapa) and headdresses from the Pacific region (especially Papua New Guinea) and Africa.

The textiles in the exhibition will be shown alongside the works of three artists, Willem Oorebeek, Lucy Skaer and Christopher Williams, whose conceptual work accordingly reflects on notions of craftsmanship, industrial (re)production, modernity, appropriation and representation.

By juxtaposing these artistic positions with the collection, the textile pieces will, along with their social and political historical references, renegotiate their aesthetical and formal qualities. In addition, the analogy drawn between the items of the collection and the artists’ works provokes a discussion on ‘abstraction’, ‘surface’, ‘materiality’ and ‘classification’ in relation to autonomy.

For more information and images, please visit the press section of the website: www.marres.org/en/press, or contact Sanne Koolen: sanne@marres.org or by phone +31 43 3270207

Marres
Centre for Contemporary Culture
Capucijnenstraat 98 - 6211 RT Maastricht
Opening hours:
Marres, Marres Books and Marres Kitchen are open from Wednesday through Sunday between noon and 19:00 pm.
The office is closed on Mondays.
Marres and Marres Books are closed on New Year's Day (1 January), 1st Easter Day (8 April), Queen's Day (30 April), 1st and 2nd Christmas Day (25 & 26 December) and during the installation of new exhibitions.
Admission:
€5,- (normal)
€3,- (students)
Children below 12 & Museumjaarkaart free
Every last Sunday of each month at 2 pm, Marres offers free guided tours for her visitors (only entrance fee). Registration is not necessary.