An exhibition based on a book of the same name by Raymond Williams. The artworks cover the period from 1976 to the present with a significant focus on the 1980s. Almost all works are from artists who have practiced in Britain from this period, consequently they reflect, investigate or contest what the term British meant as it underwent a paradigm shift. 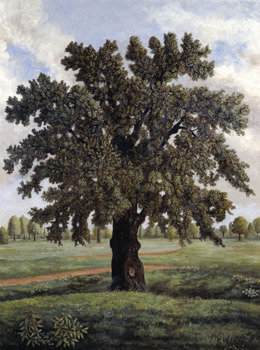 Keywords is an exhibition based on a book of the same name by Raymond Williams. First published in 1976, Keywords – A vocabulary of culture and society has become a seminal work in the study of the English language containing over one hundred and thirty words, such as Aesthetic, Bureaucracy, Equality and Wealth which are considered in a series of short essays that give an account of each word's use, its etymology, and range of meanings. In the book Williams distinguished Keywords as those words that repeatedly crop up in our discussion of 'the practices and institutions, which we group together as culture and society.'

The book is organized alphabetically, but Williams said that he often wished some other sort of presentation could be devised, a format, which would reflect how words are embedded in particular situations and produce networked relationships. The exhibition Keywords attempts such a format. The artist Luca Frei working in collaboration with Will Holder, has painted a frieze of keywords from the book directly onto the gallery wall, these are: Behavior – Theory – Popular –Realism –Technology – Folk – Violence – Criticism – Taste. Beneath this a selection of works from the Tate collection have been installed, allowing for a push and pull between word and image. This arrangement establishes a formal connection between the two, or the words become a series of imperfect captions or else suggest themes for the viewer to consider. Conversely the works themselves inflect the words. This exaggerated staging and its basic openness to interpretation, is different to conventional labeling, which often gives a summary of the work, allowing the viewer to grasp it and then move on.

The artworks presented cover the period from 1976 to the present with a significant focus on the 1980s. Almost all works are from artists who have practiced in Britain from this period, consequently they reflect, investigate or contest what the term British meant as it underwent a paradigm shift. The decade was marked by different forms of oppositional politics, which had a direct impact on culture—from the miners' strike, to the Campaign for Nuclear Disarmament, from mass opposition to the Poll Tax, to the race riots and an ongoing insurgency against British rule in Northern Ireland. The exhibition also aims to reflect William's belief that culture itself is key to these changes, including the emergence of a more emphatically diverse society in its identity and its forms of expression—something demonstrated by many of the works in this exhibition. An idea of this period is further detailed in a programme of films curated by the Otolith Collective featuring works from Channel 4 between 1979 and 1985, which voice some of the issues facing politically motivated filmmakers at that time.

Continuing with Iniva's long term Keywords lecture programme, talks from Linda Bellos, Douglas Crimp, Leo Bersani and Geeta Kapur will address the keywords Equality, Theory, Sex and Practice. The selection of Keywords is brought up to date, in a series of workshops taking place within the exhibition, facilitated by Adrian Rifkin in collaboration with Christian Nyampeta and Rebecca Bligh and Morgan Quaintance, as well as in the evolution of the project towards an exhibition at Tate Liverpool in 2014. This work of developing new keywords is undertaken with the help of artists, writers, critical theorists and students, as well as the contribution of the general public.

About Iniva
Iniva (Institute of International Visual Arts) engages with new ideas and emerging debates in the contemporary visual arts, reflecting in particular the diversity of contemporary society. We work with artists, curators, creative producers, writers and the public to explore the vitality of visual culture. Iniva programmes at Rivington Place, off-site and virtually. www.iniva.org