A Look at the Turbulent 1980s and Early '90s. Composed of deeply personal paintings, sculptures, drawings, prints, and photographs culled from the museum's permanent collection, the show reveals both the individual and collective concerns of this highly charged era. It explores how notions of race, religion, gender, sexual orientation, and community informed the work of artists throughout this tumultuous time frame. 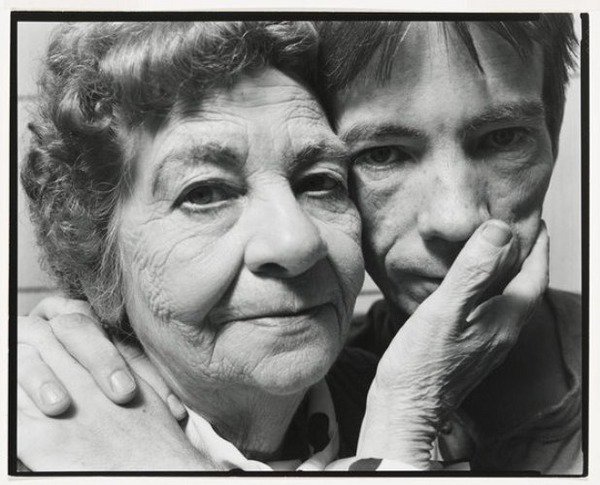 The final installment in a series of exhibitions reassessing the Museum’s permanent collection, I, YOU, WE—three words that strike at the core of how artists perceive themselves, their subjects, and society in general—provides the framework for a survey of art from the 1980s through the early ’90s at the Whitney Museum of American Art. Curated by David Kiehl and composed of deeply personal paintings, sculptures, drawings, prints, and photographs culled from the Museum’s permanent collection, the show reveals both the individual and collective concerns of this highly charged era. I, YOU, WE will be on view from April 25 to September 1 in the Museum’s second-floor Mildred and Herbert Lee Galleries.

The 1980s are often remembered as the time of a burgeoning art market, fueled by equally surging stock prices, although in fact this pivotal period witnessed a widening gap in wealth and ideology throughout the country. Though Wall Street experienced record growths, less prosperous members of society suffered the effects of rapid gentrification and disenfranchisement. This was also a time when the AIDS epidemic ravaged communities, though the disease went largely unacknowledged by politicians, including President Ronald Reagan, who failed to mention its existence until 1987.
Within this divided landscape, artists confronted essential questions about identity within their work. In examining their answers, I, YOU, WE explores how notions of race, religion, gender, sexual orientation, and community informed the work of artists throughout this tumultuous time frame.

“The brash and often strident, confrontational approaches initiated by artists during this period to address the personal, social, economic, and political concerns of these years have a stirring, thought-provoking relevancy to our present day,” says David Kiehl, the Whitney’s curator of prints and special exhibitions, who organized the show.

Arranged into four sections, the show begins with a gallery devoted to “I.” Largely composed of works that address shifting perceptions of personal identity, this space will contain pieces by John Coplans, Robert Gober, Robert Mapplethorpe, Mark Morrisroe, Catherine Opie, Cindy Sherman, Kiki Smith, Carrie Mae Weems, and Francesca Woodman, among others. Though many of the works are self-portraits, others play with notions of individuality such as Jasper Johns’s Racing Thoughts (1983) and Glenn Ligon’s 1990 painting Untitled (I Do Not Always Feel Colored).
Moving into the “YOU” section, the perspective shifts outward as works portray intimate interactions between artists and their subjects. Within this section are Sally Mann’s pair of photographs of her son in Jessie as Jessie and Jessie as Madonna (1990); Jim Dine’s etchings of his wife in Nancy Outside in July IV (1978) and Nancy Outside in July XXI: The Red Frame (1981); and Richard Avedon’s portrait, Bill Curry, Drifter, Interstate 40, Yukon Oklahoma 6/16/80 (1980). Included in this section are also works by Peter Hujar, Alfred Leslie, Hung Liu, Andrea Modica, Shirin Neshat, Jack Pierson, Richard Prince, David Salle, and Lorna Simpson.

The most densely packed section, “WE,” scrutinizes the fundamental ideologies of contemporary American society as the nation became increasingly polarized. Untitled (We will no longer be seen and not heard) (1985) by Barbara Kruger, selections from the Yellow No Same (1992) series by Japanese-American artist Roger Shimomura, and Hollywood Africans (1983) by Jean-Michel Basquiat give voice to marginalized communities. Meanwhile Barbara Norfleet’s photograph Private House, The Bahamas (1982) and Eric Fischl’s painting A Visit To/A Visit From/The Island (1983) juxtapose the disparity between haves and have-nots. The section also includes works by Tina Barney, Felix Gonzalez-Torres, Jenny Holzer, Les Levine, Robert Longo, Juan Sanchez, and Nancy Spero, as well as two important portfolios created in the Lower East Side—PAD/D’s Concrete Crisis and Bullet Space’s Your House Is Mine.
The exhibition continues with a gallery devoted to the devastating effect of AIDS within the arts community and country as a whole. Reactions to this disease, from the activism promoted in General Idea’s Robert Indiana–inspired poster to the anger in David Wojnarowicz’s highly charged One Day, This Kid (1990), provide a stark reminder of AIDS’ profound effects on the political landscape and individuals of the time. Other works include Donald Moffett’s He Kills Me (1987), Martin Wong’s Big Heat (1988), Hugh Steers’s Bed Pan (1994), sheets from Sue Coe’s AIDS Suite (1994), photographs by Nicholas Nixon from his People with AIDS series, and Wojnarowicz’s intimate photographs of Peter Hujar minutes after his death.

The final gallery is devoted to Nan Goldin’s Ballad of Sexual Dependency (1976–96), a visual diary of Goldin’s friends and family. Comprised of approximately 700 slides and an accompanying soundtrack, the work incorporates themes that are interwoven throughout the exhibition.
I, YOU, WE marks the final installment of a two-year exhibition series delving into the Whitney’s permanent collection. This series was launched in April 2011 to reassess the Museum’s holdings in anticipation of the 2015 opening of its new building in New York’s Meatpacking District. Unfolding chronologically, the five exhibitions—Breaking Ground: The Whitney’s Founding Collection; Real/Surreal; Signs & Symbols; Sinister Pop; and I, YOU, WE—have eschewed standard “isms” and general movements frequently used to categorize art history. Instead, the Whitney’s curators have sought to reframe both well-known and under-appreciated works within the collection in new contexts.

Exhibition Support
Major support for this multipart exhibition series that launched in 2011 and ongoing support for the permanent collection is provided by Bank of America.

The Whitney Museum
945 Madison Avenue at 75th Street, New York City
Museum hours: Wednesday, Thursday, Saturday, and Sunday from 11 am to 6 pm, Friday from 1 pm to 9 pm, closed Monday and Tuesday.
General admission: $18. Full-time students and visitors ages 19–25 and 65 & over: $14.
Visitors 18 & under and Whitney members: Free.