Alexandre Kojeve as a Photographer. The experimental exhibition presents the photographs, collected postcards, and hand-drawn itineraries of the French-Russian philosopher Kojeve (1902-1968) to compose a visual exposition of his philosophy. 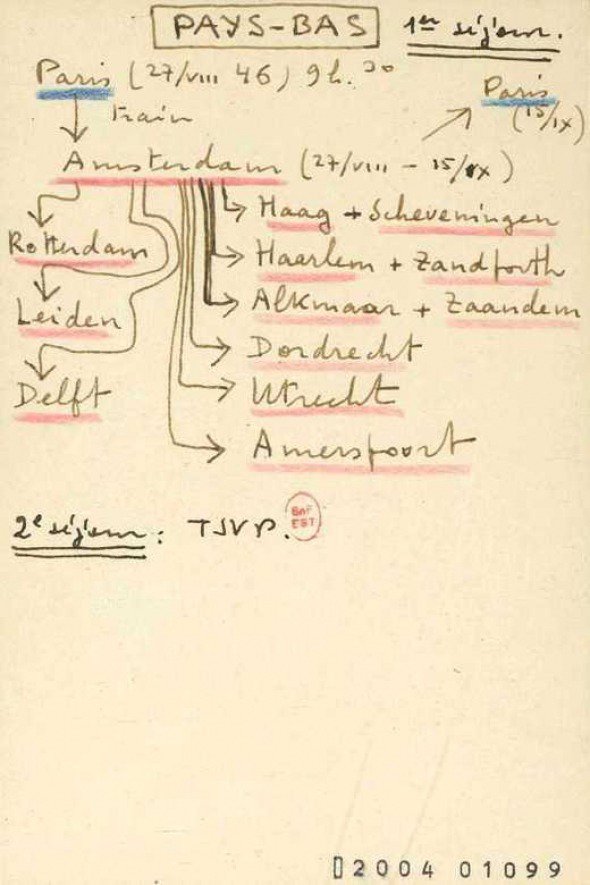 The experimental exhibition “After History: Alexandre Kojève as a Photographer” presents the photographs, collected postcards, and hand-drawn itineraries of the French-Russian philosopher Alexandre Kojève (1902-1968) to compose a visual exposition of his philosophy. Kojève’s lectures on Hegel in Paris before World War II deeply influenced critical thinkers of the post-World War II generation, and among his students were Jacques Lacan and Maurice Merleau-Ponty.

He expressed in his writings on posthistory that a commitment to certain aesthetic attitudes has replaced the more traditional “historic” commitment to the truth. Guest curator Boris Groys asserts that discourses of biopolitics put forward by Michel Foucault, Giorgio Agamben, and Gilles Deleuze are indebted to Kojève’s work. The project presents the philosopher’s world view in the tumultuous postwar era as colonial history was being played out between the West and the so-called “Third World.” The James Gallery is the only US venue for the exhibition made in collaboration with BAK Utrecht, the Netherlands.

Cosponsored by the Andrew W. Mellon Committee on Globalization and Social Change.