The Hunter and the Factory

The city's limits, which once clearly marked the boundary between city and countryside, are now but an abstract trace on a map, while the actual distance between the city and the countryside keeps increasing. What about the relationship between the urban grid and artistic production and contemplation? The exhibition includes work by Doug Aitken, Maurizio Cattelan, Sam Durant, Olafur Eliasson... 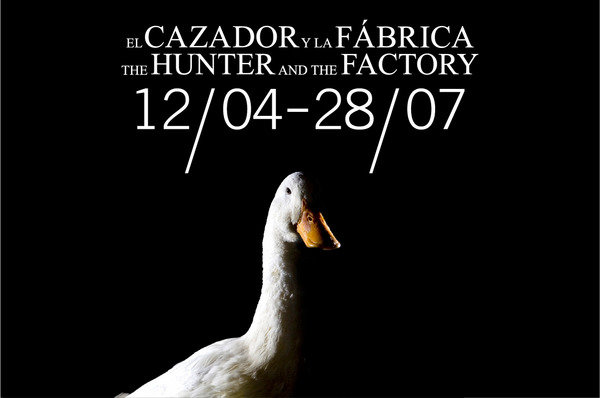 Santa María Tulpetlac, a Sunday afternoon. A familiar modern setting: rivers, lakes and forests have given way to the urban and industrial sprawl after being drained, razed and paved over. On street corners sprawl languid dogs like unavailable witnesses. The bare trees that surround the ponds rise from the ground like smoky lace. Here and there, people saunter in and out of the haze and sunlight into a phantom world.

The city’s limits, which once clearly marked the boundary between city and countryside, are now but an abstract trace on a map, while the actual distance between the city and the countryside keeps increasing.

Can we then think of parks as grey areas rather than green spaces, as transitional zones that exist somewhere between urban and rural life? Historically, parks were (and continue to be) artificially demarcated fragments of nature, originally conceived as spaces for hunting and leisure that, at some point in time, reflected a longing for social mobility. And in spite of being a place designed for the gaze, the park can no longer be considered a thing in itself, but rather a process of ongoing relationships—a context that for some represents the ideal site for artistic practice.

But then, what about the relationship between the urban grid and artistic production and contemplation? It has been speculated that the origin of the detective story can be traced back to the figure of the hunter: there is a rifle hiding behind every tree branch, each branch’s multiple ramifications indicating different paths or trails to follow, and implying dread or hope. The possibility then arises for the hunter’s experiences to be played out in the city. Before the hunter, the city splits into dialectic poles. It opens up like a landscape and encloses him like a room. Our gaze lingers on this figure that navigates society, its laws, and the duplicities and betrayals of his accomplices, walking among reptiles, wild beasts and enemy tribes. However, the rat and the bear are not real animals, they are men in costume, disguised as animals who, after a wave of social unrest (various sources blame the lack of communication between painter and viewer), launch an inquiry hoping to make lots of money, this time, off of art. During their investigation they find a corpse in a gallery and they take it with them, thinking it is the key that will give them access to the worlds of culture, action, and finance. However, due to their lack of results, the rat tries to solve the case by itself, as it sees no distinction between artist and detective.

The political significance of the coexistence of the rat, the bear, and the hunter in the factory does not merely lie in the allegorical representation of social types—clowns, prostitutes, flâneurs, oarsmen, clerks, soldiers, and nurses—but in the attempt to affirm them as equally legitimate viewers within the economy of spectatorship, hoping to transcend the division between artistic producers and consumers in contemporary society.*