In celebration of the "2013 Year of Italian Culture in the United States". The show brings works by Antonio Pio Saracino, Andrea Bianconi, Borinquen Gallo, Verdiana Patacchini, Paolo Pelosini and Alessandro Del Pero. All artists being currently based in New York City. 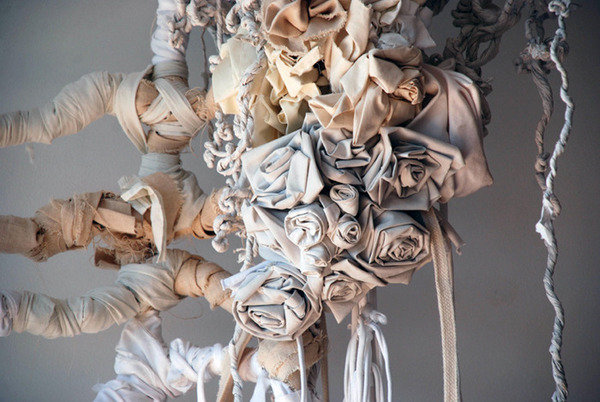 In conjunction with and celebration of the "2013 Year of Italian Culture in the United States", Provenance Center is pleased to present a collective show titled, "Italian Vibrations". For this exhibit, we are excited to welcome Alessandro Berni, who will be serving as our guest curator. All artists being currently based in New York City, this show will bring works by Antonio Pio Saracino, Andrea Bianconi, Borinquen Gallo, Verdiana Patacchini, Paolo Pelosini and Alessandro Del Pero to our area for the first time. Through the use and display of digital art, installations, sculptures and paintings, the theme of this exhibit seeks to merge issues of contemporary society with the spiritual roots and traditions of Italian heritage.

This Provenance Center event is an unprecedented opportunity to experience the energy and innovation of a new generation of Italian artists, and further appreciate the cultural connections we have long enjoyed with the Italian people.

Antonio Pio Saracino, as an architect and designer, has presented at the 2011 Venice Biennale and has received many international awards, among which the 2007 Chicago Museum of Architecture American Architecture Award. He is also a four-time winner of the Future Furniture design competition sponsored by Interior Design magazine of New York and his works are in the permanent collection of the Brooklyn Museum and the Museum of Art and Design in New York City.

Andrea Bianconi lives and works in both Brooklyn and Vincenza, Italy. His art addresses the concept of isolation which produces, in his idea, a glorification of ourselves and, at the same time, causes a desire to escape from the reality to find again a new isolation. Working with objets trouve, Bianconi is interested in the human being intended as possessing both a private and social identity at the same time and as an accumulation of tensions which simultaneously attract and repulse resulting in various manifestations of compulsive behaviour.

Borinquen Gallo is an artist and educator who is deeply committed to providing quality arts education for diverse populations of youth, adults and seniors. She earned a BFA from the Cooper Union for The Advancement of Science and Art, an MFA from Hunter College and is currently pursuing her doctoral studies at Teachers College, Columbia University. Her sculptures function as visual metaphors that, while avoiding pontificating specific meanings, evoke a multiplicity of themes including the tension between notions of spirituality and scientific progress, as well as the commodification of the body, mass production, consumerism storage and design.

Verdiana Patacchini holds a degree in Enhancement and Conservation of Contemporary Art at the Academy of Fine Art in Rome, with the highest honors, and has a degree in Painting from the Academy of Fine Art in Rome. She has also been a Professor of Fresco Technique Class and an Assistant Professor of Painting at the Academy of Fine Arts of "Lorenzo da Viterbo." Her work has been exhibited by galleries across Italy, is held in the permanent collection of The Gallery of Modern and Contemporary Art of Viareggio, Italy; and was shown at the Italian pavilion at the 2011 Venice Biennale. Among recent honors, Patacchini was the 2nd prizewinner of the 2012 Catel Award (one of Italy's most prestigious competitions) with her work "La Veronica".

Paolo Pelosini graduated from the Instituto D'Arte of Lucca in 1964 and from the Accademia D'arte of Florence in 1969, with a primary focus on painting. Later in 1969, he enrolled in the MFA program at the University of Minnesota. In 1970, he switched from painting to Conceptual Art. After teaching for two years at the Cleveland Institute Of Art, he moved to New York. In 1982, he began sculpting, cutting found metal objects with an ax. Today he still uses the same method and materials, in his studios of Spanish Harlem and Massarosa, Italy. Pelosini has exhibited widely, including the US, UK and Italy, and has received many international awards, notably the Gold Medal, "Premio Nazionale Citta Di Imperia", Imperia, Italy; First Prize, "Premio Di Pittura Studentesco Nazionale", Milan; and, the Gold Medal, "Premio Di Pittura Giornale D'Italia", Rome.

Alessandro Del Pero is a self-taught painter. He has participated in many solo as well as group shows nationally and internationally - New York City, Italy, Spain, Austria, Czech Rep. His most recent solo shows include "incomodo" at the Spaziarti Milano in Italy and "Effort" at the Tazza Gallery in Chelsea, New York, and participation in group shows such as "G8-Kunstart Art Fair" in Bolzano, Italy and "PANORAMA 4" in Fortezza, Italy.