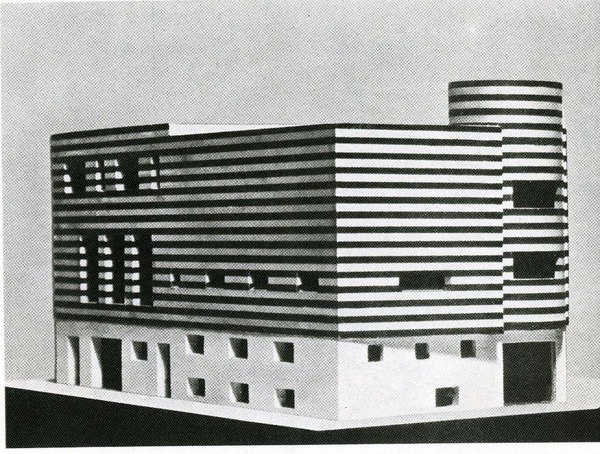 A cooperation of Columbia University, New York and the MAK, Vienna

The continuous influence of Adolf Loos (1870–1933) on the building culture of the past hundred years will be in focus at the exhibition LOOS: Our Contemporary, set to run from 13 March 2013 at the MAK in Vienna. Loos’s minimalist aesthetic paradigms and his radical concept for an ethical world architecture and aesthetics influenced the oeuvres of numerous modern-era architects, a fact that this showing— developed by the British Loos expert Yehuda E. Safran—vividly demonstrates. LOOS: Our Contemporary was first seen by the public at the CAAA – Centro para os Assuntos da Arte e Arquitectura in Guimarães, Portugal, and its presentation at Columbia University (beginning in July) will be accompanied by a symposium at MoMA, New York.

Yehuda E. Safran, an architectural theorist and a professor at New York’s Graduate School of Architecture, Planning and Preservation (GSAPP) at Columbia University, took inspiration for this project from Jan Kott’s book Shakespeare Our Contemporary (1965), as well as from Adolf Loos’s essay Ornament and Crime (1908). In this legendary polemic, Loos—who helped shape Vienna’s turn-of-the- century aesthetic discourse as an ardent opponent of the Ringstraße Style and a sharp critic of Art Nouveau and the Vienna Secession—vehemently opposed the application of any and all newly invented ornamentation to utilitarian items and buildings.

His radically modern ideas and typical design style are based on the functional advancement of the traditional; Loos’s best-known works include the interior of Café Museum on Vienna’s Karlsplatz (1899) and the commercial building for the Viennese men’s clothier Goldman & Salatsch on Michaelerplatz (1911).

This exhibition’s Viennese presentation will be enriched by never-before-shown drawings and objects by Loos for projects such as the Villa Karma (1904–1906) in Clarens near Montreux, Switzerland. Contemporary Viennese takes on Loos in the form of works by artists and architects such as Heinz Frank, Karl-Heinz Klopf and Hubmann – Vass Architects will likewise round out this showing, as will a retrospective on major Loos presentations and Loos-related research in Vienna.

For this exhibition, an issue of the magazine Potlatch has been published with the title Adolf Loos: Our Contemporary / Unser Zeitgenosse / Nosso Contemporâneo (No. 3, Autumn 2012, New York, edited by Yehuda E. Safran); it contains texts by Beatriz Colomina, Hermann Czech, Rainald Franz, Benedetto Gravagnuolo, Christopher Long, Can Onaner, Daniel Scherer, and Philip Ursprung, and can be purchased at the MAK Design Shop for € 20.

For the realization of the exhibition LOOS: Our Contemporary, as well as for exhibition and tourism projects in the Centrope Region, the MAK and the Moravian Gallery in Brno have been granted financial support by the EU subsidy program “European Territorial Cooperation Between Austria and the Czech Republic, 2007– 2013.”