A group show permeated by the symbolic power of things, their meanings and mutations of value that occur in acts of exchange. Works of artists and researchers from Brazil, Portugal, Chile, Peru, Argentina and Haiti are combined in an installation that reflects on the act of bartering. 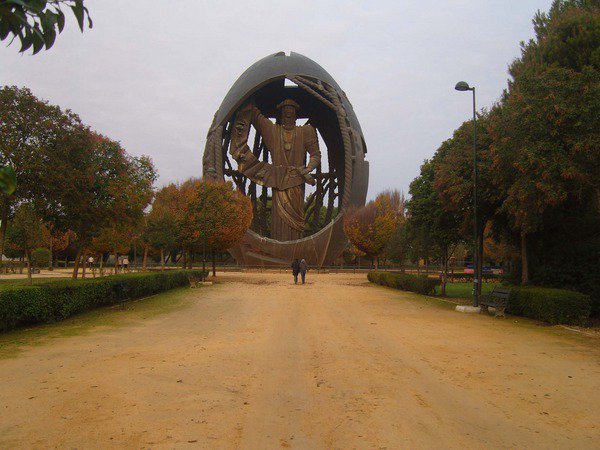 Barter: trade in goods and services between two or more parties. This inaugural gesture of colonial relations implicated in the confrontation of world-systems unknown to each other, which were soon reinvented into parallels, coincidences and mixtures, thereby establishing an economy of exploitation and violence that involved all: whether stone, plant, animal or human.

Contra Escambos is a group show permeated by the symbolic power of things, their meanings and mutations of value that occur in acts of exchange. Works of artists and researchers from Brazil, Portugal, Chile, Peru, Argentina and Haiti are combined in a constructivist installation (not the Russian type) that reflects on the act of bartering as a key element in the emergence of other modernisms that resulted from a dynamic of global colonialism.

The exhibition is proposed as a way of dealing with cultural narratives, political vectors and economic matrices of our colonial-modern past that still persist and manifest itself in the present.

The exhibition will take place in the cities of Belo Horizonte and Recife and unfold in several activities around aspects of each region, in order to draw connections between local contexts and the main theme of the project.

More and more contemporary art projects try to interfere and/or process the large economic and sociocultural flows – both material and immaterial – that cut across all levels of contemporary society. We can follow certain lines of contemporary cultural production that promote an idea of global art that expands and migrates toward various contexts. However, we find the need to confront such a conception, through specific contextual possibilities which might enable us to reflect on local realities and historical materiality in the face of certain global discourses. Contra Escambos is an exhibition project inserted in this debate, trying to operate at the intersection of globalising narratives and other actions that remain on their bordering lines.

The notion of Contra Escambos is proposed from a post-colonial perspective, in order to address the continuous impact of the dichotomy colonialism/modernism on flows of contemporary life, especially in Latin America. The project focuses on facets of historical narratives, colonial legacies and observations of urban transformation – combined with sociocultural and economic elements that take shape in crossbred and miscegenated environments.

Contra Escambos presents a selection of strategies – both documentary and fictional – based on visual research, cultural narratives and the creation of transversal archives, seeking to activate critical perspectives on this dual aspect of the modern and the colonial (or the Colonial Modern). And thus support a debate on (post)colonialism and the so-called multiculturalism that will explore the complexities of local knowledges in their constant movements, contamination, fictions, rumours and changes.