Using artworks and materials from cultural history, the "The Whole Earth" exhibition critically explores the application of ecological-systemic concepts to society, politics, and aesthetics. "Plan the Planet", the first episode of the film series "Anthropocene Observatory", traces the two sets of coetaneous transformations: on one side the recomposition of world sovereignties and polities and the long rise and formation of international institutions, on the other the re-organisation of infrastructures and procedures of measurement and planning. 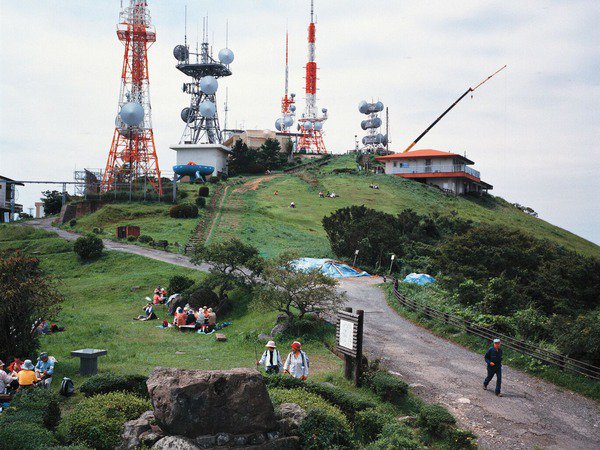 The image of the “blue planet,” a new perspective of the earth as seen from the outside, is one of the most popular images in history. This image, more than any other, has shaped the popular notion of the age of the “whole world” and globalization, from a worldwide society linked by the Internet to the current debate on the climate. Using artworks and materials from cultural history, the exhibition will critically explore the application of ecological-systemic concepts to society, politics, and aesthetics.

The exhibition is one of the first to explore the history of the photograph of the “blue planet,” and reflects in a comprehensive way the power of the Whole Earth Catalog, the analog predecessor of Google (Steve Jobs). It was published in 1968 for the first time by Stewart Brand, who later coined the term “personal computer”: a compendium of useful utensils for the planetary future, it used the image of the whole planet for its cover. the whole earth takes up the historic moment of what was later called the “Californian ideology”: an alliance between hippie culture and cybernetics, nature romantics and technology worshippers, psychedelia and computer culture. In this exhibition, curators Diedrich Diedrichsen and Anselm Franke explore these countercultures in California of the 1960s and 1970s: with visual and audio documents, historical and contemporary artistic contributions. They reflect various impulses from politics, ideology, and popular culture for an environmentalist movement and the rise of a digital network culture.

How have political conflict lines been neutralized? How did ecology and cybernetics lead to the system and self-management of the capitalist network society?

From eco-psychedelia to Internet-neoliberalism: the conference raises questions about the heritage of Californian counterculture. How have some of their concepts become global principles of the new capitalist “frontier”?

Roundtables explore the historical sources and references of fields of discourse and politics, such as the ecology movement, cybernetics, anti-conformist cultures, new art practices under the sign of liberation and their transformations up through globalist network capitalism of the 1990s. In so doing, the background conditions of the discourses that are today negotiated, modernized, or forgotten in the concept of the Anthropocene will be explored. The conference will be structured by various interpretations of the “outside,” which, as the conference title suggests, has disappeared.

This project will develop film productions on questions and implications of the thesis of the Anthropocene.

In several film episodes the Anthropocene Observatory will explore scenes and scenarios of a geological age. How is planet Earth becoming an object of planning?

Operating as an observatory, a composition of documentary practices, discourses and interventions, the project traces the formation of the Anthropocene thesis. Information about scientific research is acquired, registered, evaluated, processed, stored, archived, organised and re-distributed across a number of specific international agencies and organisations. These behind-the-scenes processes that lead to the equally complex decision making procedures form new discourses and figures of shift. They are documented in a series of short films, interviews and documentary materials: the project produces an image of the unfolding of the thesis of the Anthropocene in its many streams of influence.

A project by: Territorial Agency, Armin Linke and Anselm Franke

The first episode of the film series traces the two sets of coetaneous transformations: on one side the recomposition of world sovereignties and polities and the long rise and formation of international institutions, on the other the re-organisation of infrastructures and procedures of measurement and planning.