The 9th edition of the prize presents works by Albano Silva Pereira, Filipe Branquinho, Pedro Motta and Sofia Borges. This important award has paid tribute to and recognised many of the field's most significant practitioners, and important collections of contemporary international photography. 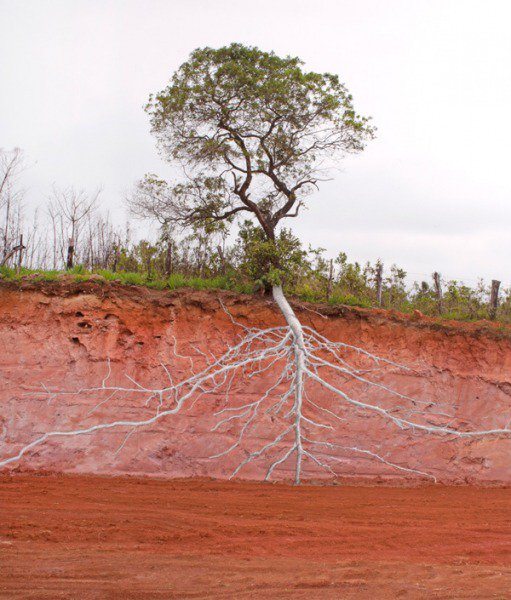 It is impossible to speak today about the dissemination of photography without mentioning Banco Espírito Santo and the key role it has played in this area. By means of this important award, which has paid tribute to and recognised many of the field’s most significant practitioners, and the important collection of contemporary international photography it has built up, much has changed in Portugal in recent years. For the Museu Coleção Berardo, involvement in this project has been a motive for developing and enhancing its programme.
Ever since its very first edition, in 2004, BES Photo has gradually established itself as one of the most prestigious contemporary art prize awarded to Portuguese artists and also, since 2011, to artists from Portuguese-speaking countries. The reputation of this event has been enhanced by the great talent revealed by the works exhibited and the merit of the award-winning artists in previous editions – Helena Almeida, José Luís Neto, Daniel Blaufuks, Miguel Soares, Edgar Martins, Filipa César, Manuela Marques and Mauro Pinto.
A international jury composed of Bisi Silva, Delfim Sardo and Agnaldo Farias selected the following artists for the 2013 exhibition and award: Albano Silva Pereira (Portugal), Filipe Branquinho (Mozambique), Pedro Motta and Sofia Borges (both from Brazil).
The works of these artists, presented here until June 2, will be assessed by an award jury, also international, consisting of the writer Geoff Dyer, Professor Luc Sante and the art critic Rosa Olivares. The winner of the 9th edition of BES Photo 2012 will be announced on May 7.
In 2013, the project has been joined by a new and important partner, the Instituto Tomie Ohtake, that will show the exhibition in São Paulo from June 18.

“[…] I don’t believe in pure truth. Black and white gives me fiction and poetry. And also because of the light. I’m a photographer. Light is indispensable – whether in the harsh and brutal light of the desert or the shadow or inner darkness of a camp – because I don’t use flash. The perfectionist and supposed conceptual side of art and the construction of the object doesn’t interest me. I’m a photographer who is essentially seduced by the light which perhaps is the most important element in my photographs. I’m not interested in manipulating them. The only way I do that is by using black and white. I’m more interested in poetic truth than supposed realistic truth – I prefer a symbolic truth. I’m not interested in a naif, basic and primeval reality. Photography is another reality: from the moment you choose a camera, a lens, a format, the paper and black and white... It is the artist who manipulates what he creates and I don’t want to dilute myself in a supposed truth. It is just the truth of my glance, of my interpretation. What I try to do is present my confrontation and dialogue with the world. I don’t want to use decorative or artistic filters. The artist has to have the fundamental understanding that art is always symbolic, it is not the faithful exposure of a certain reality.”

“The idea for Showtime came from the book Pão Nosso de Cada Noite [Our Nightly Bread] by Ricardo Rangel, photographed in Rua Araújo, the so-called ‘Rua do Pecado’ [Sin Street], and from some of José Cabral’s nudes, […]. Using these images, I started by drawing an illustration and that led, afterwards, to the urge to take some photos, to photograph women the way José Cabral does but in a Ricardo Rangel scenery. I started thinking about this in 2006 or 2007, when I got back from Brazil. Then I started to work as an architect and only now, after deciding to devote myself full-time to photography, have I managed to find time to make the idea come true. […]
Unlike Rangel, who took a lot of photographs of the street and the bars, I wanted to delve a bit deeper, to get to the centre – the hotel rooms which already existed in Rangel’s time, fifty years ago, and oddly are still there today. I started by visiting the place to get to know it, to find out what it was like and to think about how I could photograph it by taking Rangel and Cabral’s approaches while distancing myself from them. I visited the hotels, talked to the owners and saw the rooms. I found out at Hotel Central that six of the fifteen or twenty rooms are paid by the hour, at two hundred meticais [five euros approximately]. These rooms, where the prostitutes take their customers during the day and night, are called ‘showtime’. I decided to photograph the women from Rua de Bagamoyo in the rooms they use. Every customer has a fantasy and I, as a customer, paid for the rooms and the women to be there and my fantasy was to photograph them. [...]”

“I think that to an extent I’m a frustrated sculptor as I could have created some of these interventions, such as the mounds of earth, then photographed them. Finding these ‘things’ is also an exercise in itself. Many I’ve known of for years and during my travels (between cities) I inevitably pass them. I think I create a certain affective geography which I later record. In my more recent work, there is a growing urge to distort the order of things. The drawing therefore denoted an urge to play with the infinite possibility of building a new affective geography. I can also say it would also be a fictitious geography in which the basis of rural everyday life is constantly changing, first by the hand of man and second through disorder and artistic creation. […]
Sculpture is becoming increasingly important in my work. When I started taking photos, my relationship with photography was different, it was still very associated with the documentary, with photographic culture, with the referential and, to an extent, with the photographers of the 1960s-1970s (Robert Frank, Ed Ruscha, Josef Koudelka...). Now, I see photography as a means of realising a pre-conceived work. I believe that at any specific moment I can conceive and materialize an idea and then record it, using photography purely as a medium of presentation. A major influence on me here were Carl Andre’s sculptures, principally with regard to the formal aspect. […] ”

“Os Nomes [The Names] is the result of a visit to the Museum of Paleontology in Paris, where I took around 600 photographs. Of these I will be showing nine at the exhibition, which at most will consist of ten photos, all in large format. The sole exception to the group is the photo Coruja [Owl], which I took in 2010 at the Museum of Zoology in São Paulo. All of the others were taken in 2012 on the same day at the museum in Paris. […] In my opinion, some of these images are so odd that they get lost in a limbo between the abstract and figurative; they are indecipherable objects while at the same time illustrative and also material. […]
No matter how clear it is to me what my interests are in each of the ten images I chose to include in Os Nomes, I still find it difficult to talk about them as a whole. Exactly because I think that in this exhibition I will be able to talk more precisely about what photography is; while at the same sensing that nothing will actually manage to achieve fully what it set out to do. Because they are too strange, I think these images will always be a barrier due to the very violence of their presence. These images overflow, transpose, spill over. They are aliens; they do not appear to contain history or a definitive form. Os Nomes, the title, defines for me the attempt to name something that can not be defined, which is precisely the way I understand a photograph.”

Excerpts of the interviews published in the catalogue.