Phantom Vessels. A collection of new large-scale charcoal drawings and small graphite drawings, together with five bronze sculptures. The works attempt to recharge classic archetypes by reactivating mythologies from the various backgrounds that make up our current cultural and political climate. 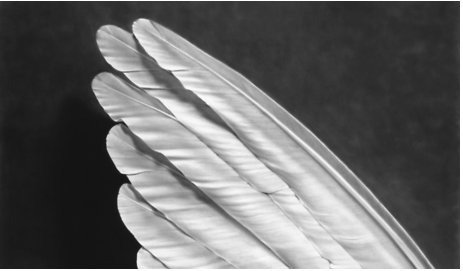 "Longo has long been fascinated by figures of power, which he locates everywhere – in our psyches, in media culture, in the reaches of outer space, in the depths of the ocean. He describes some of his motifs as Phantom Vessels – vessels that can be taken over and filled with primal feelings." Thus Hal Foster in 2012 on the work of the American artist Robert Longo (b 1953 in Brooklyn, NY).

Phantom Vessels consists of a collection of new large-scale charcoal drawings and small graphite drawings, together with five bronze sculptures, to be presented from 22 March until 11 May in the Galerie Thaddaeus Ropac in Salzburg. After the exhibition God Machines, shown in 2011 to mark the 20th anniversary of the Paris gallery, this is Longo's second major project for the Galerie Thaddaeus Ropac. Longo is returning to Salzburg after a 20-year gap: in 1993 he designed the stage-set for Peter Mussbach's production of Mozart's opera Lucio Silla.

As Longo explains, the works attempt to recharge classic archetypes by reactivating mythologies from the various backgrounds that make up our current cultural and political climate. One mythology that informs this particular group of works is that of Parsifal and his search for the Holy Grail; his acts of valour, as well as his foibles, become a metaphor for America's own search for greatness. From this myth, Longo extracts icons such as a forest, a knight in armour, a mother or a maiden, in order to examine them through his rich black-and-white mode of representation. Longo also uses to advantage the architecture of the splendid Villa Kast, transforming the gallery into a body, each room acting as an extension of this body. Thus the exhibition not only occupies the vessel of the gallery, but itself becomes a conceptual vessel holding these entities together.

The smaller drawings distributed throughout the rooms are graphite representations of classic works ranging from a Byzantine Jesus to works by Salvador Dalí and Frank Stella. Recreating these works in black and white is a process of abstraction. Part of Longo's ongoing Heritage series, they act as a meditation on influence and on the art-historical canon, which over time has become mythological in its own right. Longo uses the exercise as a way of illustrating his own thought process. In the five bronze sculptures, he isolates figures from Francisco de Goya's famous painting A Procession of Flagellants (1812-14), to which he refers in one of the small drawings.

In the early 1980s, Robert Longo became known to a wide public. Probably his best-known series, generally seen as an icon of the 1980s, is that of Men in the Cities: depictions of men in smart black suits leaping into the air, writhing ecstatically. In 1977, together with Jack Goldstein, Sherrie Levine, Troy Brauntuch and Philip Smith, Longo took part in the legendary group exhibition Pictures in Artists Space in SoHo. This exhibition lent its name to a whole generation of artists born between 1945 and the early 1950s – the so-called "Pictures Generation". In 2009, a comprehensive group exhibition of the same name in the New York Metropolitan Museum of Art attempted to categorise this generation within the history of art. A New York Times review described it: "They were born [...] in a prosperous but paranoia-prone cold war era. They were the first kids to be raised with television, fast food and disposable everything. As teenagers they were soaked in Pop Art, rock and rebel politics. As art students, even in traditionalist programs, they felt the effects of Conceptualism. Ideas replaced objects and images. Painting was pushed to the side. The movement questioned what art was for and redefined what could be art" (Holland Cotter, 2009).

A characteristic of Longo's charcoal drawing is a kind of chiaroscuro reminiscent of Caravaggio and Rembrandt. The subject is frozen in dramatic culmination – whether the wave on the point of breaking or the mushroom cloud of an atom bomb, whether the tiger about to pounce, the open-jawed shark, or the aeroplane just before it crashes into the Twin Towers. All this, portrayed in a chiaroscuro technique, results in a gripping peripeteia. In 1989, Roberta Smith wrote on Robert Longo's motifs, channelled from his plethora of images: "Longo's works seem intended to grab the viewer by the throat, like the first few minutes of a good Steven Spielberg movie". The profound black of Longo's drawings, the matt surfaces that totally absorb the light, exert a magnetic pull on the viewer. The epic narrative force of Longo's works also results from his strategy of transforming the small, intimate drawing into the monumental format of painting. The drawing is given a scale which was not previously associated with it, and which overwhelms the viewer.

His works are on show in prestigious collections such as those in the Guggenheim Museum, Museum of Modern Art, Jewish Museum and Whitney Museum of American Art (all New York), LA County Museum of Contemporary Art, Stedelijk Museum (Amsterdam), Centre Pompidou (Paris), Albertina (Vienna), Tate Gallery (London), Jewish Museum (Berlin), and Museum Ludwig (Cologne). In 2005, Robert Longo received the Goslar Kaiserring, one of the worldwide most important awards for modern art.

Robert Longo lives and works in New York, with his wife, Barbara Sukowa, and three sons.