The Limits of Fashion

The centrepiece exhibition of Krakow Photomonth's 11th edition Poland's largest photography festival, the programme will consist of several dozen exhibitions and events. This show is focused on critical analysis of the role of clothing, appearance, style and fashion in contemporary Western culture. 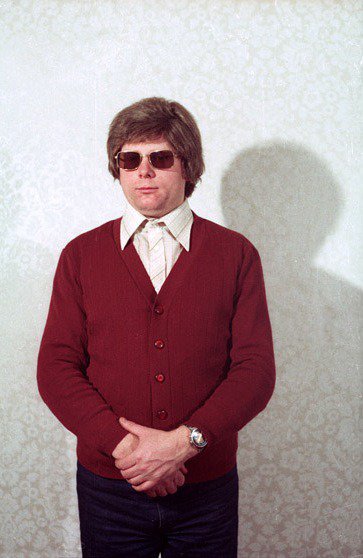 Not long to go now till the latest edition of Krakow Photomonth, Poland’s largest photography festival. This year’s will take place in May and June (16 May–16 June). The Krakow Photomonth programme will consist of several dozen exhibitions and events, including the extended centrepiece exhibition, The Limits of Fashion.

The Limits of Fashion is the centrepiece exhibition of the 11th edition of Krakow Photomonth. The exhibition, focusing on critical analysis of the role of clothing, appearance, style and fashion in contemporary Western culture, will be key to understanding the broad definition of fashion adopted for the needs of the whole of this year’s festival programme. This is a good place to start your visit to this year’s Krakow Photomonth exhibitions.

The curating team for the Limits of Fashion exhibition (made up of Paweł Szypulski, Iñaki Domingo, Karol Hordziej, Martin Kollár, Wojciech Nowicki and Karolina Sulej) worked on the premise that clothes, and the behaviours and customs that accompany them, can provide a penetrating glimpse into contemporary culture.
At the exhibition, projects will be presented devoted to a wide range of subjects – from reflection on individual style, to looking at the patterns of externally imposed models; from private and intimate rituals to using fashion as a tool of enforcement and ensuring social conformism.

Paweł Szypulski, the main project curator, says: “The limits of fashion offers an alternative view of questions to do with fashion and style and the ways of presenting them. Almost entirely missing at the exhibition is typical fashion photography. What we will be able to see is the work of conceptual artists and documentary photographers. The assembled projects represent a very diverse approach to the topic – some are deeply ironic, while some analyse it absolutely seriously. I believe that this encounter with the works of artists offering a different way of seeing from what we are used to on an everyday basis can be a fascinating experience and an inspiration for thinking about the role and significance of fashion in the modern world.” Among the things we will be able to see at Bunkier Sztuki are briefing photos for Stasi agents showing how to take on somebody else’s identity (e.g. as a tourist or policeman); portraits of butchers posing proudly and drunken businessmen; photos of snipers hidden in the grass and extremely striking African masquerades. We will also see hand-painted leather WW2 bomber jackets, photographs of a Krakow hairdresser’s salon, and much more – some 30 projects in total.

Presented alongside one another in the gallery will be photos, films and videos of artists working in the field of document and creation, as well as photographs from private archives and those belonging to government institutions. Viewers will be able to see the works of well-known and widely recognisable artists such as Zbigniew Libera, Józef Robakowski, Charles Freger and Phyllis Galembo, as well as those of the younger generation. The portraits of famous eccentrics including Leigh Bowery and Divine will rub shoulders with anonymous archive photos. The programme of this remarkable exhibition will be enhanced by interactive features to actively involve visitors. The exhibition will be presented at Bunkier Sztuki Gallery of Contemporary Art (pl. Szczepański 3A) until 16 June 2013.

When, in the early 1990s, Varvara Frol’s father brought some clothes he bought in the West to Izhevsk, the capital of the Udmurt Republic, his family must have experienced quite a shock. At the time, colourful sweatsuits, patterned sweaters, and printed T-shirts were not a common sight among the concrete developments erected on the vast open plain that stretches between the Volga River and the Ural Mountains. Outside of Russia, Izhevsk is known primarily to military buffs; its most famous inhabitant is Mikhail Kalashnikov, and the factory that manufactures his eponymous rifle is the largest industrial complex in the region. In the period directly following the fall of the Soviet Union, local sensibilities were still shaped primarily by enduring pre-Christian beliefs and a lingering Soviet mentality. If to this we add rampant banditry and the endemic poverty that was prevalent at the time, it is easy to understand that the last thing one would want would be to stand out from the crowd on the street. One could lose one’s life for wearing a colourful shirt or “foreign” hat.

Even so, it was impossible to resist the charm of the clothes the father brought home. That’s why Varvara’s family put these clothes on in their apartment and took pictures of one another. An incredible private archive was created in this way—a spontaneous Udmurtian lookbook. The photographs became evidence of a time when a bright yellow sweatsuit could represent a means of escaping from the shadow of post-totalitarian greyness.

Years later, Frol, now an artist living in Poland, transformed these pictures into a project, which is being shown to the public for the first time in the Limits of Fashion exhibit at Bunkier Sztuki. Her family pictures have been placed among and juxtaposed with, for example, training pictures for STASI agents, instructing them on how to dress up like an amateur photographer or a policeman; pictures of Polish historical reconstruction aficionados recreating the dress of warriors from past centuries; portraits showing proud butchers or drunk businessmen; photographs documenting costumes used during ceremonial African mask dances; typologies of the hand-painted jackets of World War II bomber crews; quasi-anthropological analyses of 1970s gay street fashion; and so on.

The projects included in the exhibit raise issues no less compelling than Frol’s story about a world in which shamanism, communism, and capitalism clashed with one another. Artists who are participating in the exhibit touch upon a wide array of topics. They examine the ways in which fashion can embrace an intimately personal style or be defined by externally imposed patterns. They show that fashion can be a means of constructing and announcing a nonconformist identity, though also a means of subjugating or disciplining it, of shaping and enforcing social conformity. They establish that style doubles as the badge of both the individual and the tribe. Themes of identity, dressing up, camouflage, masquerade, and uniform weave their way through the series of photographs, films, and videos on display at Bunkier Sztuki.

Bronisław Malinowski, author of canonical cultural anthropology texts, once wrote that through reflection about eating and sexual habits one can examine a culture as a whole. The premise of the Limits of Fashion curatorial team is the notion that fashion, along with its attendant behaviours and customs, can enable us to take a closer look at contemporary culture, especially when we begin exploring not only what a person wears, but why and how he or she chooses to wear it.

ORGANISER OF KRAKOW PHOTOMONTH FESTIVAL
The Foundation for Visual Arts (est. 2001) is one of Poland’s most active NGOs working in promotion of the visual arts. It specialises in photography, and its mission is looking for new definitions for photography in the context of contemporary art, history and sociology. The flagship event organised by the Foundation is Krakow Photomonth, a leading European photography festival. Between 2007 and 2011, the Foundation worked with the Krakow branch of the Association of Polish Photographic Artists to operate the ZPAF i S-Ka gallery, a space for experiment and promotion of interesting artists of the young generation. The Foundation is also a publisher: its catalogue contains both albums and books on photographical theory. It works with dozens of cultural institutions in Poland and abroad and participates in international cooperation networks and the most important photography events around the world.