tue-sat 10am-5pm, and by appointment

A Short History of Cologne 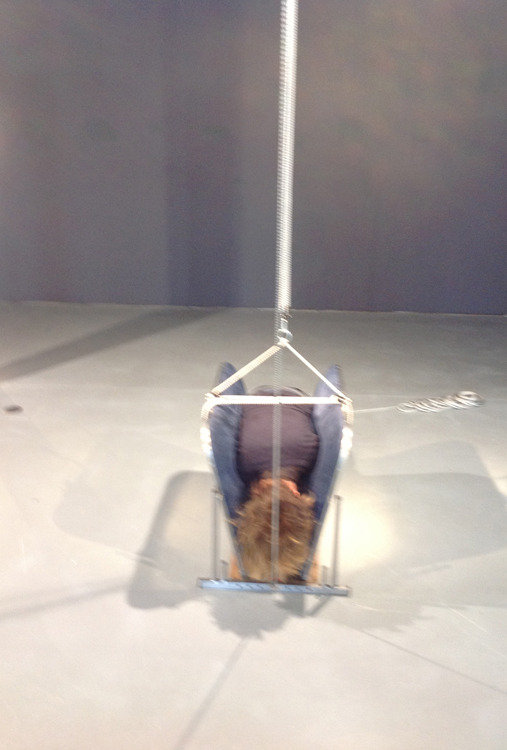 Clench your fists into the smoggy air of L.A. no more! Documentary material and new works from three artists (one is a writer) working in Germany! A trio from Köln offers a brief lung transplant into alternate history factoids! Long lost nights of cruising on the Sunset Strip are only a click away from these three, at the same time as their strange adjacency in Germany, on the west coast of the River Rhine.

No taboo lays uncovered between them! Mother loads of indignities are faced! All three fill and empty the cipher like a threaded needle thru the skin of time into the Rhineland, not now passed over for other digs.

Frances Scholz's films and paintings easily survive the demise of 90s Cologne to anti-dazzle with a new kind of plastic infinity! Between silted rows of color on white, pressed values of spacetime marble like meat onto crispiest surface. Gushes of LSD, wisps of sound stop and carry the bus away. Suddenly a hugging machine appears, laying waste to hackneyed ideas of light painting, furniture, lovers, consolation prizes, animal husbandry and bondage, etc. in the process.

In the gaps the visual can't cover Dr. von Schlegell's Neo Ficto-criticism debunks previous time forms with old intelligence and a keen eye for the forgery of illusions pressed on by contemporary cultural demanders/those in control of distribution -- including Rheinland museum directors and Berlin printmeisters! Science fiction on view here.

Julia Scher! Alien commix, landing pad, historical document and welcome sign. Self-instructor whose faux machismo mixed for Cologne the historical parables of Scher, Schindler and Schlemiel from the 80s and beyond, is brought to the table. It was deep into Bush the Second when she wound up moving for good to Cologne, taking a Professorship at the KHM. Scher hardly recognized what she saw upon her arrival. The 80s were gone, but now even the 90s too! Nothing stood between herself and that castle high in the mountains with runic symbols carved in its floor. Two friends appeared. Small models of alien landing pads began popping into the digital horizon. Might they serve as open hole way-outs? The art space, she realized, the l- void, can be the welcoming place, the feeding area for the newest visitors. Not just meet and greet -- entire museums might now hotel aliens...