tue-sat 10am-6pm and by appointment

Often made without negatives or a camera, the exhibited work is created with unique and diverse techniques that result in one-of-a-kind photographs. The included artists represent several generations, including Pierre Cordier and Floris Neususs, who have been pioneers in the field of camera-less, unique photography since the 1950s. 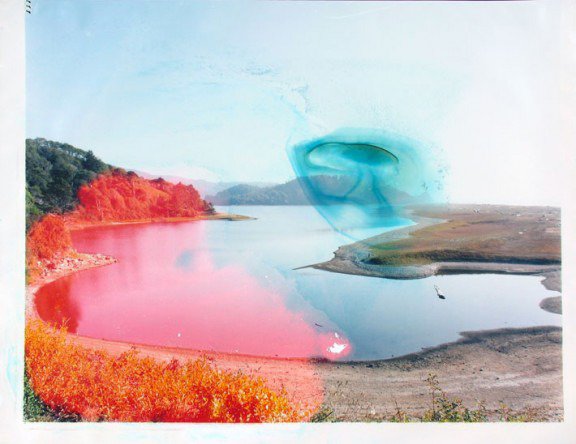 Von Lintel Gallery is pleased to present UNIQUE, a group show of non-editioned photography. Often made without negatives or a camera, the exhibited work is created with unique and diverse techniques that result in one-of-a-kind photographs. The included artists represent several generations, including Pierre Cordier and Floris Neusüss, who have been pioneers in the field of camera-less, unique photography since the 1950s.

In 1956, the Belgian artist Pierre Cordier invented the chemigram, a technique that employs resists to protect areas of the photosensitive paper from successive submersion in developer and fixer. Since 2011, Cordier has collaborated with the Austrian painter Gundi Falk. Floris Neusüss, a German photographer, explores the technical and visual possibilities of the photogram to create an innovative body of work that includes ethereal silhouettes of nude women and mysterious images of the natural world at night. Cordier and Neusüss share a spirit of experimentation and a desire to explore the infinite possibilities inherent to the chemistry of photographic paper and processes with the younger artists in the show. Following in Cordier's chemigram tradition, Amanda Means delicately scores light-sensitive paper with a grid pattern and flows developer over it, creating organic abstract compositions that are inspired by her close connection with nature. Means worked for many years as a master printmaker for other artists, including Robert Mapplethorpe, and the fluid process she employs is liberating in contrast with the exacting precision that work required.

Matthew Brandt uses the subjects of his Western landscape photographs as ingredients in their production. He soaks images of lakes in water from the same source, distorting colors and abstracting the captured vistas. John Chiara travels the California coastline with a room-size camera obscura of his own creation hitched to his car, capturing landscapes directly on photographic paper. His method invites exposure and processing anomalies, making the process part of the imagery. Although he starts with representational photographs, like Brandt and Chiara, Curtis Mann moves toward abstraction by obstructing journalistic scenes of conflict with chemically etched circles and stripes. Drawing on the tradition of photograms of the human body and of the natural world that Neusüss explores, Klea McKenna uses light-sensitive paper to capture images of elements, such as raindrops, while the Hungarian photographer Agnes Eperjesi projects multilayered and brightly colored shadows of hands, flowers, and household objects.