Art and the Pleasures of Knowing. A startling exhibition that moves wittily, sometimes mysteriously, between contemporary art, anatomy, Old Master drawings, the history of criminology, Cold War secrets, the origins of museums and voyeurism in everyday life. 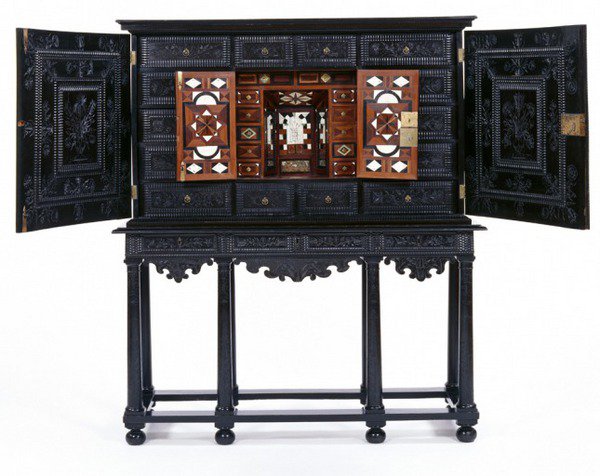 Curated by Brian Dillon and organised in collaboration with Turner Contemporary, Margate, in association with New York art and culture magazine Cabinet.

Curiosity: Art and the Pleasures of Knowing is a startling exhibition that moves wittily, sometimes mysteriously, between contemporary art, anatomy, Old Master drawings, the history of criminology, Cold War secrets, the origins of museums and voyeurism in everyday life. Taking as a starting point the cabinets of curiosities that flourished throughout Europe in the 17th century, Curiosity is a detailed and spectacular meditation on the nature of wonder, fascination and inquiry. Turner Contemporary architect David Chipperfield conceived the design for the exhibition’s initial showing in Margate, and Curiosity is set to tour to Norwich and Amsterdam.

Like its ancestor the Wunderkammer, this exhibition happily juxtaposes past and present, to create a picture of knowledge and invention that is encyclopedic but highly eccentric. Contemporary works include Nina Katchadourian’s sly and hilarious photographs made on long-haul flights: the artist disappears into the aircraft toilet and, using materials to hand, photographs herself in the costumes and poses of seventeenth-century Flemish portraiture. Back in her seat, she composes landscapes and animal studies out of in-flight magazines and meals. Attention and concentration are recurrent themes of the exhibition: under hypnosis, Matt Mullican videos himself becoming deeply interested in his own shoe and other objects. Tacita Dean films the artist Claes Oldenburg in his studio as he cleans the objects on his bookshelves. Katie Paterson invites us to pore over identical images of darkness sourced from observatories all around the world, and prepares a fragment of meteorite that will be taken into orbit by the European Space Agency in 2014, becoming the subject of live webcast lessons in astrophysics. Gerard Byrne films and photographs the territory around Loch Ness, and produces a compelling map of the frontiers between art, science and fantasy.

Visitors to Curiosity will encounter such recent works among an intriguing array of historical artefacts. Curiosity can coax us too into seeing things that are not exactly there: a collection of ravishingly patterned and coloured stones that belonged to the Surrealist writer Roger Caillois is part of the long tradition of artists projecting their visions onto the natural world. The German glassmakers Leopold and Rudolph Blaschka did not call themselves artists, but in the late nineteenth century they produced an astonishing array of exquisitely detailed models of aquatic creatures: still used as teaching aids, they hover somewhere between works of art and scientific specimens. But curiosity has a less alluring history too; the Centre for Land Use Interpretation, a scholarly-artistic institute based in Los Angeles, will exhibit a series of Rolodexes and index cards that once belonged to the US nuclear facility at Los Alamos: bearing the names and addresses of contractors hired by the government, they attest to an era of intense military-industrial secrecy.

Curiosity is a venerable subject that has long been a theme for artists as much as scientists, philosophers and writers. This exhibition includes three examples of Leonardo’s drawings of emblems, puzzles and curious objects; Dürer’s celebrated woodcut of a rhinoceros, of 1515; and Nicholas Maes’s Eavesdropper: his 1655 painting of a scene of domestic spying. But curiosity is also a compelling topic today, perhaps especially in the era of the Internet when it seems that there has never been so much knowledge available, but also that we have never been so easily distracted. Curiosity is an exploration of the ambiguous history and present meaning of wonder, attention and the urge to know. It shuttles engagingly between rigour and intuition, and asks us to focus on objects, images and ideas at vastly different scales: from the microscopic through the bodily to the cosmic and infinite. The exhibition – developed and mounted in association with Cabinet magazine and Turner Contemporary – is accompanied by a suitably playful, and informative book that includes essays by Marina Warner and Brian Dillon.

Brian Dillon, curator, said:
“Curiosity is the desire to uncover what lies beyond our present understanding of the world. Alongside wonder, which was traditionally considered the origin of philosophy, curiosity is valued because it leads us into new territories. But historically it has been condemned too as a form of distraction, an attraction to novelty for its own sake or a desire to unveil what is actually none of our business. Like the cabinet of curiosities, which mixed science and art, ancient and modern, reality and fiction, this exhibition refuses to choose between knowledge and pleasure. It juxtaposes historical periods and categories of objects to produce an eccentric map of curiosity in its many senses.”Victoria Pomery, Director of Turner Contemporary, said: ‘Artists’ curiosity about the world and how it informs their artistic production is at the heart of this exhibition. The show brings together a wealth of wonderful artefacts and artworks by leading historical and contemporary artists. The opportunity to see such an extensive range of material allows visitors to think more about the role that curiosity plays in all our lives.’

Historical artefacts include: the mineral collection of Roger Caillois from the Natural History Museum in Paris, a scrying mirror and crystal reputed to have belonged to John Dee, a cabinet bought the diarist John Evelyn by his wife in 1652, ivory anatomical models from the seventeenth and eighteenth centuries, Robert Hooke’s Micrographia with its startlingly detailed illustration of a flea, and a penguin collected by Ernest Shackleton’s Antarctic expedition.

press preview Thursday 23 May 11.30am
RSVP to Monique Kent atmkent@turnercontemporary.org