Zink Yi created a new work for his exhibition "Why am I here and not somewhere else - independencia II": the entire architecture of the Villa Salve Hospes will become a sounding body based on a complex sound concept. Loytved, in Stressed Desserts transforms everyday objects into autonomous art objects by means of simple or complicated, occasionally destructive processes. 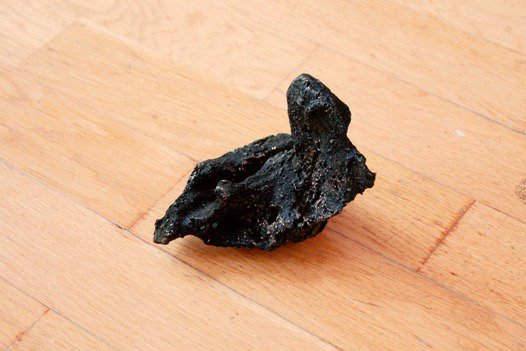 David Zink Yi (*1973 in Lima, Peru) has been dealing intensely with music and the production of music for many years now. From this context, he created a new work for the Kunstverein Braunschweig: the entire architecture of the Villa Salve Hospes will become a sounding body based on a complex sound concept. For his eleven-channel video installation, the artist invited eleven Cuban musicians-many of them from the circle of the band De adentro y afuera he started up in Havana-to perform their own compositions in a collective rehearsal. The musicians and their sounds have been distributed throughout the spaces of the villa in such a way that the organic proliferation of the music counteracts the hierarchic arrangement of the building's rooms. A composition and cooperation of the sounds develops that is dependent on the visitor's position.

Based on Michel de Certeau's 'Walking in the City,' in which perception by the eye works against that by the body, David Zink Yi's work is tantamount to listening to the driving force of the wanderer. Attracted by the instruments and their tonal attributes, visitors walk through the rooms of the villa and in the process encounter individual musicians in the group. At the same time, this results in an intimate moment of watching and listening in a combination with the strict and complex music production.

David Zink Yi studied from 1997 to 1999 at the Akademie der Bildenden Künste in Munich and from 1998 to 2002 at the University of the Arts in Berlin. Solo exhibitions of his works have already been mounted at the MAK-Austrian Museum of Applied Arts/Contemporary Arts in Vienna, the Kunsthalle St. Gallen, and the Neuer Berliner Kunstverein (NBK) in Berlin. He has furthermore participated in numerous international group exhibitions, including at the Tate Modern in London, the KW-Institute for Contemporary Art in Berlin, the 9th Havana Biennale, Made in Germany I in Hannover, and in 2004 he was the recipient of the Karl Schmidt-Rottluff Scholarship.

The exhibition is being supported by:
State of Lower Saxony, Stiftung Niedersachsen, Veolia Environnement

Axel Loytved transforms everyday objects into autonomous art objects by means of simple or complicated, occasionally destructive processes. His formal sculptural composition is thus often preceded by the dissolution and disappearance of the source material: shelves are shredded, jute bags filled with cement, plastic bags perforated. Loytved counters the rationalized consumer world that spawned one or the other of his materials with a playful experiment, which generates unexpected, random forms. He renders non-durable articles of everyday use useless and in turn lends them an ironic aura of impermanence.

In the Remise of the Kunstverein, Axel Loytved (*1982 in Bad Mergentheim, lives in Hamburg) is pre-senting, among other works, a very recent one: From the A to the B to the X to the F to the D to the Z to the E to the O to the P to the C to the H to the I to the J to the W (2013) consists of fourteen bronze sculptures that are lying in apparently random order on the floor of the exhibition space. The curious forms are reminiscent of rocks of cosmic origin or archeological finds. However, they come from almost outrageously profane sources: Loytved collected those chunks of snow that form next to the tires of a car on the body floor and preserved the abstract random objects, in a permanent process of dissolution, in bronze casts patinated black.

Axel Loytved studied with Nicola Torke, Raimund Kummer, and Christoph Schlingensief at the Braunschweig University of Art and was awarded the master student prize in 2010. This was followed by the NORDWEST Art Award from the Kunsthalle Wilhelmshaven (2011) as well as the working scholarship from the City of Hamburg (2013). His works have been presented at the Falckenberg Col-lection in Hamburg, at the Museum Folkwang in Essen, and at the Kunstverein Wolfsburg, among other venues.

The exhibition is being supported by: State of Lower Saxony