For "Haruspex", van Woert presents new works inspired by the theme of haruspicy. For "Oblique Gravity", Pimentao creates and exhibit an ensemble of new oeuvres-monochromes mounted on frames will provide the structure or framework for his sculptural installations. 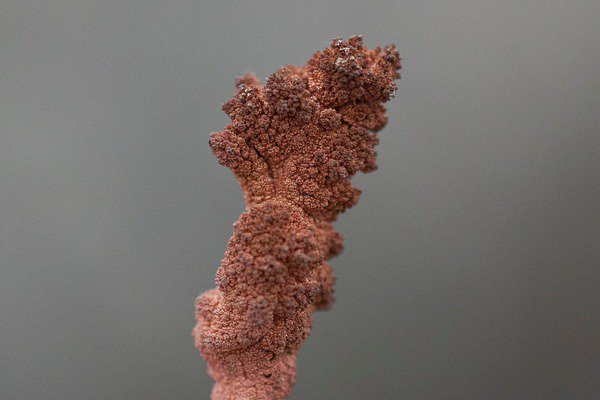 Yvon Lambert is pleased to present Haruspex, Nick van Woert’s third solo exhibition with the gallery. For this exhibition, Nick van Woert will present new works inspired by the theme of haruspicy, an Etruscan and Roman religious practice which consisted of interpreting omens or divining the future by inspecting the entrails of sacrificial animals. Like a haruspex, the artist has chosen to reveal and examine certain aspects of our society, just as the entrails of animals were considered to be the reflection of the economic and geographical situation of the milieu in which they were reared.

Through the use of building or DIY materials, Nick van Woert mixes, compresses and exhibits or arranges in layers heterogeneous elements from the industrial world, salvaged pieces of wood, cat litter, and parts of plastic toys. Like an alchemist or archaeologist of the present, he creates new materials with varied colours, textures and matter, to which he adds an industrial dimension by sha- ping them in the form of beams or lumber and placing them, one on top of the other, on metallic rails. For this exhibition, Nick van Woert will also make use of an anthropomorphic sculpture, purchased on an Internet site dedicated to home and garden ware. This sculpture will be cut in two and one half will be melted down to make hammers, sledge hammers, axes and crowbars. This part of the sculpture will be hung on the wall by its flat side like a tool in a store or a workshop. The other half of the sculpture, the emptied-out part, will remain lying on the ground.

Once again, the artist draws his inspiration from forms traditionally associated with art history, as well as ancient or classical sculpture, all the while questioning the functions of statuary art (or- namental, social or political). Nick van Woert developed in the same time a new and personal vocabulary that has been heavily influenced by architecture – his initial course of study – and the varied landscape of the state of Nevada where he was born, somewhere between arid desert and an excessive or outrageous urban space.

Yvon Lambert is pleased to announce the first solo exhibition of Diogo Pimentão. For this event, the Portuguese artist will create and exhibit an ensemble of new oeuvres –monochromes mounted on frames will provide the structure or framework for his sculptural installations, as well as his drawings transformed into ‘3D works’, placed on the floor or against the walls of the exhibition space.

Even though, the use of graphite on paper is omnipresent in his work, Diogo Pimentão goes beyond the simple or mere practice of drawing. Rather than simply being the tool used to create the work, graphite becomes the subject itself and takes over the flat surface of the paper or the wall, scratching or grazing it, inserting itself into the curve of a fold and/or totally impregnating the medium used. The surface is transformed into a texture that is both sensual and metallic, before it is crumpled, folded or displayed in such a fashion that it can be likened to a sculptural form.

For the artist, the act of drawing is also an appropriation of the given space, a choreographic ges- ture, which is sometimes filmed and shown as a performance piece. The production process is the key act to this approach, which abolishes all boundaries between drawing, sculpture and perfor- mance. To quote Julie Pellegrin1: ‘Pimentão subverts the typical rationality of the viewer’s gaze in terms of conventional drawings, in order to concentrate on the corporal and acoustic aspects which are no longer considered as a collateral effect but as those elements which generate the form and organize perception’.

The modernity of Pimentão’s oeuvre lies in its profound and experimental understanding of the material used, where the momentum or impetus of the gesture merges with the precision of the resulting form.