Death in the Making. The war photographs 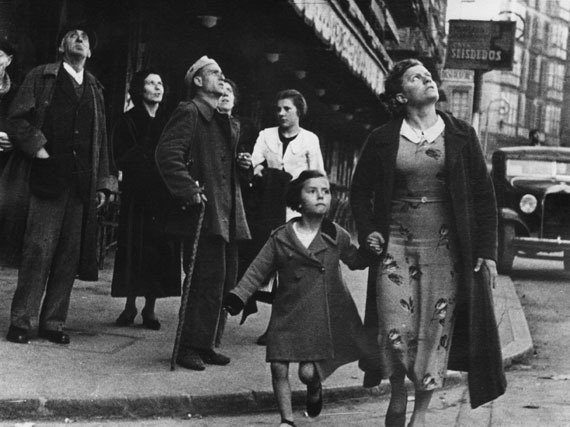 "Death in the Making" will not only feature images from the numerous conflicts he captured on the ground - including the civil wars of Spain and Cambodia, D-Day and The Liberation of Paris, and the First Indo-China War - but also rare printed works from Gallery Owner Ben Burdett's private collection. The very camera that launched Capa's career, capturing some of the most momentous reportage photographs of our time, including his first assignment to photograph Leon Trotsky's 'In Defence of October' speech in Denmark in 1932, will also be on display, in addition to important early prints of images shot with the camera. The rare Leica was acquired by Atlas Gallery for a client at a specialist collectors' auction in Vienna in 2012. Also part of the exhibition will be a number of images by Russian war photographer Dmitri Baltermants, who was operating on the Russian front at the same time as Capa was reporting from World War II. These works are shown in collaboration with Glaz Gallery and the Dmitri Baltermants Estate, Moscow. (Image: Crowds running for shelter, Bilbao, 1937 C Robert Capa/Magnum Photos)