Turning Fact Inside Out

Celebrating the first decade of its building as one of the UK's primary centres for new media art, Fact has commissioned new works to emerging and established artists, including HeHe, Nina Edge, Katarzyna Krakowiak, Steve Lambert, Manifest.AR, and Uncoded Collective. 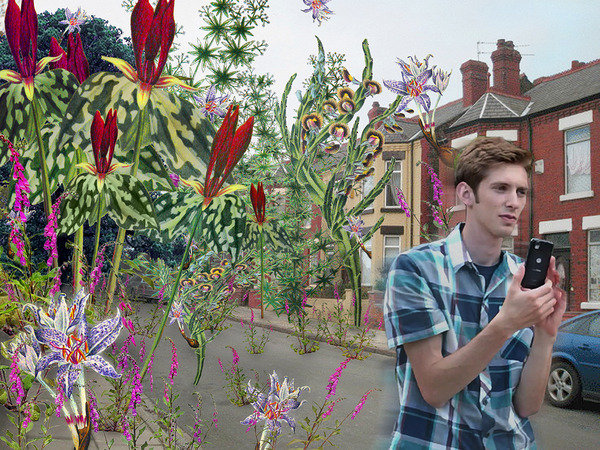 This summer at FACT, a selection of provocative international artists tackle some of the most pressing, controversial and literally ground-breaking political issues of today.

Exploring aspects of environment, architecture, capitalism and augmented reality, Turning FACT Inside Out is an exhibition that will take over the entire building and beyond, including recreating an indoor fracking site complete with earth tremors and flames.

As FACT celebrates the first decade of its building as one of the UK’s primary centres for new media art, it has commissioned an artists’ take over, featuring bold, new or never before seen in the UK works from emerging and established artists, including HeHe, Nina Edge, Katarzyna Krakowiak, Steve Lambert, Manifest.AR, and Uncoded Collective.

Offering an opportunity to explore and debate the role and possibilities for the cultural institution and arts venue in a post-digital age, Turning FACT Inside Out is set to continue FACT’s tradition of staging risky and exciting immersive installations such as Kurt Hentschläger’s ZEE (2011) and Nick Crowe and Ian Rawlinson’s indoor fireworks (At 25 Metres, 2007).

Turning FACT Inside Out was curated by Mike Stubbs, FACT CEO and Aneta Krzemien, based at the Centre for Architecture and Visual Arts (CAVA) at the University of Liverpool, as part of the Collaborative Doctoral Award scheme funded by the Arts and Humanities Research Council (AHRC)

Opening on 13 June from 6 - 8pm with artist performances, music and complimentary ales provided by Liverpool Organic Brewery in our free opening event.
The special opening event will feature artist performances and talks from Katarzyna Krakowiak and Nina Edge, music from Harlequin Dynamites, and a selection of award winning ales from Liverpool Organic Brewery which will be available free on the night.
Following the opening we head to The Kazimier Garden to continue the celebrations with Hive DJ's and a performance from Glaswegian music legend JD Twitch (Optimo).
Both events are open to all, and are completely free with no ticket required.