Nordic Biennial for Contemporary Art. Erlend Hammer and Power Ekroth curate two separate parts, each with an own exhibition title and group of artists. Both work closely with artists they invite to the show, and are concerned with the collaboration process between artist and curator. The main venue is Momentum kunsthall, in addition Heilmannparken, a pale garden from 1809, and an outdoor area at the entrance to Mollebyen and Momentum kunsthall. 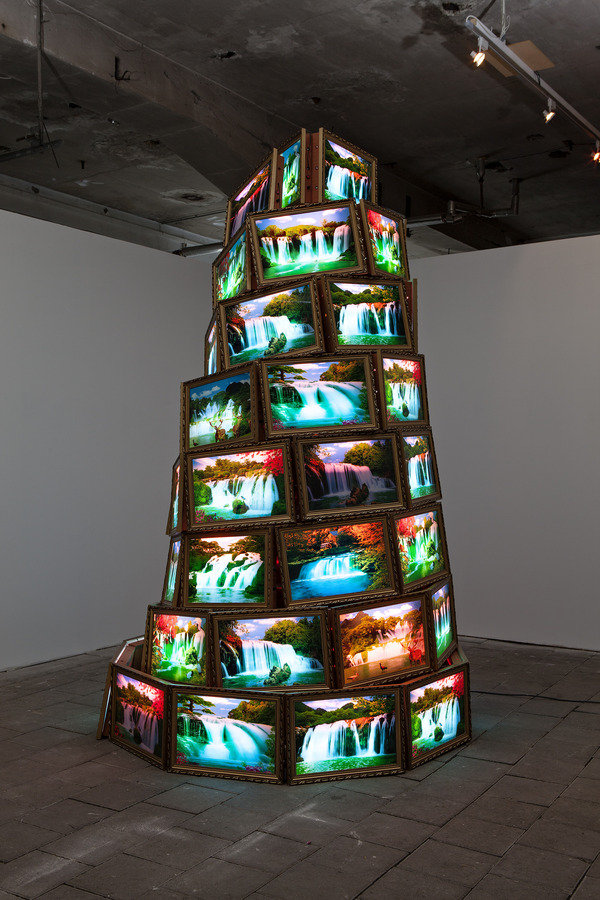 Erlend Hammer and Power Ekroth curate two separate parts for Momentum 7, each with an own exhibition title and group of artists. Both work closely with artists they invite to the exhibition, and are concerned with the collaboration process between artist and curator. By sharing the biennale between them, they constantly put their separate signature on their part of the exhibition, and will to a greater extent be individually responsible for the end result, which in turn affects the ambition to create the best possible biennial. The Biennials main venue is Momentum kunsthall, a former brewery in the city centre of Moss. In addition Momentum 7 engages Heilmannparken, a pale garden from 1809, and an outdoor area at the entrance to Møllebyen and Momentum kunsthall.

Power Ekroth about Six Impossible Things Before Breakfast
Advocating a romantic thought about contemporary art being worth something beyond an economical value, or a simple marker of social stand, the exhibition Six Impossible Things Before Breakfast challenge the visitors stop for a second and think about what art may be and mean to a society. The works in the exhibition are thus not to be considered as bricks that fit into a tight conceptual wall. Most of the works are produced for Momentum by artists that were invited because of an ability to embrace serious issues with a playful mind and a dash of humor. Some ideas and works proposed in the exhibition might indeed be impossible, others problematic, others obscure or perhaps even idiotic. An exhibition or an art work may represent a looking-glass into another world; deformed or deranged, a place where mystery and allure can be found, where one can lose oneself for a moment and exit with some new food for thought. The call to try to think of Six Impossible Things Before Breakfast every day is most likely one of the most important activities one can engage in, something that may fuse resistance, innovation and perhaps even: change.

Erlend Hammer about Dare 2 Love Yourself
Dare 2 Love Yourself is a group exhibition for which the artists were invited on the basis that their work should function well together. Some works are now presented in Norway for the first time, or in a new context where they get to play against other works. Other works were produced especially for this exhibition. Common to all of them is that the focus along the way has been based on the dialogue between the artists and the curator. The goal has been to create an exhibition that is experienced as coherent even if there is no common thread.

The curatorial choice
The curator’s method of curatorial collaboration is a continuation of how Ekroth and Hammer previously worked with texts, often under the common name PowerHammer. The first of these texts addressed the issue of biennials and were published in B-Post Journal in 2008.

Both Ekroth and Hammer work primarily in a way that relies on close collaboration with the artists, and both have a passion for curating exhibitions based on the selected artists rather than to create definite constraints for the artists to adapt. The exhibitions emerge in dialogue between curators and their respective groups of artists.

Although both Ekroth and Hammer work with their artists in a similar, process-oriented way, there are also significant differences between the two curators. This is true both in terms of how they see their role as curators, as well as what might be called a generally different ideological approach to the arts.

Press preview Saturday June 22nd at 13pm in Momentum kunsthall, Moss with curators, artists and the director of Punkt Ø.