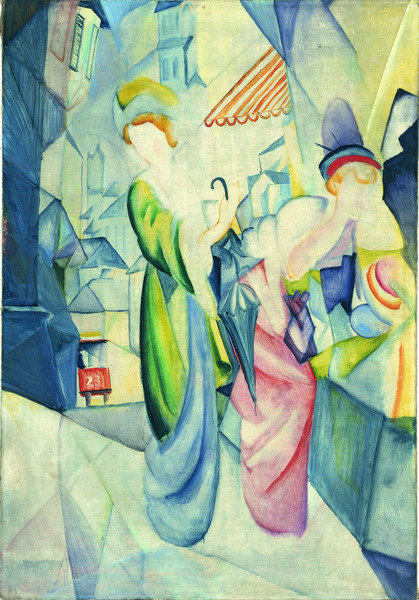 On the occasion of the 100th anniversary of the “Exhibition of Rhenish Expressionists” the Kunstmusem Bonn presents the show “An Expressionist Summer – Bonn 1913”. In 1910, August Macke and his young family returned to Bonn from where he established contacts to many other artists. His house on Bornheimer Straße, which was both home and studio, became the meeting point for the Rhenish art scene. In 1913, August Macke gathered the “Rhenish Expressionists” at Kunstsalon Cohen opposite Bonn’s university for the first time. The title was not based on an ideologic aim, but was chosen by the artists themselves during that meeting.

The 100th anniversary of the show is reason enough to present a selection of works by the Rhenish Expressionists that were part of it in 1913.