A Revolution in Art, 1910-1940. The turmoil of the revolution between 1910 and 1920 led to a period of profound political change in which the arts were placed centre stage. Comprising over 120 paintings and photographs, the exhibition brings together works from both public and private collections across the Americas and Europe. 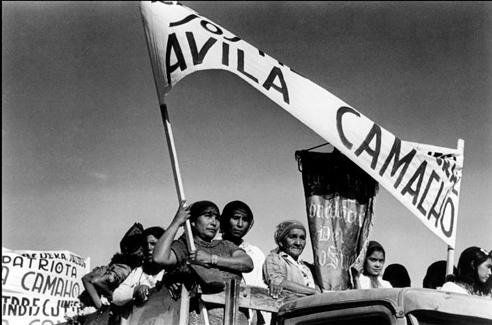 Mexico: A Revolution in Art, 1910 – 1940, will examine the intense thirty year period of artistic creativity that took place in Mexico at the beginning of the twentieth century. The turmoil of the revolution between 1910 and 1920 led to a period of profound political change in which the arts were placed centre stage. Comprising over 120 paintings and photographs, the exhibition brings together works from both public and private collections across the Americas and Europe.

In 1910 the outbreak of revolution brought to an end the long reign of Porfirio Díaz who had held the presidency since 1876. Once the turmoil had settled, the subsequent political change ushered in a period often referred to as a cultural renaissance. Under state-sponsored schemes, artists were employed by the Ministry of Education to further the political aims of the revolution; art was embraced as symbolic of the inherent creativity and industry of the nation and was, therefore, seen as representative of the principles of the revolution. Figures such as Diego Rivera, José Clemente Orozco and David Alfaro Siqueiros (los tres grandes) were at the vanguard of this movement. Mexico: A Revolution in Art, 1910-1940 will highlight an extraordinarily productive and diverse period in the history of Mexico; a time when Mexico attracted large numbers of significant international artists and intellectuals who engaged with the political changes taking place, and responded to the rich and varied country they found on arrival there. For many, Mexico was an unspoilt land rich with history, stunning scenery and a diverse population; it heralded a sense of discovery and a promise of adventure.

Work by significant Mexican artists will be placed alongside that of individuals who were affected by their experiences in Mexico. These include Josef Albers, Edward Burra, Robert Capa, Henri Cartier- Bresson, Philip Guston, Marsden Hartley, Tina Modotti, Henrietta Shore, Paul Strand, Leon Underwood and Edward Weston.

The exhibition concludes in 1940, a momentous year in Mexican cultural and political life. 20 Centuries of Mexican Art opened at the Museum of Modern Art, New York, an important exhibition that demonstrated the elevated position that Mexican art had attained in the US by this time. In the same year André Breton organised the International Surrealist Exhibition at the Galería de Arte Mexicano in Mexico City. Robert Capa, who was commissioned by Life to cover the presidential elections, also reported on the death of Leon Trotsky who, having sought political asylum in Mexico in 1937, was assassinated.

Mexico: A Revolution in Art, 1910-1940 will reveal a dynamic and often turbulent cultural environment that included some of the most seminal figures of the twentieth century reflecting on their interaction with each other and their differing responses to the same subject: Mexico.

CATALOGUE
The exhibition is accompanied by a fully illustrated catalogue. Adrian Locke’s incisive text explores the artistic documentation of the dramatic changes wrought by the revolution, the government’s role in employing artists to promote its reforms, the emergence of a native modernism, and the remarkable contribution of European and American artists and intellectuals, including Eisenstein, Trotsky and André Breton, to Mexico’s cultural renaissance.

ABOUT THE ROYAL ACADEMY OF ARTS
The Royal Academy of Arts was founded by George III in 1768. It has a unique position in being an independent, privately funded institution led by eminent artists and architects whose purpose is to be a clear, strong voice for art and artists. Its public programme promotes the creation, enjoyment and appreciation of the visual arts through exhibitions, education and debate.