New public art is what happens when public experience and political life are the medium and the material of the artwork, when the commons are the site of art, and public space is the stage. New public art moves between the monumental splendor of religious and state rituals, and the creation of a new political culture. 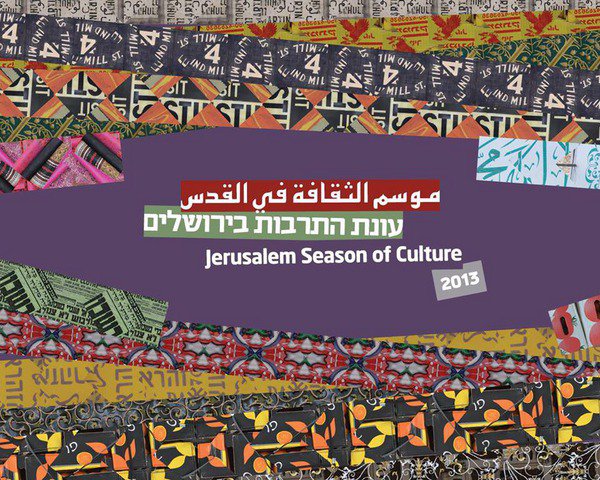 Under the Mountain 2013 is a school for action, life and politics which proposes to speak together about the artistic and the public. It invites people to engage as both citizens and artists, organically and critically, in the activity of state institutions. School actions will compose an international platform situated in key sites of the public domain : The Israeli parliament, The Western Wall, The Jerusalem Municipality, a school, a town square and a hotel lobby, with various actions, lessons, theory, history, radio, social experiments, a library and a party.

New Public Art School is a call to productive tension with the commonplace, questioning the everyday and reinventing public behavior. It is about practicing new and given forms of collectivity and thinking: what can people do together? New Public Art School is a critical and constructive settlement in the heart of collective consciousness and state institutions, an attempt to rearticulate what is shared and common in the capital city. The school will present a series of proposals for the designing, redefining and redistribution of public space, and will call for the inauguration of state art.

Under the Mountain 2013 will open with the launching of the New Public Art School, a school performance in a school, proposing key concepts, study cases and advanced practices in new public art. For two days, the Experimental School campus in Jerusalem will host lessons, conversations, actions, workshops and a party.

On the first day, artists, researchers, and students from Israel and the rest of the world, will lead a curriculum starting from the afternoon and deep into the night. High school students will present “A Riot in the Ghetto” (public reading of the Israeli Parliament's Education Committee protocols from a debate held following disturbances by students during a performance of the play “Ghetto” by the Cameri Theatre). Artist, activist and Big Brother star Saar Székely will hold auditions for anyone interested in spending a day under his gaze, and membes of the russian collective Chto Delat? will perform a lecture, all leading to a party.

The second day will focus on research and action workshops in the school campus and around town (we highly recommend that you register in advance). And of course, the participants will not be sent back to public space without assignments and homework.

2. Tino Sehgal Tribute
An immaterial artwork performed by a group of people. The group will perform a copy of Tino Sehgal's work This Situation (2007).

10. In search of the hero of our time | Chto delat?
Lecture performance by Tsaplya Olga Egorova and Dmitry Vilensky (with a participation of Alexander Skidan)
Thursday, July 11, 8:30pm-9:30
Schoolyard

15. What is to be done between tragedy and farce?
A seminar on the methods of the platform Chto Delat
Friday, July 12, 11am-4pm