50th anniversary. The legacy of artistic strategies developed by women artists since the 1960. The wide range of works includes videos and performances, paintings, costumes, sex toys, books, puppets and wallpaper. The exhibits drawn from different generations also make up the foundation for a dialogue that establishes unexpected perspectives for the present day. 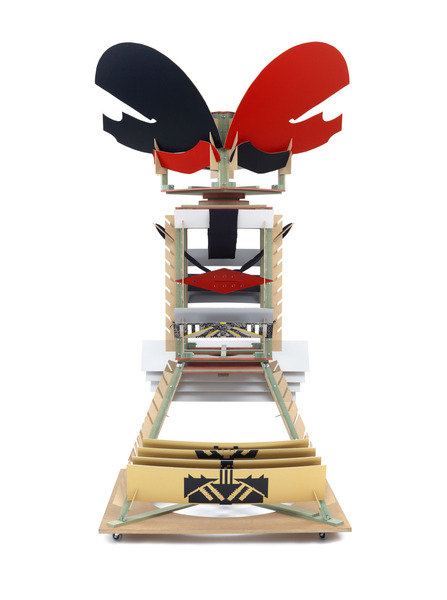 For the exhibition commemorating its 50th anniversary, the Bonner Kunstverein has invited artists to respond to an exceptional aspect of its previous exhibition program: from early on and “in marked contrast to the machismo of the time” (Jürgen Harten), the Kunstverein has extensively presented female positions from the field of contemporary art. “HERstories” examines the legacy of artistic strategies developed by women artists since the nineteen sixties based on exhibitions organized by the Kunstverein over the last half century. The wide range of works includes videos and performances, paintings, costumes, sex toys, books, puppets and wallpaper. Not only are various methodologies, contexts and questions juxtaposed with each other here, but the exhibits drawn from different generations also make up the foundation for a dialogue that establishes unexpected perspectives for the present day.

The participating artists have for the most part developed new projects that reflect multifaceted dealings with the body and occasionally contain a performative dimension. Some of the contributions have been produced collaboratively, others underscore how questions and strategies raised by women have influenced the artistic practices of their male colleagues. They jointly pose questions about how the status, role and self-awareness of women in art have changed and remind us about the extent to which feminist debates have transformed the art world in recent decades. The exhibition’s title derives from the neologism “herstory,” a term coined in 1970 by the American feminist, author and publisher Robin Morgan as a counterweight to “history.” With this word she called for an alternative historiography in which women can find their place as active participants. An accompanying symposium featuring artists and academics on June 23 takes up this challenge, addressing historical and contemporary discussions.

In their dealings with the Kunstverein’s exhibition history, some of the invited artists recognized orientation points for their own practice, others discovered complementary approaches or close affinities. NICOLAS PARTY (b. 1980, Switzerland) for example presents his still lifes in the context of paintings of men and women by MIRIAM CAHN (b. 1949, Basel) that together lead to a dialogue concerning corporeality and inner space. RITA McBRIDE (b. 1960, Iowa) developed a picture together with MARLENE DUMAS (b. 1953, Cape Town) that serves as the basis for an expanded presentation of works by MELISSA GORDON (b. 1981, Boston), PETRA MAITZ (b. 1962, Austria) and ANNE PÖHLMANN (b. 1978, Dresden). As a former Peter Mertes grant holder, MONIKA BAER (b. 1964, Freiburg im Breisgau) has chosen by contrast to reference herself, continuing the process of questioning her own artistic identity in the presentation of earlier pictures. CHRISTIAN FALSNAES (b. 1980, Copenhagen) sees a link between his filmed performances produced at the Kunstverein with residents of Bonn and MARIANNE WEX’s (b. 1937, Hamburg) poetical attempt to record gender typologies. DIANGO HERNANDEZ (b. 1970, Cuba) encountered a related iconoclastic as well as emotional means of dealing with architecture in the artistic practice of FRIEDERIKE TEBBE (b. 1961, Hannover). In her theatrical performances and videos, SPARTACUS CHETWYND (b. 1973, London) felt herself inspired by the unashamedness and grandiosity in the films of KATHARINA SIEVERDING (b. 1944, Prague). SUSE WEBER (b. 1970, Leipzig) kept the book on CHARLOTTE SALOMON’s (b. 1917, Berlin, d. 1943, Auschwitz-Birkenau) cycle “Life? or Theatre?” with her for a long time and furthermore asks where this division lies in society and in everyday life. Works by women artists selected from the Kunstverein’s exhibition history will accompany this group presentation or the supporting program.

In conjunction with the central symposium, the HERstories exhibition invites visitors to rediscover important decades in the history of art and of the Kunstverein. It bridges the generations, emphasizes the on-going relevance of historical themes as well as their development over the years in new questions. And particularly now, on our 50th birthday, we are faced more than ever with the question: What foundation has our history laid for the present day?

The Bonner Kunstverein is proud to announce the celebration of its 50th anniversary on Sunday, July 14 12a.m. to 6p.m.
Everyone is welcome to join us on July 14 and partake in the interventions of Christian Falsnaes and Suse Weber; to interact with the outdoor project by Nicolas Party and to explore the history of the institution through the photographs of Franz Fischer, which will be presented in dialogue with members who have been following our program over these many years.